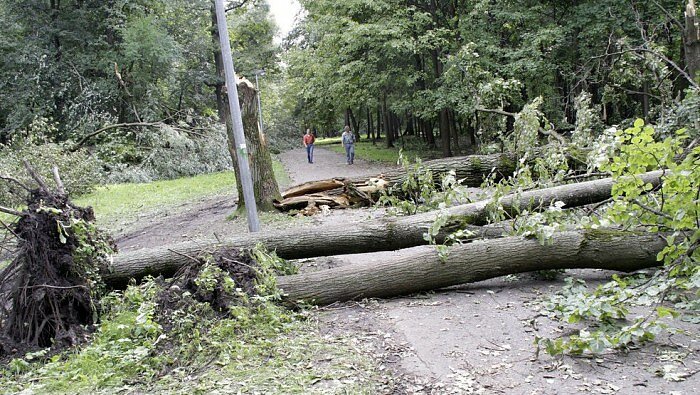 People rushed in panic when hit by storm on the beach. Many of them say they have never seen the storm of such power at the Lithuanian shores.

Meteorologists did not provide any notification about the upcoming storm. A couple of days before it were about hottest over several decades. Temperatures in Lithuanian resorts soared even over 30 degrees Celsius.

Simply disaster. A very strong squall and sand storm swept along the beach. People struck by panic took their children and started to run. Berths were flying. Everything was flying in the air. People were at a loss. It was impossible to see anything, because there was sand all around.

Owner of the destroyed beach cafe:

The wind was very strong, it destroyed literally everything. (Reporter interviews about losses) It will take some ten years of hard work to compensate the losses. Nothings left of this place.