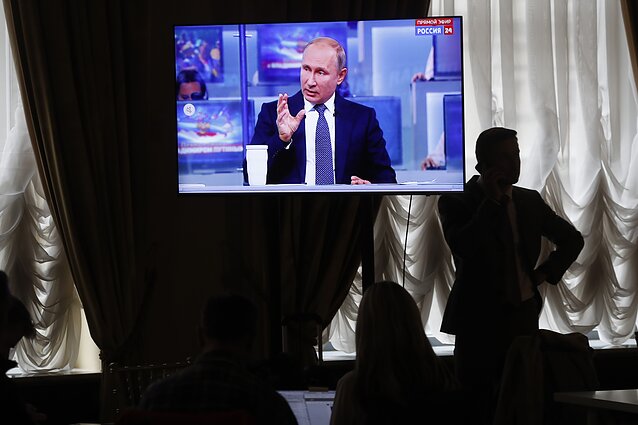 With the state of emergency in Lithuania now limited to zones along the country’s borders with Russia and Belarus instead of the entire country, the parliament has legislated a temporary ban on Russian and Belarusian TV and radio broadcasts in Lithuania.

The law was passed on Thursday in a vote of 113 to zero with four abstentions.

The amendment to the Law on the Provision of Information to the Public imposes a temporary ban on rebroadcasting and online distribution of radio, TV or individual broadcasts by entities established, directly or indirectly owned, controlled or financed by the governments of Russia and Belarus.

The provision will remain in effect until October 16, 2024.

According to Vytautas Juozapaitis, chairman of the parliamentary Committee on Culture, “there can be no doubts today that we must safeguard our information space”.

Meanwhile, MP Petras Gražulis said that those who wanted to watch Russian or Belarusian broadcasts would always find ways to do so.

“Let’s allow people to choose all information and people will choose what they need,” he added.

The parliament voted on the amendment under a fast-track procedure. Until last Friday, Russian and Belarusian programmes were restricted as part of the state of emergency measures.