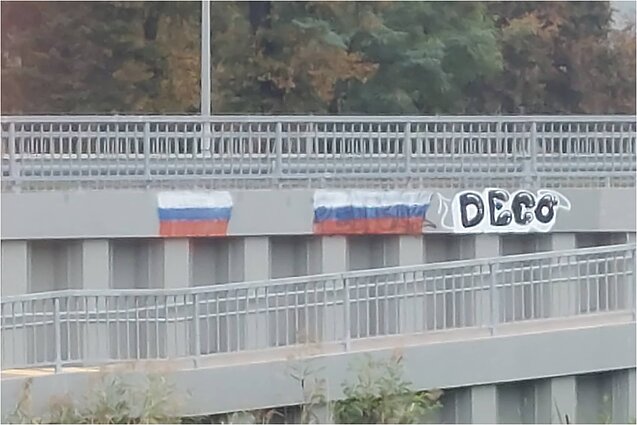 Russian flags were spray painted overnight on various walls around Grigiškės, a suburb of Vilnius. The police are now looking into the incident.

“Grigiškės was, is and will be Lithuania. We will not give in to provocations,” Daiva Sinkuvienė, the chairperson of the Vokė community, said on Facebook. The flags were first noticed on Thursday morning, Sinkuvienė later told LRT.lt.

“We saw Russian flags painted in parts of Grigiškės where there are viaducts and tunnels”, including on the motorway and the roads and bridges leading there, she said.

“The municipality appealed to the Vilnius Municipality, asking Grinda to paint over the flags as soon as possible, in coordination with the police officers,” Sinkuvienė added.

She claimed the incident was a “provocation”, following the mobilisation announcement in Russia.

The police are currently investigating the incident, but are yet to decide whether to open a pre-trial investigation. According to a Vilnius police spokesperson, Julija Samorokovskaja, law enforcement first need to assess the damage. 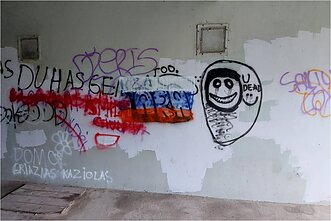 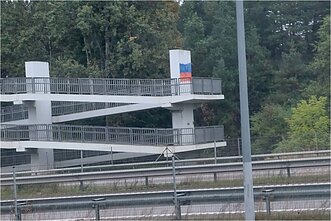 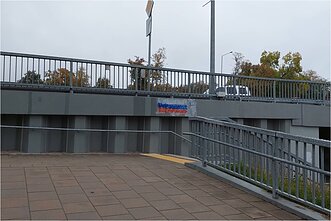 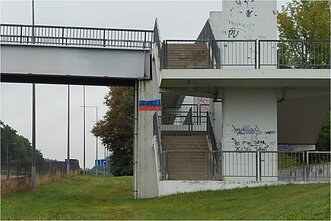 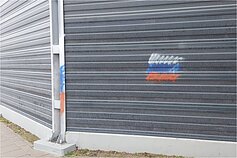