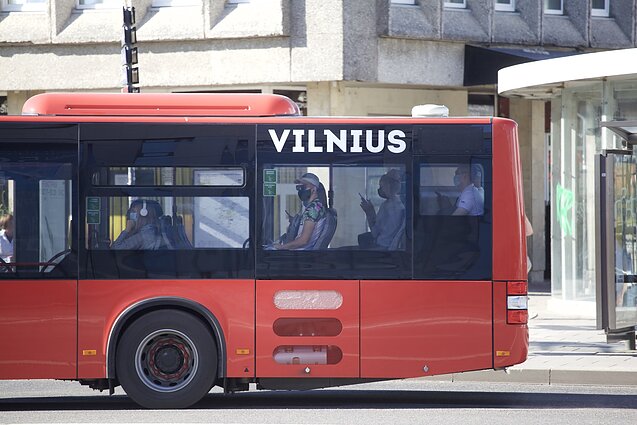 The integrated schedules will allow to monitor the location and routes of buses and trolleybuses in real time and will thus facilitate the movement of passengers in the three largest Lithuanian cities, the Transport Ministry said.

“Previously, only static information was available to [Google Maps users] – which stop the bus or trolleybus they needed would arrive at and which route it would take. Now, dynamic data – real-time movement of the vehicle – is available on smartphones,” said Transport Minister Marius Skuodis.

In order for Google Maps to work in Lithuania, municipal companies had to organise the information and submit it in a global standard format to Vintra, the information system managed by the Ministry.

On the morning of 22 September, Skuodis is testing the new function by travelling from the centre of Vilnius at 11:00 to a working meeting at the parliament, together with Deputy Mayor of Vilnius Tomas Gulbinas.