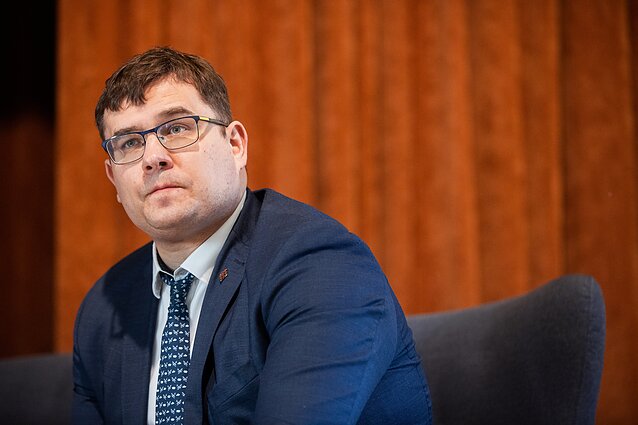 Foreign arms manufacturers are considering to set up a production facility in Lithuania, says Laurynas Kasčiūnas, conservative chairman of the parliamentary Committee on National Security and Defence.

On Wednesday, the committee talked about the Lithuanian military’s stockpile and national production capacity.

The war in Ukraine has shown the need to stock up as much as arms as possible, Kasčiūnas said, adding that it would be particularly useful to attract foreign investors to Lithuania.

“The first thing is to look for investors here in Lithuania to set up arms production facilities. And there are even major global companies that are weighing options. We are working with them and looking for ways to align interests. Imagine if an ammunition or artillery production facility is built in Lithuania. That’s serious business,” Kasčiūnas told reporters after the committee’s meeting.

He refrained from naming manufacturers or their home countries but added that the process was in its initial stage. “But I believe that our institutions will do their best to assess the opportunities sincerely and engage in serious hunting,” he said.

Speaking about Lithuania’s current stockpile, Kasčiūnas said the country’s situation is “much better than a year or two ago”.

“The problem is that the arms turnover in the Western industry is not that high as everyone is standing in line and not all purchases come quickly. But we have improved the situation in some important positions,” Kasčiūnas underlined.

Deputy Defence Minister Žilvinas Tomkus says at least 10 percent of the military budget should be spent on building up the armed forces’ stockpile.

Lithuania allocated 2.5 percent of its GDP to be spent on defence this year.