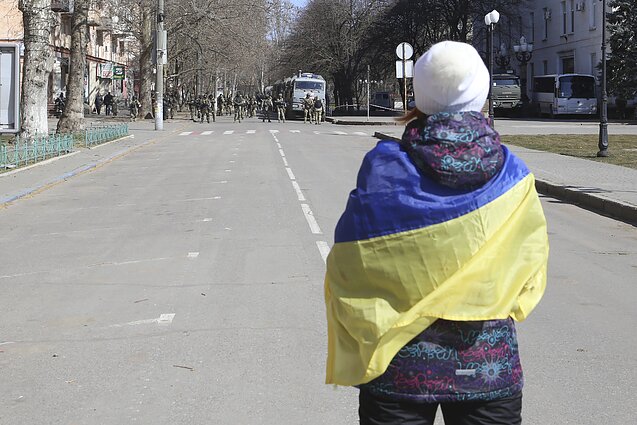 A woman covered by Ukrainian flag stands in front of Russian troops in a street during a rally against Russian occupation in Kherson, Ukraine, in March / AP

Vilnius will not recognise the results of referenda being organised in the occupied territories of Ukraine regarding their annexation to Russia, Lithuanian President Gitanas Nausėda has said.

He called the planned votes a “parody” of democracy.

“What Russia is doing in Donetsk, Luhansk and other occupied territories of Ukraine is a parody of democracy. It’s an attempt to cover the true face of the totalitarian regime. These regions are and will be Ukraine, and Russia’s sham referenda are illegal. Lithuania will never recognise them,” the president was quoted in a statement on Tuesday.

Moscow-backed separatists in Ukraine’s eastern Donbas region and pro-Kremlin authorities in Ukraine’s occupied territories in the southern Kherson and Zaporizhzhia regions said on Tuesday they would hold referenda on becoming part of Russia from September 23 to 27.

Moscow-backed separatists have controlled large parts of the industrial Donbas area since 2014. The regions of Kherson and Zaporizhzhia were occupied after Russia launched a wide-scale invasion of Ukraine in late February. 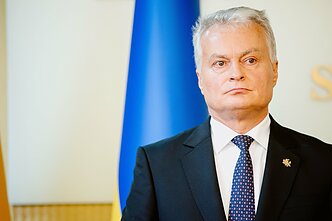