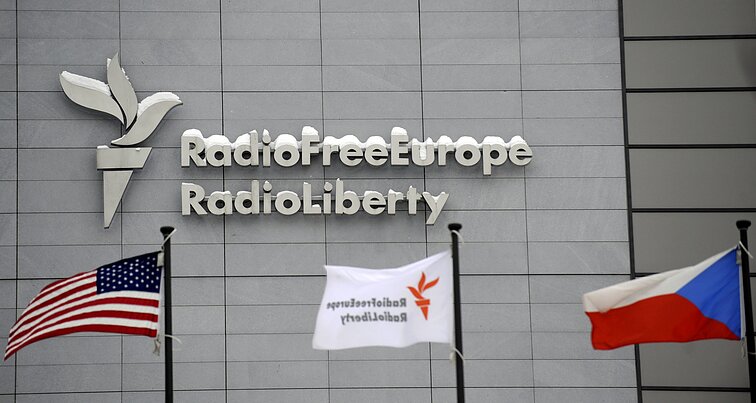 Gintarė Žukaitė-Zelenkienė, a former head of the Lithuanian parliament speaker’s secretariat, has been appointed to head the Vilnius office of Radio Free Europe/Radio Liberty (RFE/RL).

RFE/RL has announced that she “will serve as the head of the company’s Vilnius office, the new home for RFE/RL’s Belarus Service and Current Time”.

Her past career includes heading the secretariat of two speakers of the Lithuanian Seimas, incumbent Viktorija Čmilytė-Nielsen and her immediate predecessor Viktoras Pranckietis. Before that, Žukaitė-Zelenkienė was vice-dean of the Faculty of Political Science and Diplomacy at Vytautas Magnus University in Kaunas.

“Gintarė brings significant experience, professionalism, and a commitment to RFE/RL’s mission to Vilnius; and I am delighted she will lead our bureau,” RFE/RL president and CEO Jamie Fly said in a press release.

“The bureau in Vilnius is an important part of our strategy to counter Russian disinformation and the [Alexander] Lukashenko government’s censorship and intimidation. I have the utmost confidence in Gintarė to oversee our operations in Lithuania,” he added.

RFE/RL announced the opening of a new office in Lithuania in March following the forced closure of its operations in Russia and crackdowns on independent media in Belarus.

“The Vilnius office hosts displaced journalists from Belarus who were forced to flee following the country’s fraudulent 2020 election, as well as a new reporting team from the Russian-language television service Current Time,” according to the press release.

Current Time is a 24/7 Russian-language digital and TV network led by RFE/RL in cooperation with the Voice of America.

“In addition to reporting uncensored news, it is the largest provider of independent, Russian-language films to its audiences,” RFE/RL said.

“Despite rising pressure on Current Time from the Russian government and the Russian invasion of Ukraine, Current Time videos were viewed over 1.4 billion times on YouTube, Facebook, and Instagram/IGTV in the first half of 2022 alone,” it said.

“RFE/RL’s Belarus Service, known locally as Radio Svaboda, with a monthly average of over 33 million visits to its websites and 59 million page views, was first established in 1954 and is a leading provider of news in one of Europe’s most restrictive societies, defying the government’s virtual monopoly on domestic broadcast media,” according to the press release.