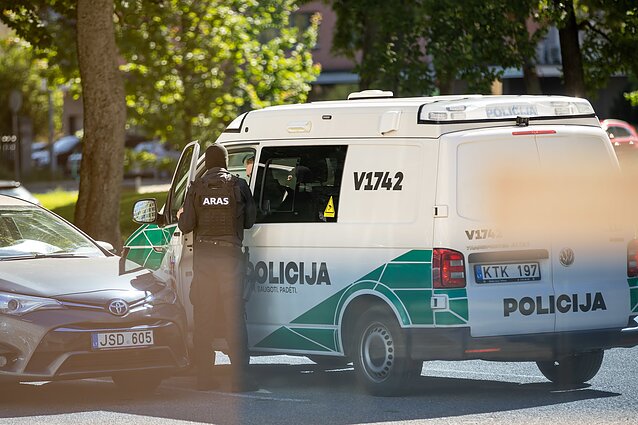 Police units were sent to a Belarusian opposition event in Vilnius on Tuesday in response to threats of possible explosions.

Julija Samorokovskaja, a spokesperson for the Vilnius Police, told LRT.lt that at 10:35, the police received an email stating that explosions were planned in several sites in central Vilnius.

Police crews were dispatched to the scene to check the objects.

“Officers are working on the site. So far, the reports have not been confirmed. But not all buildings have been checked yet,” Samorokovskaja said.

The addresses mentioned in the message include the Lithuanian parliament Seimas, one ministry, the Special Investigation Service, and other authorities, as well as the premises of the Belarusian opposition event. 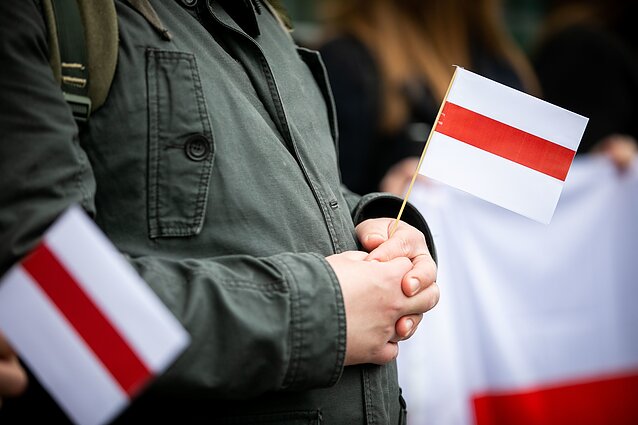 According to the organisers, the event, which was disrupted by the police operation, will be resumed.

“We were all asked to leave the hall and informed about the message received. The event will continue shortly,” Ana Krasulina, a spokesperson for Tikhanovskaya’s office, told LRT.lt.

She said that activists in Vilnius are constantly receiving threats. Belarusian or Russian services were most likely responsible for the provocation, according to Krasulina.

“I would say that this is just an interesting detail that shows what this conference means to our enemy [...]. It is also a sign for the Lithuanian authorities – Lukashenko's regime may not be threatening Lithuania, but they are terrorists, and they are using such tactics,” she said.

The Belsat and NEXTA Live channels on Telegram have shared videos showing conference participants being evacuated from a building on Jakšo street in Vilnius.

Later, Samorokovskaja confirmed that the police has not found any explosives at the listed sites. A pre-trial investigation for false reporting has been opened in connection with this incident, she added. 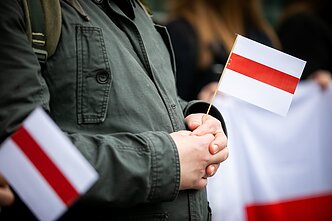