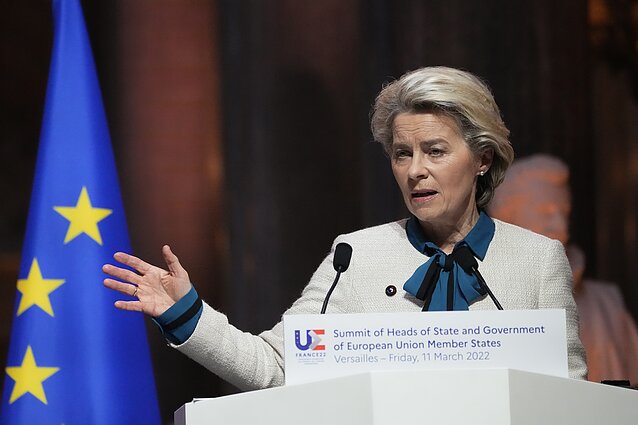 The European Commission’s updated guidelines on the Kaliningrad transit, issued in mid-July, is in line with the Commission’s previous clarification of the existing sanctions for Russia, EC President Ursula von der Leyen says.

“The guidance we published three weeks ago is in line with the previous guidance of the European Commission. It confirms that the transit of sanctioned goods by road with Russian operators is not allowed under the EU measures,” the EC president said in an interview with BNS, adding that the new guidance was issued to ensure unified applications of the sanctions for Russia.

“It is a clarification that was issued to provide additional information on how member states should monitor the movement of goods between Russia and Kaliningrad Oblast to avoid circumvention, now that the transition periods for some sanctioned goods have run out,” the EC president said.

Lithuania suspended the transit of sanctioned goods to Kaliningrad in June after EU restrictions on Russia came into force. Lithuanian officials said at the time the move was based on the Commission’s clarification issued in April.

After an outcry from Moscow, which threatened wth retaliation, the EC issued its updated guidance in July to allow rail transit which resumed in late July.

On July 26, after EU energy ministers agreed to voluntarily cut gas consumption by 15 percent, von der Leyen said Lithuania was on the right track in this area. In her words, the Klaipėda-based Liquefied Natural Gas (LNG) terminal and the Inčukalns gas storage facility in Latvia are key for ensuring secure gas supplies not only for Lithuania but also for the wider region. 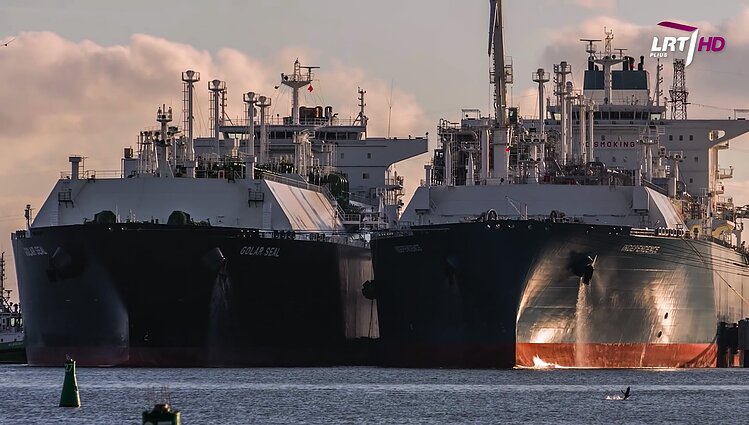 On Tuesday, July 26, EU energy ministers agreed that member states would aim to reduce their average gas consumption by 15 percent on a voluntary basis by the end of March next year. Lithuanian politicians say this would not be a problem for Lithuania as gas consumption in the country is already steadily decreasing, so no additional measures should be taken. Would the Commission still propose to Lithuania to undertake additional commitments?

Every cubic meter of gas saved strengthens our resilience against Russia’s energy blackmail. There is no small contribution. The more we save and the quicker we do it, the safer we will be. And I’m glad to hear that Lithuania is on the right track.

An EU-wide 15-percent reduction of gas consumption saved to the storage, combined with supply diversification and the development of renewables, would indeed, according to our calculations, allow us the go through a moderate to cold winter safely. Of course, the situation is very volatile. It is hard to predict the Kremlin’s next move. More efforts may be needed in the future. But right now, let us all focus our efforts on reaching the 15 percent target.

What is your assessment of the fact that on July 26 EU member states rejected the Commission’s proposal to empower it to activate a binding demand reduction target in case of an emergency?

This agreement is a very positive step forward and I strongly welcome it. There is a broad consensus on the conditions under which a binding demand reduction should be activated, and that is what counts. EU member states and the Commission are now working closely together within a common energy management governance system to help manage this crisis.

In any case, the demand reduction target would become binding, based on a decision by the Member States together, only in case of a full cut-off of Russian gas or a severe deterioration of the situation. I certainly hope the situation and the member states actions will keep us on track without needing compulsory targets. We are dedicating all our efforts to this.

Under what circumstances should Lithuania share its gas infrastructure — the LNG terminal in Klaipėda — with Europe and contribute to regional energy security and that of Europe as a whole?

The Klaipėda LNG terminal, as well as, for example, the Inčukalns storage facility in Latvia, are crucial to Lithuania’s and the wider region’s security of gas supply. The Klaipeda LNG terminal is used by shippers not just from Lithuania, but also from the other Baltic nations, as well as Finland. 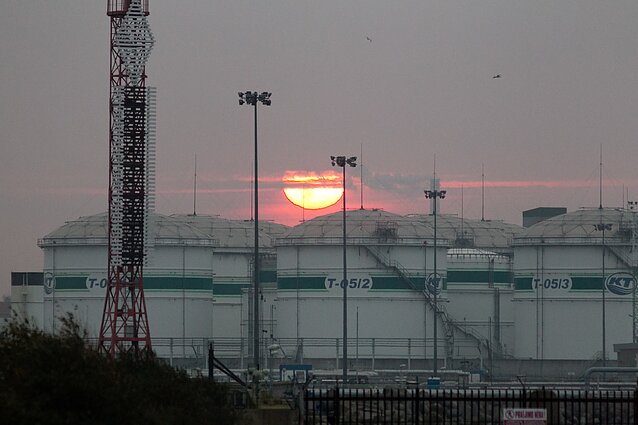 Our single market ensures that EU countries can easily use facilities in other member states. As we stressed in our preparedness plan, it is crucial to preserve a smooth functioning of our internal market, so that gas can flow to where it is most needed.

EU member states are obliged to fill their existing underground natural gas storage facilities to 80 percent of their capacity by November and to 90 percent of capacity in the following years. In case of a complete suspension of Russian gas deliveries, would it still be possible to achieve these targets both before this winter season and before the next one?

Our storage levels have been steadily increasing, and we are now almost at 67 percent. The sooner we reach our filling target, the better prepared we are for the next winter. This is why achieving a 15-percent gas consumption reduction target is so important. That is additional gas going to the storage. And as you know, we are also working hard on making alternative supplies available for the EU through the EU Energy Platform. We have an unprecedented boost of renewables and a strong increase of supply from partners other than Russia.

In case of a major supply disruption that significantly impacts the available gas that could be stored during the summer months, the targets and the trajectory set out in the regulation will be suspended. This would be a crisis situation that will be managed accordingly, in particular through the Gas Coordination Group. Our storage regulation allows for flexibility in this regard.

But thankfully we are not there. And hopefully, we will never be. All our efforts should be focused on preparedness. 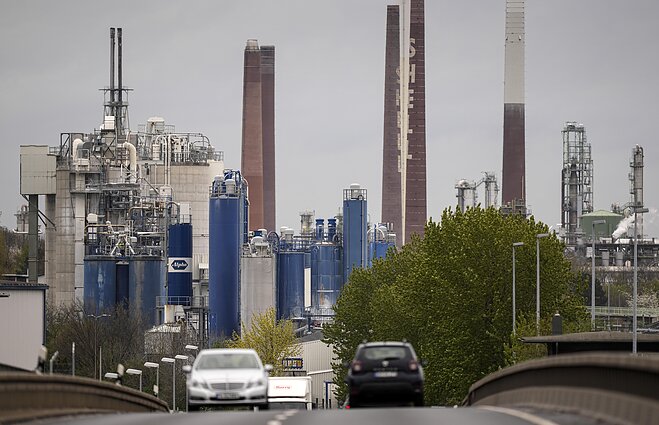 In late March, EU leaders backed the Commission’s proposal, similar to joint procurement of Covid-19 vaccines, to jointly procure gas and to give this mandate to the European Commission. When do you plan to start joint gas procurement? Would participation in this mechanism be mandatory for all EU member states, including Lithuania, which has an LNG terminal?

Our common Energy Platform is up and running. Since its launch in April, five regional groups of Member States have been launched, including the regional task force set up in Sofia, supported by a dedicated team within the Commission. These groups have started working to identify the common needs, opportunities for common use of infrastructure and potential new suppliers. The recent agreement reached by Bulgaria with the US to secure additional gas supplies is a first concrete example of this work.

Moreover, at political level my Commissioners and I have been working hard to secure additional gas supplies to the EU for the coming years, either LNG or via pipeline, thanks to recent Memorandums of Understanding among others with the US, Egypt and Israel, and Azerbaijan.

Common purchasing is a shared responsibility. It is also voluntary, so it needs to match the reality of the market and be attractive to different countries and stakeholders so that we can secure a critical mass. This is why member states need to clearly map out their needs.

In addition, we are also developing a joint purchase mechanism. It is very much work in progress, but yes, the idea is that it will allow us to negotiate contracts and make gas purchases on behalf of participating member states.

According to Lithuanian media, Lithuania was informed back in April that the European Commission intended to provide additional guidance on the transit of sanctioned goods to Kaliningrad. The Commission provided guidance in mid-July. Why did it take three months to issue further clarifications on transit?

The Commission cooperates and coordinates closely with member states on the practical implementation of sanctions. We are constantly in contact with them via regular technical exchanges. This was also the case with Lithuania in the months following the adoption of the various sanctions packages. 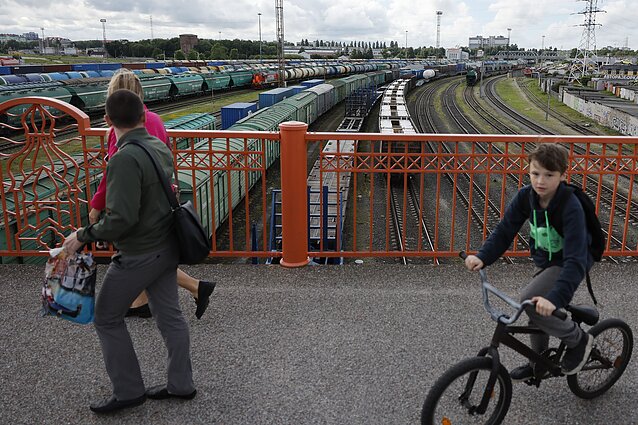 It is natural that some implementation issues and questions arise over time as transition periods in the sanctions Regulation expire and national authorities face very specific practical questions. Following constructive and detailed exchanges with the Lithuanian authorities, the Commission published further guidance in July to help ensure that sanctions are implemented uniformly. Of course, we continue to stand ready to provide further guidance including on the transit of goods from Russia, guidelines for monitoring the two-way flows and administrative best practices and advice to member states.

Lithuanian officials say they received an explanation from the European Commission in April, prohibiting the transit to Kaliningrad of part of goods whose entry into the EU was sanctioned due to Russia’s invasion of Ukraine. After Lithuania restricted the transit of Russian goods to Kaliningrad in mid-June, EU foreign policy chief Josep Borrell said that Lithuania did not take any unilateral restrictions, whereas the guidance issued by the Commission in mid-July allowed Russia to transport sanctioned goods by rail to Kaliningrad via the territory of the EU, ie, including via Lithuania. Why did the European Commission change its position?

The guidance we published three weeks ago is in line with the previous guidance of the European Commission. It confirms that the transit of sanctioned goods by road with Russian operators is not allowed under the EU measures.

The movement of goods via rail is in principle possible, without prejudice to member states’ obligations to perform controls.

However, the transit of sanctioned military and dual use goods and technology is fully prohibited – regardless of the mode of transport.

This guidance is practical information given by the Commission for the benefit of member states, which are responsible for the implementation of sanctions. It is a clarification that was issued to provide additional information on how Member States should monitor the movement of goods between Russia and Kaliningrad Oblast to avoid circumvention, now that the transition periods for some sanctioned goods have run out. 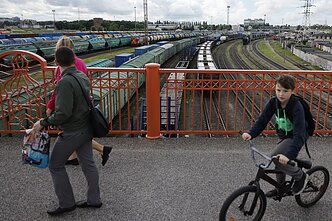 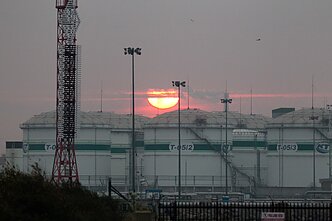 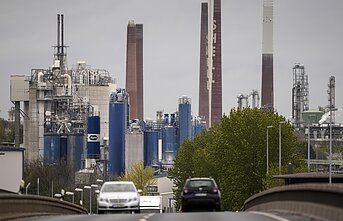 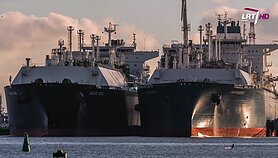 # Features# Lithuania and Kaliningrad# Baltics and the EU# Energy