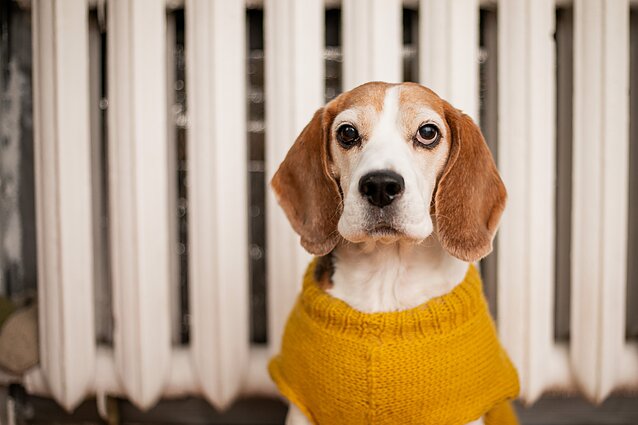 While Lithuania has so far been spared by the heatwave that is burning much of Western Europe, heat is on everyone’s mind – more specifically, heating bills. Europe is likely to face gas shortages this coming winter, with Russia using pipelines as a tool of pressure. And even though Lithuania is largely independent of Russian gas, supply restrictions will raise gas prices for everyone.

Moreover, Lithuania may have to share its reserves with neighbours under the EU’s emergency plan, which includes a recommendation to cut gas consumption by 15 percent.

Vilnius, in particular, is vulnerable to price shocks, as gas makes up the lion’s share in its energy mix. While it planned to convert its heating plants to run on biofuel, this may not happen in time – and the city now considers burning cheaper but highly polluting fuel oils. The plan has attracted a fair deal of criticism.

After the EC said Lithuania should allow the rail transit of Russian goods to Kaliningrad, Foreign Minister Gabrielius Landsbergis is facing criticism for mishandling the situation. Even some members of the ruling coalition are disgruntled and urge Vilnius to ignore the EC’s guidelines, while the opposition has summoned Landsbergis to answer their questions. It seems, however, that the minister’s explanations were not enough – he may be facing a parliamentary interpellation in autumn, a formal procedure of questioning a cabinet member followed by a vote of confidence.

Some say that Lithuania could have avoided some of the problems linked to the Kaliningrad transit had it dismantled the railway track running to the Russian exclave. It is a special wide-gauge track that can handle Russian trains, giving Lithuania an edge in transporting Russian and Belarusian cargo. According to the prime minister, however, there are currently no plans to dismantle the track.

You Si-kun, the speaker of the Taiwanese parliament, is paying a visit to Lithuania this week. Vilnius has previously trumpeted its deepening ties with Taipei, provoking some harsh retaliation from Beijing. This time, the visit is rather low-key, with no plans for You to meet either Lithuania’s president or prime minister.

One in three Lithuanian adults have made donations for Ukrainian causes since the start of the Russian invasion, a survey commissioned by LRT suggests. However, with the war soon to enter its sixth month, the enthusiasm for support – at least material – is dissipating. NGOs say that donations for Ukraine are only a fraction of what they were in the first months of the war, with accommodation for refugees in particularly short supply.

– The Lithuanian Orthodox Archdiocese is seeking to take over more than 130 properties from Orthodox parishes across the country, show data gathered by LRT Investigation Team. Allegedly, the aim is to consolidate the property for fear that parishes may break away.

– Backing down is more dangerous than confrontation, which is why the West should continue its support for Ukraine. Any concessions would only give Vladimir Putin the chance to rebuild his military and attack Ukraine again, Melinda Haring, the deputy director of the Atlantic Council’s Eurasia Centre, said in an interview with LRT.lt.

– Ukraine ordered a ban on men leaving the country at the beginning of the war, with few exceptions. Increasingly, however, men who want out are finding means and ways, often at a price.

– Some irregular migrants can already move freely in Lithuania and settle outside the accommodation centres. However, some say they are not well informed about the procedure and leave into the unknown.

– The largest vertical farm in Europe is currently being developed in Lithuania. The business has already attracted 6 million euros in investment, and more is expected over the summer.

– At the beginning of independence, Lithuanian Radio broadcast a daily news programme in English, hosted by a British presenter. Andrew Clark, who worked for Lithuanian Radio in 1992, says that being in the country at a historic moment was a thrilling experience which accelerated his career in journalism.

– At the NATO summit in June, the alliance sent a powerful message to Russia whom it identified as its main threat. Sweden and Finland will join its ranks, the alliance will respond to nuclear attacks with strikes on an “intolerable scale”, and 300,000 troops will be ready to respond to attacks at short notice. This may work as deterrence, but the actual implementation of the plans is less straightforward.