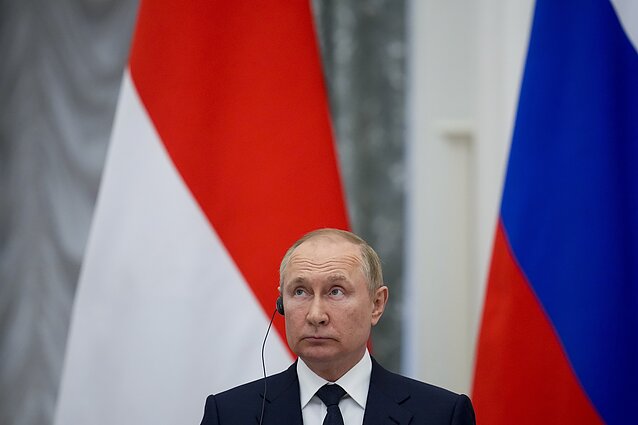 Backing down is more dangerous than confrontation, which is why the West should continue its support for Ukraine. Any concessions would only give Vladimir Putin the chance to rebuild his military and attack Ukraine again, Melinda Haring, the deputy director of the Atlantic Council’s Eurasia Centre, said in an interview with LRT.lt.

In a recent article published in The National Interest, Haring called on the US and the West to “arm Ukraine to the teeth”. According to her, now is the right time to strike Vladimir Putin because Russia is weak, and the Kremlin cannot afford to escalate the situation.

However, Washington’s strong support for Ukraine may face increasingly loud sceptical voices inside the US as the country is preparing for mid-term elections in the autumn.

In your piece in the National Interest, you state that “Backing down is dangerous. Confrontation is not”. However, we now hear lots of warnings about the confrontation with Moscow. What are your arguments in response to that?

I was responding to an article in the New York Times, which was encouraging the West to push Ukraine to go to the negotiating table. Right now, we’re seeing a little bit less of that. That was a more popular sentiment a couple of months ago.

There’s the worry here in Washington that the French and the Germans will push Ukraine to the negotiating table before it’s ready. The general argument is that Ukraine should concede its territory. But Russia is going to keep going. There’s no such thing as a permanent peace with Russia. That’s the bottom line and the thrust of the argument. 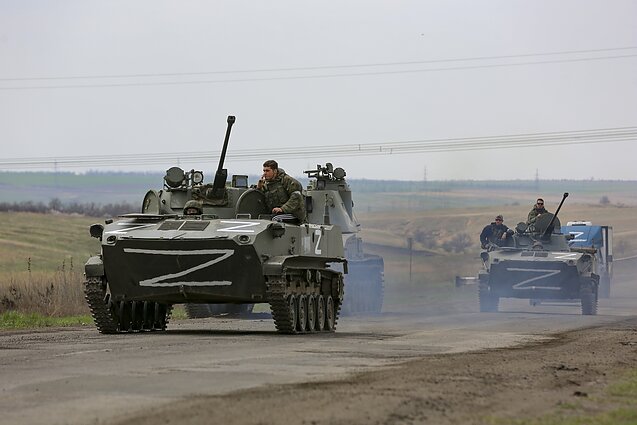 Are there such voices in Washington who say that it’s more dangerous to confront Russia than back down?

There’s strong support for Ukraine in Congress. I’d say it’s still bipartisan. But sentiment in the United States is changing among voters, and that’s something that I’m worried about. We have midterm elections this year, and some of the polling that’s come out says that 13 percent of Republican voters thought that the US was doing too much for Ukraine before the war. Now, it’s at 27 percent. Another poll says that it’s more like 50 percent of Republican voters.

I’m a little suspicious of that, but the point is that the number of Republicans who think that the US is doing too much and spending too much [on support for Ukraine] is growing. That sort of pro-Trump GOP politician is expected to do well in the midterm elections. It’s definitely something to watch.

They simply don’t know, and we’re all guessing what will trigger Vladimir Putin. 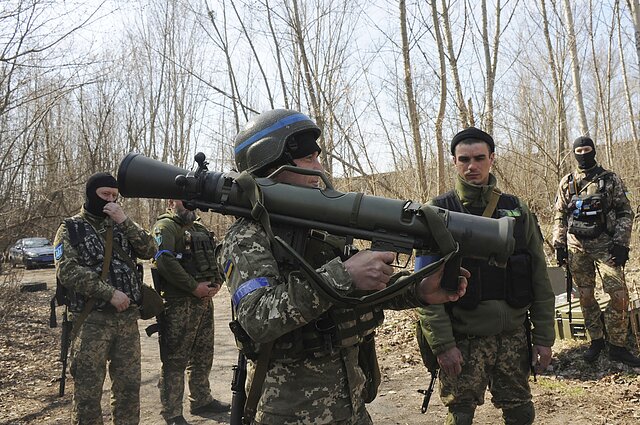 Ukrainian troops trying out weapons handed over by Sweden / AP

Do you think that if the West would have acted more affirmatively, provided more weapons to Ukraine from the very beginning, Russia might have reacted differently?

This was always going to be a tough war for Ukraine just based on sheer numbers. Vladimir Putin is willing to live with many more casualties than any democratic western government would ever be willing to live with. So, it’s a different kind of calculation.

The West made mistakes though. The Biden administration is generally three weeks too late in its decisions. It said dumb things time and time again. It said that it will defend every inch of sovereign NATO territory. It didn’t need to say it [...]. That basically leaves Ukraine hanging.

And what about Ukraine? There’s been a lot of celebration over the last two weeks about the EU candidacy decision, which is fabulous, but it doesn’t really mean a lot, it’s more symbolic. Then also the NATO summit in Madrid. It was great for Eastern Europe, Lithuania, and Poland, but it wasn’t so great for Ukraine. It basically says “you guys sort things out, and the rest of us are covered by the NATO umbrella”.

So yes, if the West had authorised heavier weapon systems from the outset, if we’d sent MLRS weapons that we’re sending now in sufficient quantity, that would have helped significantly.

But we are where we are. The question is how do we get out of the current situation? This is month five [of the war], and it doesn’t look like President Putin has changed his aims at all. It looks like he still wants to take Kyiv. He still wants to destroy Ukraine.

Overall, he has not been successful in achieving his goals. I think he wanted four things from the beginning – to destroy Ukraine, to destroy the unity of NATO, to humiliate the West, and to rewrite the rules of the European security architecture. He hasn’t won on those things, but he has a longer-term strategy than most western analysts consider or are willing to do so. 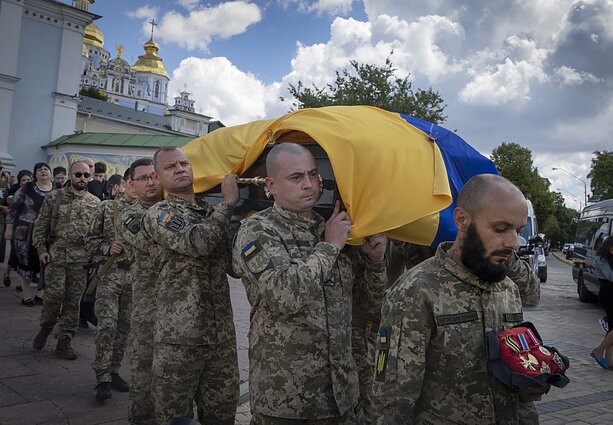 But Putin has also adjusted his strategy from his initial goals.

I think that he has adjusted his tactics. He had to push back and focus on the Donbass. A lot of analysts have said that he’s made incremental gains, but he is making gains. They [Russians] are in charge of the Luhansk oblast, and now they’re working on the Donetsk oblast. There’s a pause, but there’s also a lot of civilian bombing that we’re still seeing in Kharkiv, Bachmut, etc. I think that what he [Putin] is trying to do is scare people into leaving. He’s trying to make life ungovernable because you can’t live if you’re in constant fear of shelling.

We don’t know what’s going to happen this winter. I think the infrastructure is going to be a big deal. So, he’s going to try to hit heating power and water supplies. If Ukraine is cold in the winter and if you don’t have water, you’re not going to be able to live. So, I think that we may be looking at another refugee crisis in Europe this winter.

You’ve already mentioned the change in lines that the Kremlin is drawing in Ukraine. But how do you assess the West’s changing approach towards Russia? We’ve seen some pretty bold statements from US leaders saying that Russia must be weakened to such an extent that it wouldn’t be able to carry out similar attacks in the future. Do you imagine this might prompt Russia to use weapons of mass destruction in Ukraine?

Most analysts don’t think that Putin is going to use nuclear weapons in Ukraine. The guys that I trust, who know nuclear weapons, put it at about a five percent chance, so very small. If he [Putin] felt like his back was up against the wall, then the likelihood would go up.

But right now, I think the big question for the West and my government, for the Lithuanian government is which side can hold out the longest – the Ukrainian side or the Russian side. There are reports that the Russians are taking guys with combat experience out of prison, which seems to indicate that they’re running out of capable fighting forces. But then the Ukrainian side has been taking heavy losses – up to two hundred a day – and they’re having to rely more on their territorial defence units. So this is a big question – which side is going to be exhausted first. 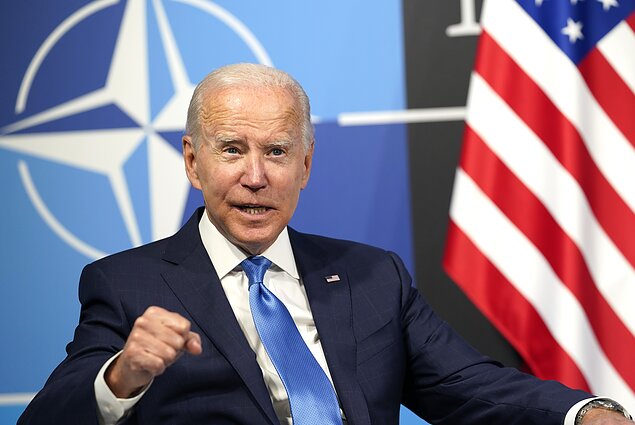 In terms of the Biden administration, its rhetoric is getting tougher. The quote that you mentioned was from Defence Secretary Lloyd Austin, but he was reprimanded for being so direct. But I think that this is actually the strategy.

It’s a question of politics. I hate to bring it back to the midterm elections, but we have high gas prices, high inflation, and Ukraine is really far away. President Biden has to respond to those domestic pressures as well. I think he’s going to do as much as he can within the political parameters that he has.

There’s also concern that we’ve sent a lot of equipment, that our supplies are getting low, and that the United States may not be able to defend itself if it continues to empty its own supplies. I think that’s an argument for increasing our defence production (Europe should do the same) and taking this threat seriously.

I think that’s the crude reality that this White House has had to deal with. They had different priorities, they were so sick of Russia and Vladimir Putin, but he’s not going away. And his calculus is much more long-term than ours is in the West. 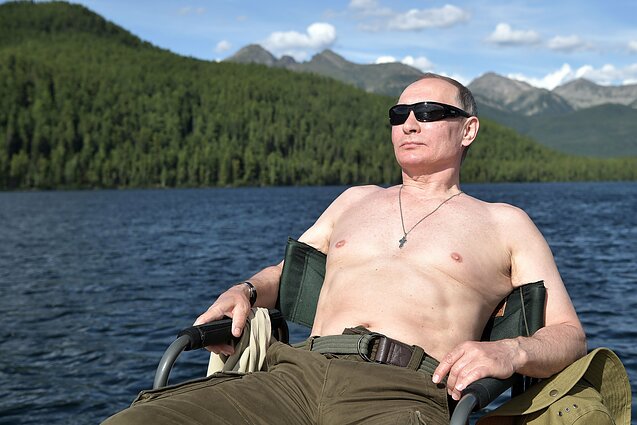 Then, would Washington like to pursue a strategy of leaving Russia and Putin to be dealt with by Europe? We’ve seen some European leaders calling to make territorial concessions to Russia, save Putin’s face. Would that be acceptable for Washington?

No, I think that the strategy is going to remain in place till the end of Biden’s term. He has another two and a half years. I think he will remain firm because this is a policy that he cares about. He led the policy on Ukraine under President Obama.

But I think it’s going to become increasingly difficult to defend this politically in the United States. There are going to be increasingly more voices questioning whether this is the right decision. But as long as Biden is president, and as long as there’s a bipartisan agreement in Congress to support Ukraine, I think we’re OK.

I think that he [Biden] knows that he can’t leave this to the Europeans to sort out because if Western Europe is in charge, we’re going to get a negotiated outcome. It will give Russia a bit of time to go back and rebuild its military supplies and then go after what remains of Ukraine again.

How do you think this war is going to evolve and maybe end at some point? Is it possible to help Ukrainians by purely giving them weapons or is there going to be a stalemate?

I think the West’s support is crucial because Ukrainians are fighting, and they’re the ones sacrificing. But if the West were to relent and not send weapons, Ukraine would have to stop fighting at some point in the not too distant future.

How it ends is a much harder question. I think it’s really important to send heavy weapons now, as many as possible, so that Ukraine can get the best deal at the negotiating table.

I don’t think the deal is going to be good. I don’t think Vilnius, Washington, or Kyiv is going to like the deal. But at a certain point, Moscow and Kyiv are going to have to sit down. We want to spare as many lives as possible. And the way to spare lives is to try to make as much progress on the battlefield as possible. 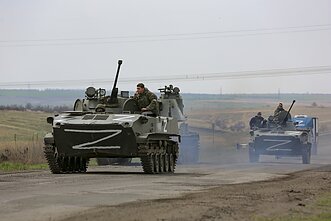 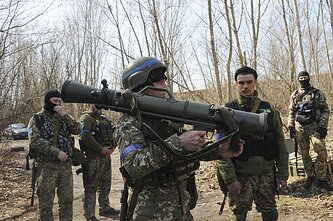 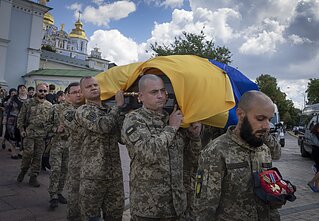 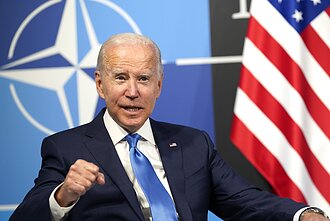 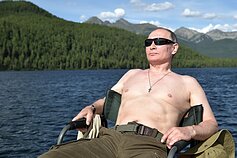