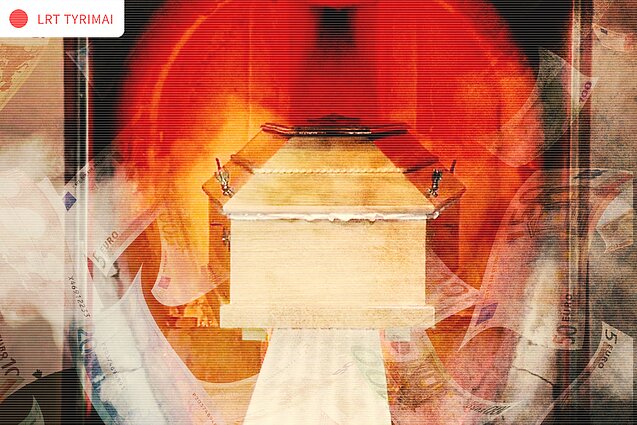 A funeral company owned by the Vilnius Archdiocese Economist's Office has been defrauding its customers for years. It sold expensive coffins to people who had lost their loved ones only to take them back before cremation, transferring bodies to cheap cardboard coffins.

The Funeral Service Centre (Laidojimo Paslaugų Centras, LPC) has nine branches in eastern Lithuania. The sole shareholder of this company is the Vilnius Archdiocese Economist's Office.

Former and current LPC employees testified to LRT Investigation Team, claiming that they were forced to cover up signs of use on returned coffins. They were also subjected to mobbing.

In 2021 alone, LPC sold close to 150 reused coffins, worth around 45,000 euros. People bought these coffins for their deceased relatives’ cremation. The remains were then taken to the Suwałki crematorium in Poland, but coffins were not burnt. 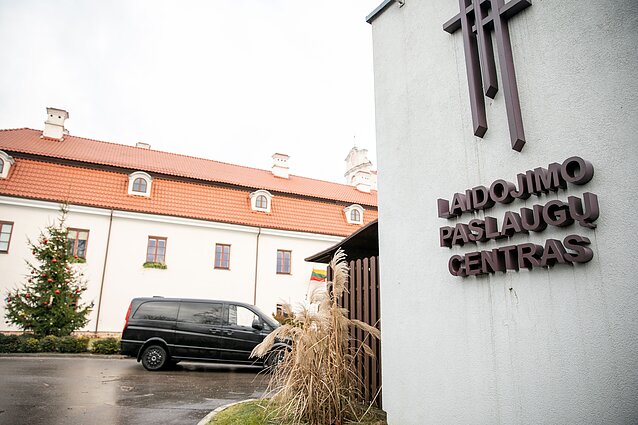 The bodies were transferred to cheap cardboard coffins either at LPC or in Suwałki, later bringing the expensive coffins back to Lithuania. As such, people who paid between 300 and 1,200 euros for these coffins were deceived.

The LPC management knew about the reselling of used coffins. This was proved by the email correspondence and other documents obtained by the LRT Investigation Team.

Coffins purchased from the funeral company in Vilnius seldom reached Poland, said Karol Kamil Milewski, head of the Acheron crematorium in Suwałki. According to him, LPC often delivered the bodies in cardboard coffins or purchased them in Suwałki.

“The coffins in which the bodies were brought from the funeral company in Vilnius were returned directly to them,” Milewski told LRT Investigation Team.

Former and current LPC employees said that the bodies were often being transferred from wooden coffins to cardboard ones at the Suwałki crematorium.

The drivers who brought the coffins with the remains often assisted the crematorium staff in the transfer. They then brought the urns with the ashes, as well as unburnt coffins, back to Vilnius. 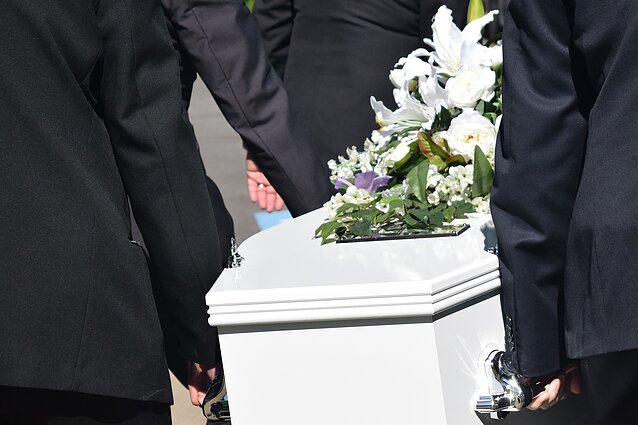 “Of the 4-5 coffins that left how many came back? There were one or two. Sometimes three. It varied. There were also cheap coffins. Nobody says that only the expensive ones [were returned],” said LPC driver Arvydas. His and other LPC employees’ names have been changed.

According to Arvydas, when he returned to Vilnius from Poland, he first had to show coffins to his superiors. Then, they were put in the warehouse together with the new coffins.

A used coffin could be distinguished by the remaining signs of body fluid, said Liudvikas, a former LPC employee.

“I put the body in the coffin, and I see that it has been used before,” he said.

“The bedding is wrinkled, there are some traces of blood or some other body fluids. Sometimes, the body is not fully dried, and liquids seep through the clothes. You cannot see it under the body, but when there is no body, you see that the coffin has been used before,” he added. 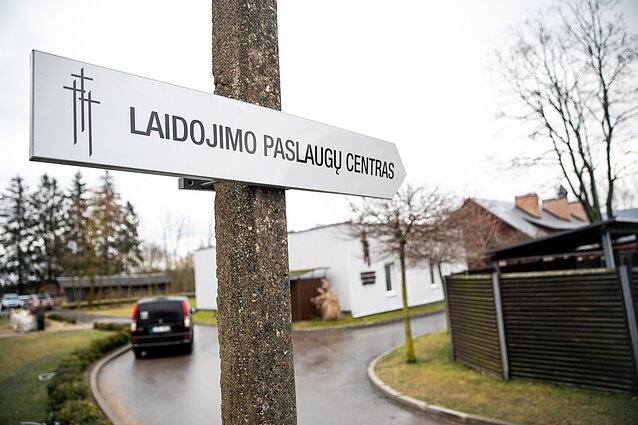 According to the employees, the LPC resold used coffins up to five times without informing the clients. Such coffins disappeared from the LPC warehouse only when someone bought them for burial instead of cremation.

“If there was a scratch or something [on the coffin], it had to be wiped clean or fixed with a pen,” said LPC employee Aurelija.

If a used coffin had major external defects, it was taken for restoration. According to the LPC staff, all used coffins were sold at the same price as the new ones.

Staff testimonies about the resale of used coffins were corroborated by digital correspondence between the LPC management obtained by the LRT Investigation Team.

“Hello, I haven’t heard anything about the returning coffins since the 2nd day of this month,” the LPC head of finance wrote in an email to the company’s employees on June 9, 2021.

The following month, the company’s deputy director sent an email to the LPC drivers, saying that the Suwałki crematorium will no longer burn lacquered coffins as of August 1, 2021.

“If there are any [lacquered coffins], they will move [the bodies] to their cardboard coffins for which they’ll charge extra,” the deputy director wrote. 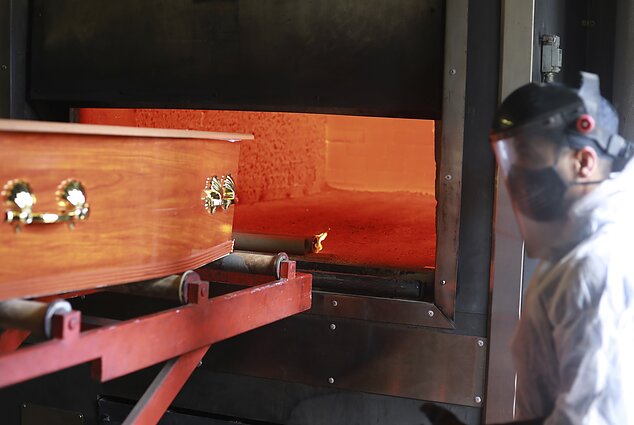 But the LPC floor staff said they did not have any information about the fact that certain coffins could not be sold for cremation, so they continued to sell them as before.

According to one sanitary worker at LPC, the company told him that used coffins were donated. Another said he realised that he had to keep quiet as soon as he inquired about the reselling of coffins.

After this employee noticed that he was transporting the remains in the same coffin several times, he was advised not to interfere because it was being done with the management’s knowledge.

In the words of the interviewed LPC employees, workers who raised questions were subjected to harassment and mobbing. Some are still being threatened, offered to leave voluntarily, or told that they will be fired.

The LPC management said they were investigating the reselling of coffins, as well as mobbing accusations.

On December 30, 2021, the LPC management sent an email to its employees, informing them that due to an operational error some coffins were returned to the company from Suwałki.

According to the letter, the company contacted all customers and offered them a refund. The employees were told to treat the situation as “a lesson for all of us” and to direct all media inquiries to the LPC head Arūnas Žilionis. 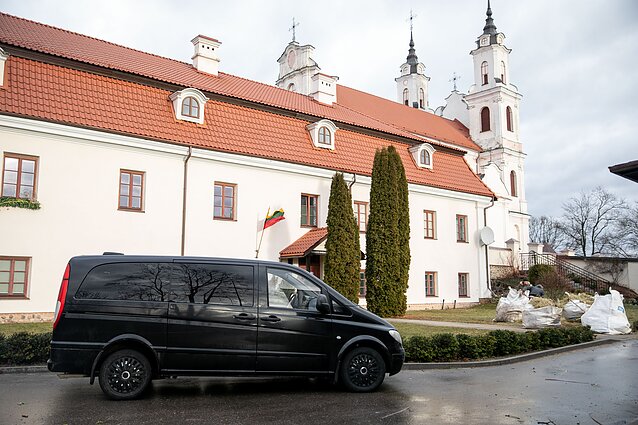 In the afternoon of the same day, the company issued a press release, stating that “due to the increase in cremation volumes as a result of Covid-19, combined with stricter sustainability requirements, the crematorium in Suwałki has not been able to accept a certain type of coffins for some time”.

“With all due respect, the crematorium staff transferred the remains to a coffin free of varnish and other environmentally unfriendly materials before the cremation,” the press release wrote, adding that because the relatives did not make use of the service, the company was “morally obligated” to make refunds.

According to Žilionis, the LPC has already refunded more than half of the coffins that were not cremated together with the remains.

But neither the press release nor the email to the staff mentioned the period when the requirements were tightened at the crematorium in Poland.

According to the LPC staff, the resale of used coffins took place throughout most of 2021. The situation changed only when a special commission was convened by the Vilnius Archdiocese Curia to investigate the funeral company in response to workers’ complaints.

Vilnius Archdiocese Curia delegated Vytis Martinaitis, chairman of the LPC Board, to speak to the LRT Investigation Team.

According to him, the confusion over the coffins returning from Poland arose because LPC does not have a full-time manager and because of the miscommunication with the Suwałki crematorium, which did not officially inform about the changing cremation rules. 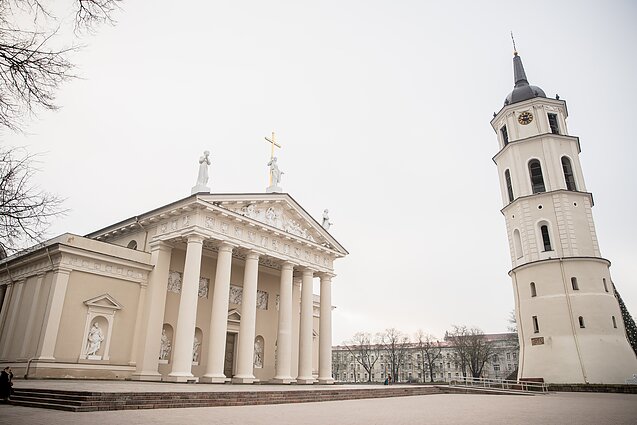 Although the employees were informed of the changes, the LPC floor administrators were still selling coffins unfit for cremation, he said.

The LPC head Žilionis also corroborated such a line of events. According to him, the staff only informed him twice about the coffins returning from Poland. It happened because of the changed rules at the Suwałki crematorium.

“[The coffins were returned] because of some requirements imposed by the crematorium. That [the coffins] are not entirely environmentally friendly. We talked to the crematorium, discussed which coffins could be cremated, and explained to the staff which ones could be sold,” Žilionis said.

But according to the head of the Suwałki crematorium Milewski, there were no changes in crematorium rules in 2021, and all coffins, except for the deeply lacquered ones, could still be burnt.

“Funeral companies that have been using our services for a long time know that we do not accept deeply lacquered coffins for cremation,” Milewski said. 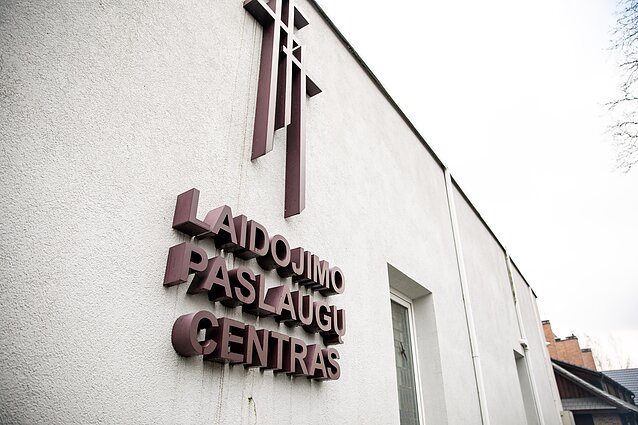 “The varnish causes a temperature that makes it impossible to burn this model of coffins. All funeral companies are very well aware that they should use coffins suitable for cremation, ie cardboard or unpainted wooden coffins with no metal fittings,” he added.

Martinaitis confirmed that coffins that were returned to LPC were resold. But this was only done after they were repaired and repainted, he said.

According to Martinaitis, around 130 coffins that returned from Poland were restored last year but refused to provide evidence.

Vilnius Archdiocese Curia answered the questions of the LRT Investigation Team in writing.

“Vilnius Archdiocese Economist's Office is a founding member of several companies. The Funeral Service Centre is one of them. These companies carry out commercial activities that support the pastoral activities of the Archdiocese of Vilnius,” it wrote.

The Archbishop of Vilnius Gintaras Grušas regularly discusses the situation in the companies with the Archdiocese’s economist but is not directly involved in their management. 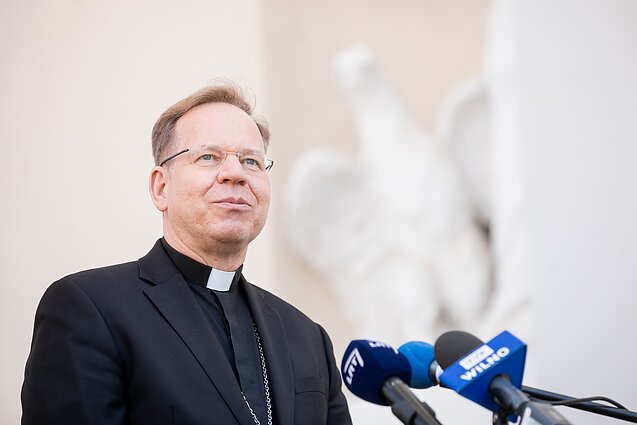 He heard about the issues at LPC at the end of October last year. The Archbishop has delegated a few impartial people to a special investigative commission.

On January 13, the LPC’s board received a request from the LPC head to step down, which will be considered in the near future.

“The Archbishop supports the efforts to clarify the company’s problems and meet the clients’ expectations. He treats this request [of the LPC head] as an assumption of the moral responsibility towards the clients,” Vilnius Archdiocese wrote. 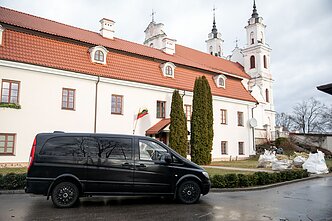 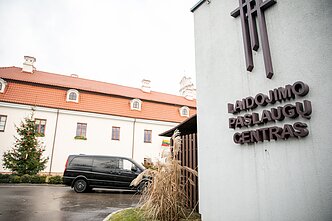 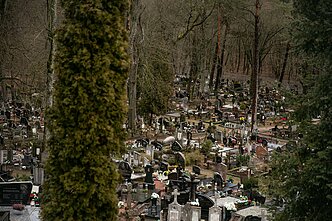 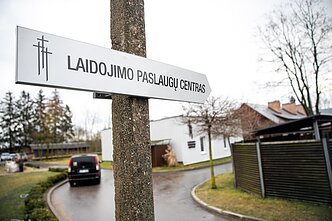 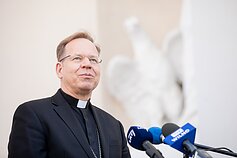 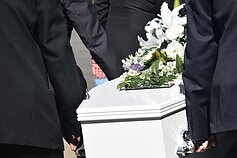 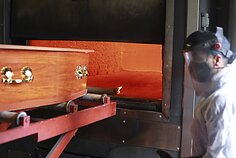