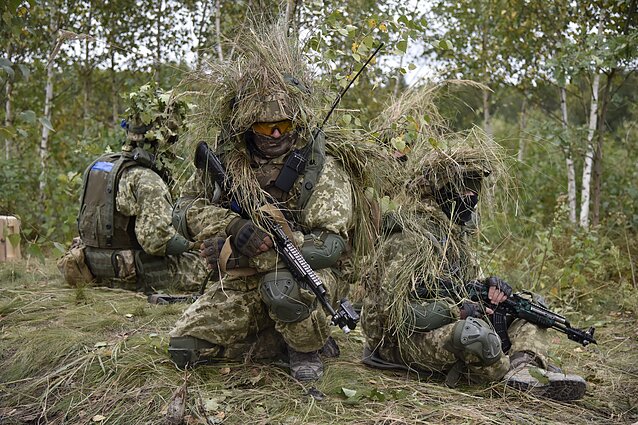 Amid tensions with Russia over Ukraine, the EU is set to enshrine stronger support, including in security and defence, for its Eastern partners, according to the latest version of the bloc’s upcoming military strategy document, seen by EurActiv.

“The EU has to increase its presence, effectiveness and visibility on the global stage through joint efforts and investments,” says the roughly 34-page draft document.

“We must act as a strong and coherent political actor to uphold the values and principles underpinning our democracies, support international peace and security and take more responsibility for the security of Europe and its citizens,” a new passage reads.

The blueprint of the EU’s shiny new strategic document has formally been submitted to EU foreign ministers earlier in November, allowing member states to make amendments, while its formal adoption by EU leaders is expected in March, under France’s EU Council presidency.

Drawn up by the EU’s diplomatic service (EEAS) and national security agencies, the first part of the EU’s new military blueprint, is meant to cover security risks and trends across the bloc and worldwide. 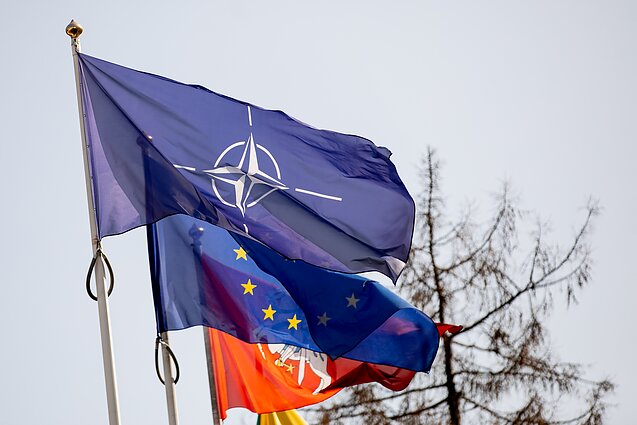 However, it earlier has met with criticism that the threat from Moscow should have been better specified by including military threats and occupation, weaponising energy supply and hybrid actions, and that they plan to table amendments.

Though the above has not been directly specified, the new version now includes a reference to “foreign information manipulation and interference, as well as conventional military instruments, are part of the reality in dealing with Russia”.

As a likely reaction to the current tensions with Russia over Ukraine and Europe’s security architecture, it also specified now that the bloc “remains committed to a united, long-term, and strategic European approach based on the five principles guiding the EU’s policy towards Russia as agreed in March 2016”.

These include full implementation of the Minsk agreements; closer ties with Russia’s former Soviet neighbours; strengthening EU resilience to Russian threats; selective engagement with Russia on certain issues such as counter-terrorism; and support for people-to-people contacts.

“The EU is open to a selective engagement with Russia in areas of EU interest while pushing back on illegal, provocative and disruptive Russian acts against the EU, its member states and third countries,” the amended document states.

In the past few months, some EU member states have argued that for the EU to become an important geopolitical actor, it needs to play a security role not only in Africa but especially in its Eastern neighbourhood.

Except for Belarus, every country in the EU’s Eastern Partnership has a territorial conflict on its soil, engineered by Russia.

The amended draft proposal now includes a whole paragraph on Eastern partners, stating that “in view of the increasingly challenging security environment that affects the stability and governance of our Eastern partners, we will boost our cooperation in the area of security and defence”.

The challenges faced by these countries, including hostile interference by Russia and the extensive use of hybrid tactics, compromise their stability and their democratic processes and have direct implications for our own security.

“As close partners to the EU, specific dialogues with Georgia, Ukraine and Moldova will be strengthened in areas such as countering hybrid threats, disinformation and cybersecurity,” it states, adding the bloc will support Eastern partners in “building resilience through assistance measures”.

Under the European Peace Facility (EPF), a recently adopted EU instrument that opened the door for the bloc to deliver military aid to partner countries and finance the deployment of its military missions abroad, the EU in December already decided to start providing security aid to Ukraine, Georgia, and Moldova from this year.

Both on Russia, but also in a reference to China, and the expansion of their nuclear arsenals and developing new weapon systems, the document also refers to the proliferation of weapons of mass destruction as a “normative void directly impacting the stability and security of the EU”. 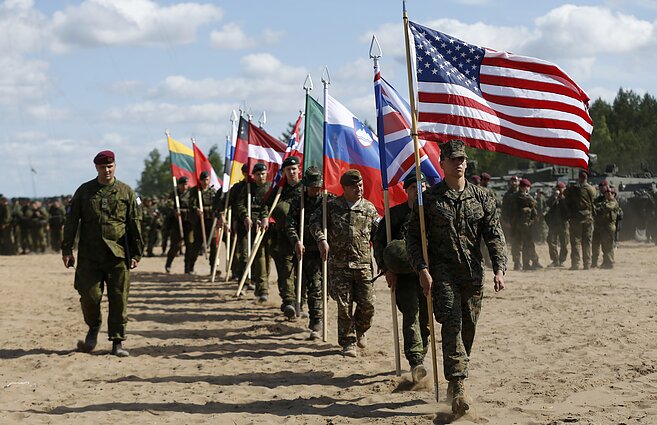 On China, the first draft had already branded the country as “a partner, an economic competitor and a systemic rival”, which is “increasingly both involved and engaged in regional tensions” through its “growing presence at sea, in space and online”.

“In addition, China has been substantially developing its military means and aims to have the technologically most advanced armed forces by 2049, impacting regional and global security,” the new draft states.
The section, however, does not address the type of economic coercion tactics Lithuania has been lately facing over its support for Taiwan, which some EU diplomats said the final version should include.

Notably, the first draft stressed the EU should expand maritime presences in areas of interest, starting with the Indo-Pacific, which would include more frequent EU port calls and patrols and live maritime exercises with regional partners Japan, South Korea, India, Indonesia and Vietnam.

The new version specifically calls for conducting “live maritime exercises with partners in the Indo-Pacific in addition to more frequent EU port calls and patrols” by 2023. 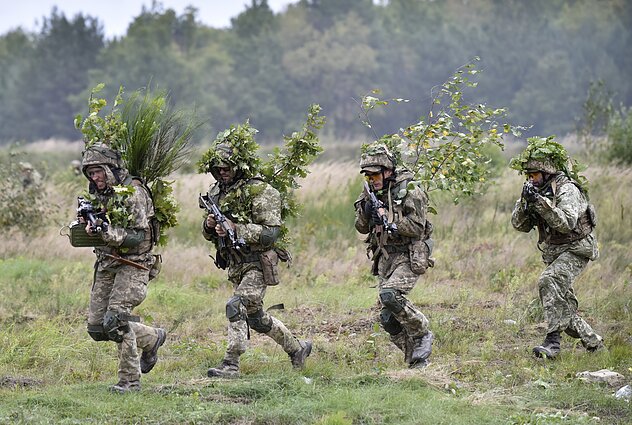 Strategic autonomy, the EU’s aim to act more independently in its foreign and security policy, features only once in the 34-page blueprint.

“The EU remains fully committed to further enhancing this key partnership also to foster the transatlantic bond,” the draft adds.

Last year, the US, Norway and Canada to join the EU’s project on military mobility, seen as the ‘silver bullet’ for EU-NATO defence cooperation and designed to ensure seamless movement of military equipment across the EU in response to crises.

The amended draft proposal now specifically stresses the need for “rapid and seamless movements of personnel and equipment for missions, operations and live exercises by strengthening military mobility within and beyond the Union, in cooperation with NATO and other partners”.

This would include improvements of the dual-use transport infrastructure, cross-border procedures, digitisation of armed forces and development of capabilities for “non-permissive environments”.

This article originally appeared at EurActiv, partners of LRT English. 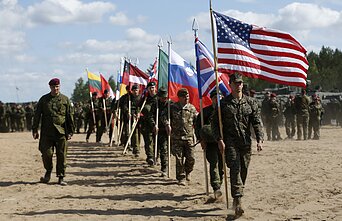 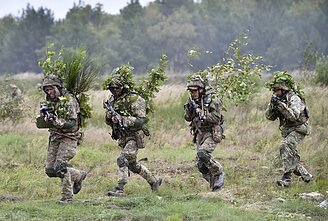 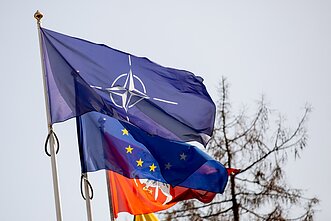