Almost all migrants on Lithuania’s border are Kurds. Why? 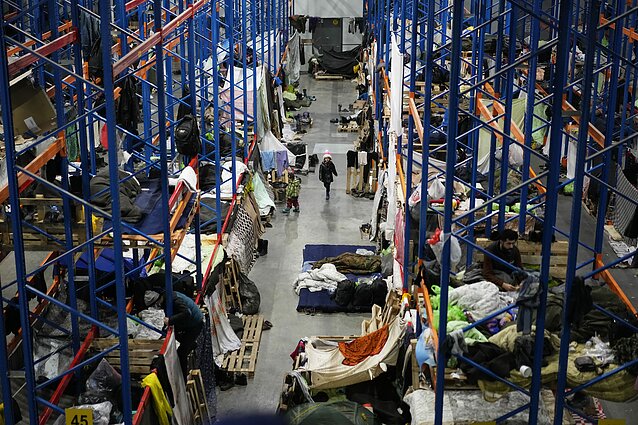 Most asylum seekers entering Lithuania via Belarus have come from Iraqi Kurdistan, a region considered one of the most stable and wealthiest in the Middle East. So why are thousands opting for the Belarus route that is becoming increasingly deadly?

“It’s ironic that the European Union is only blaming Lukashenko. Why in the first place so many Kurds in Iraq are leaving?” said Mera Jasm Bakr. An Iraqi Kurd himself, he has been studying irregular migration patterns and is currently a non-resident fellow at the German Konrad Adenauer Foundation in Berlin.

“If there was a good government [in Iraq], Lukashenko could not deceive people. So why doesn’t [the EU] work on root causes?” he said.

According to Bakr, the current fourth wave of Kurdish migration started in 2014, which followed the first flows of refugees caused by deadly campaigns of Saddam Hussein, a civil war, and then the US-led war.

The scale of migration has been fluctuating, but now “they found Belarus”. Out of 4,326 asylum seekers that entered Lithuania via Belarus this year, 2,858 are Iraqi nationals.

In an interview with LRT, Bakr lays out the roots and the current causes of the migration crisis. 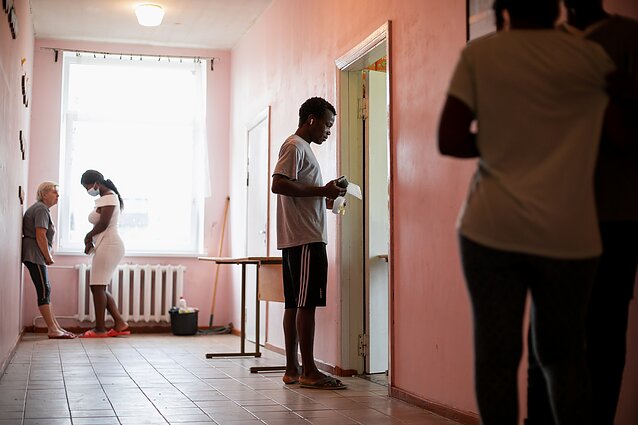 What is the background to Kurdish migration?

Iraq, including Kurdistan, has a very young population, which has doubled since the fall of the [Saddam Hussein] regime, from [around] 25 million in 2003 to 40 million now. Tens of thousands of people graduate from universities, but cannot find a job.

Eventually, it means they will vote for the two ruling parties – [the Kurdistan Democratic Party (KDP) headed by the Barzani family and the Patriotic Union of Kurdistan (PUK) headed by the Talabanis].

Until January 2014, The Kurdistan Regional Government (KRG) was receiving a share of Iraq’s federal budget, which was billions of dollars. They employed a lot of people during that period, but they didn't build any economic infrastructure, it was purely consumptive.

The post-2000 generation, which got access to social media in high school, is having a real struggle to find a job across the region. In rural areas, which account for the majority of the region's population, the best job pays around 200 US dollars a month.

You will see nice buildings, the roads are clean, there are trees, but [...] there is no economic infrastructure.

Because of the different waves of Kurdish emigration, the diaspora community is huge, [with] hundreds of thousands of Kurds across Europe.

If you randomly talk to people in the KRG, everyone has a good friend, brother, or cousin in Europe. Everyone knows someone close, and they tell them how good life is in Europe. There is a lot of peer pressure. They see the quality of life, human rights [in Europe] on social media.

After the new government in Kurdistan in 2019, people don't even feel free to freely express themselves on social media. During my research, people were too afraid to admit that they are afraid to freely write on Facebook. 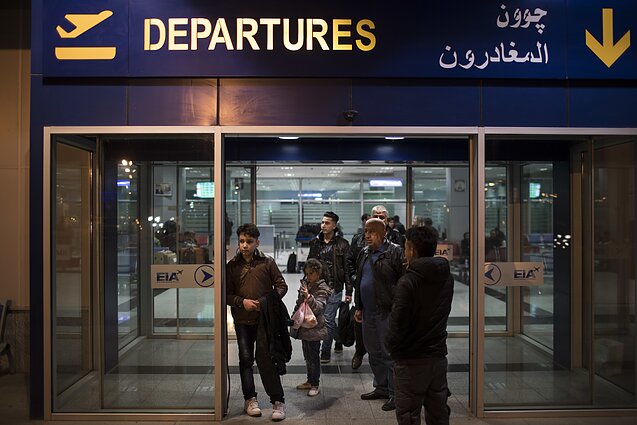 What is the political situation in the region, how has it influenced the migration crisis?

In 2009, the Gorran (Change) Movement was formed by one of the top charismatic Kurdish leaders, Nawshirwan Mustafa. In the 2014 elections, they got almost 500,000 votes. This opposition movement was a big hope and a shock to the two ruling parties. It was very close to unseating the Barzanis and Talabanis.

The people had high hopes to see political, economic, and sociocultural reform in the entire [KRG] region. It is why, in the 2013 regional elections, Gorran came second, despite PUK committing fraud.

The party joined the government in 2014, but then it failed to carry out structural reforms and deliver what it promised. In 2017, the head of the party died.

The people who left PUK and joined Gorran, they became leaders and ended up dominating the party. It again joined the government in 2018. Everyone got the idea they are no different than the other two ruling parties, they are just fighting [...] to enrich themselves. To an extent, it was correct, as many leaders have been literally bought by the KDP. Now, they are advisers to the prime minister, president, etc.

The party could no longer mobilise the people. In the last election, they got zero seats. It created a situation where a lot of people lost hope that there would be political change.

"They do fuel people's grievances and motivate them to go to Europe."

The party failed to carry out reforms, reaching the conclusion that two ruling parties are almost impossible to remove from power, because they control the private and public sectors.

Each party [also] has their security institutions: intelligence, the police, etc. In Kurdistan, we do not have a national intelligence agency, it's [all] partisan [controlled by the parties].

[Another popular opposition party], the New Generation Movement, [has] one of the most popular TV channels, the NRT, and people who are against the two ruling parties are usually the people who watch this channel. It always talks about how bad the situation is, how bad and corrupt the parties are, etc.

Their role is not to say go to Belarus or to Europe. But they do fuel people's grievances and motivate them to go to Europe.

The New Generation Movement is crazily populist. [They] just say everything is bad and we will fix it. Gorran voters usually, especially the old, are educated, have experience, and hate corruption. The New Generation supporters are very young kids, maybe first- or second-time voters.

Many people whom I have talked to, parents, say we could not have a good life here, [and] we don't want the same thing to happen to our children.

This is about social norms in Iraq. In Muslim countries, the parents, especially the father, have to shoulder the responsibility to provide a good life for children. 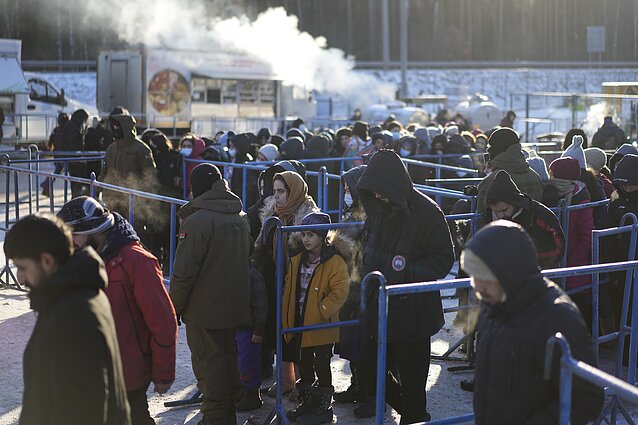 Migrants queue to receive hot food at a logistics center Bruzgi by the Belarus-Poland border near Grodno, Belarus / AP

What happened in 2021 for the migration to pick up pace?

Things go viral very quickly on Kurdish social media. You can have no fame, but then through one video, you can become one of the most popular persons.

[Since 2014], people still went via Turkey, but it was very risky. Families don't want to take the Mediterranean route [because it is dangerous]. There has always been this [possibility to get a] Belarusian visa, but it was [issued on a] very small scale.

It was very hard to receive it, because you needed an invitation, like from a company, and you'd get a visa on arrival. But then, the Belarusian government made the process very easy.

"Families don't want to take the Mediterranean route [because it is dangerous]."

The price of the [tourist] package was very cheap back then [in May], like 700–800 US dollars [when not using the smugglers]. You can just have WhatsApp [to walk through the forest]. This information was spreading very quickly, people found out how easy it is to get into Germany or the EU. Most importantly, you didn’t have to take the Mediterranean route.

In September, the price of packages gradually increased. It was crazy, everyone was getting this package, everyone was trying to go.

In October, all of a sudden thousands of people left. Everyone said if it’s that easy, let's do it. Some people were very cautious, but eventually found out how easy [it was via social media]. The price of the [official tourist] package increased from 1,000 to over 4000 dollars.

In Kurdistan, there are plenty of travel agencies, it’s not like in Europe where people book their flights [online]. Only very few people have [bank] cards [and] everything is done by travel agencies [and] they are super active on social media.

"In October, all of a sudden thousands of people left."

[Once the EU started to put pressure on Iraq’s government] many companies deleted all of their posts on social media. Someone from a travel agency said that they didn't want the government or anyone to have any evidence that they [were involved].

He told me what they do is not illegal, that they are just the middleman. Someone comes to us, someone wants the visa, the visa is not fake, we apply for the visa [on his behalf] and he gets it. Maybe we encourage people to emigrate, but the whole process and technicality is legal. They send the passport to Turkey, get the visa, book flights and hotels. 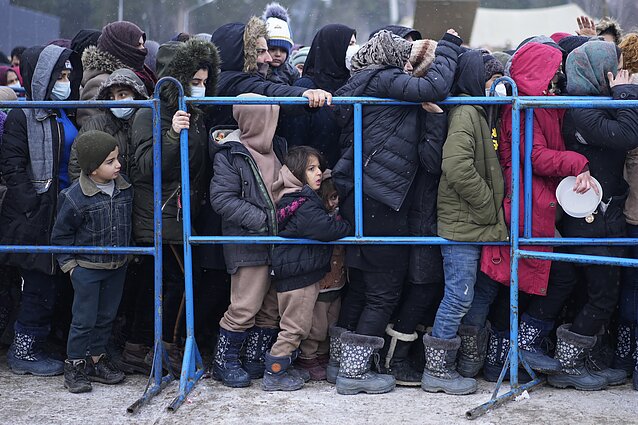 Migrants queue to receive hot food at a logistics center Bruzgi by the Belarus-Poland border near Grodno, Belarus / AP

Who are the people in Turkey facilitating the Belarusian visas?

This is a secret, no one would say. I interviewed a person who has a travel agency in Sulaymaniyah [In Iraqi Kurdistan]. He told me there are certain figures who are very well connected, or some travel agencies have their reps in Ankara, and these people go to the [Belarusian] embassy and they get visas for the people. They don't reveal their identity. And some people have made [a lot] of money, I was told.

[...] This whole visa industry is in the black market. When I talk to people, they say almost every kind of visa is available if you pay money.

What is the view about the migration crisis among the two ruling parties?

They are very concerned, especially the Barzanis, because they mostly control the region. The two mouthpiece media [channels] for the prime minister and the president [Kurdistan24 and Rudaw] have been really discouraging people from going.

[...] Internationally, the KRG [government] is really embarrassed. They are very much concerned about it and spread propaganda that [the migrants] are all middle class and have a lot of money and it’s just human trafficking, which is inaccurate. 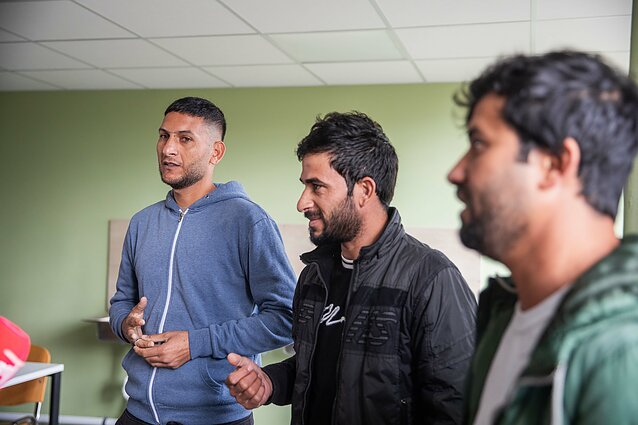 Was the migration crisis in the Baltics and Poland used as a political tool in Kurdistan?

Eventually, this immigration crisis was used by opposition parties [to say that] the people are running from the system that has been built by KDP and PUK.

[...] It was just a situation where activists and critical voices could say that the whole system is not working, and we have to make a change so more people do not leave.

People say, back then we had one dictator who was Saddam Hussein and now we have multiple, numerous dictators. This narrative is becoming more and more popular.

"People say they will only be removed by blood."

A father of [a Kurdish migrant] who died at the [Belarusian] border with diabetes, who is aged 53 or 54, told me there was hope then that, when Saddam was removed, there would be a Kurdish leadership and they would serve the people.

Now, there is a Kurdish leadership and I don't have any hope, [he said], I don't know what to do.

Back then people were hopeful that they would overthrow Saddam and they would be free. Now, the people say we overthrew the Saddam regime, [but] we have had the same two ruling parties since 1992. And, since they control every aspect of the society, the people are hopeless.

These two ruling parties came to power by blood, referring to the struggle against [Saddam Hussein], and people say they will only be removed by blood. 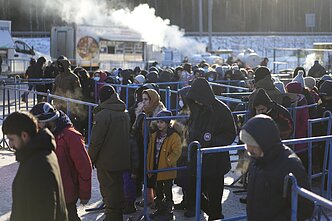 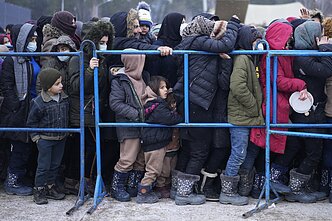 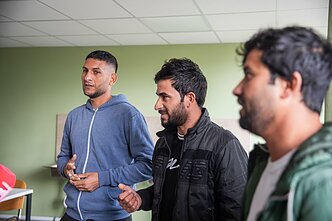 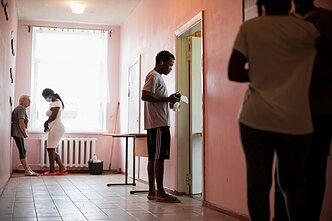 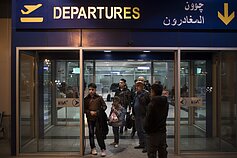