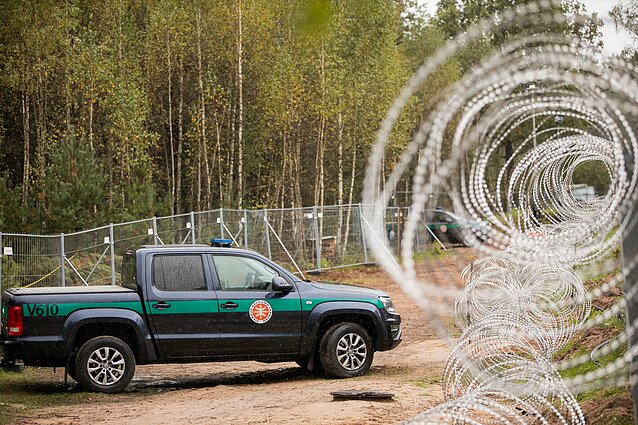 Atea, a Norwegian-owned IT company, has won a contract worth 5.05 million euros to install a video surveillance system along a 45-kilometer stretch of Lithuania's border with Belarus.

Under the contract signed with the State Border Guard Service (VSAT) on November 18, the company has until November 2022 to install the system in the Kabeliai frontier section in Varėna District.

VSAT spokesman Giedrius Misutis has told BNS that the system will allow border guards to constantly monitor and record people and objects crossing or approaching the border.

Atea will also train Lithuanian officers to use the system.

According to the VSAT, around 61 percent of Lithuania's borders with non-EU countries are currently covered by modern monitoring equipment.

The agency expects to have monitoring systems installed along the entire border with Belarus in 2022, Misutis said.