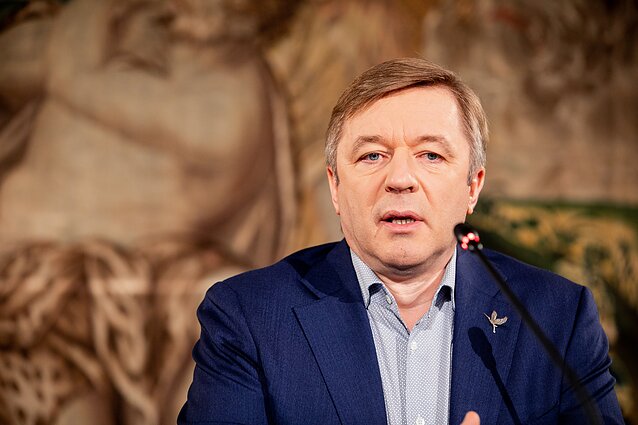 The Farmers and Greens Union (LVŽS), Lithuania's second-biggest parliamentary party currently in the opposition, has reelected agro businessman Ramūnas Karbauskis as its chairman.

The general vote for the party's leadership was held since over several days since last Tuesday and 72 percent backed Karbauskis, while 28 percent voted for MP Giedrius Surplys who challenged Karbauskis.

A total of 56 percent of the party's members took part in the vote, spokeswoman Dalia Vencevičienė told BNS.

Karbauskis later told BNS the party plans to focus on the upcoming 2023 municipal elections and consolidate its position.

A number of prominent LVŽS members have indicated plans to leave and join former PM Saulius Skvernelis, who recently parted ways with the party.

This was the first time the LVŽS held a direct vote to elect its leader. The results are set to be confirmed by the party convention on December 11.

Karbauskis has led the LVŽS for over a decade. The party now has over 4,300 members and is the second-largest group in the Lithuanian parliament with 22 members.