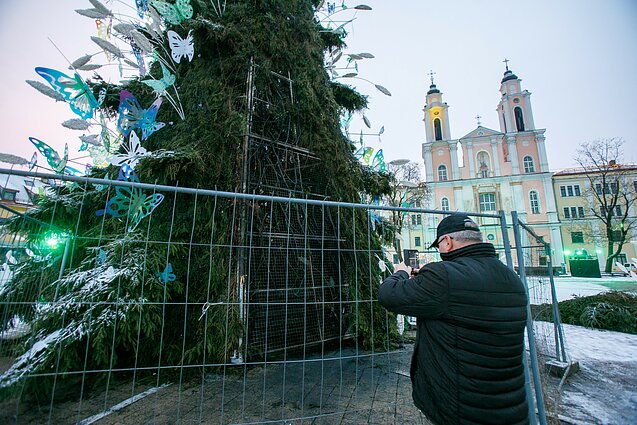 Prosecutors will not be asking for the arrest of the man who set fire to the main Christmas tree of Kaunas last Saturday. The suspect is currently in hospital.

“We will not be asking for arrest or any other form of remand, because [the suspect] is being treated in hospital. If he is released, we will decide on pre-trial detention,” Kaunas County prosecutor Mindaugas Šukys told LRT.lt on Monday.

The suspect was not hurt during his detention, Šukys noted. He did not say why the man had been admitted to hospital.

He also could not comment about whether the man explained his motives for the crime.

The Kaunas Christmas tree was set on fire in the early hours of Saturday. The suspect poured flammable liquid and burned an area of around 15 square metres on the decoration. The man then drove off, but was stopped by police minutes later.

The police later commented the man was not drunk and had no criminal record.

The Artist Jolanta Šmidtienė, who designed the tree, has said reconstruction is under way and is expected to be finished on Tuesday. 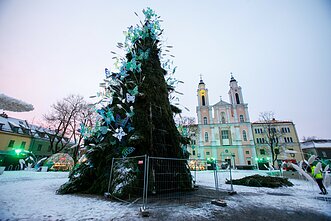 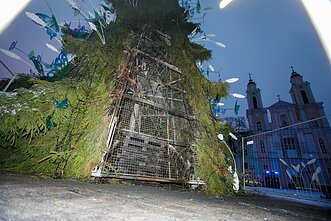 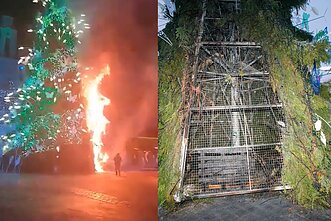