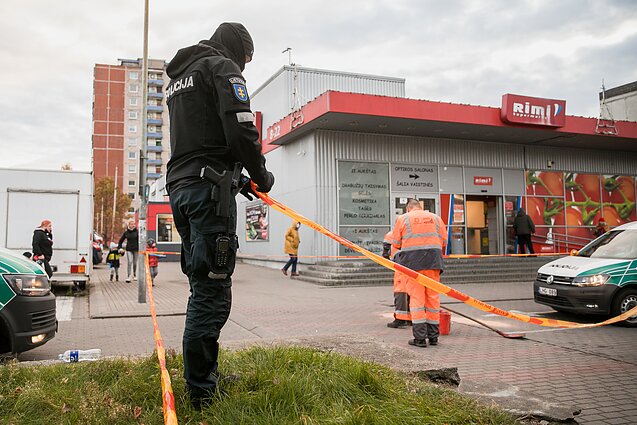 A man in a supermarket in Vilnius took out a gun and shot a security guard in the leg after being asked to put on a facemask / J. Stacevičius/LRT

The man who shot at a supermarket guard after being reminded to wear a facemask has been released from arrest with a tracking bracelet.

The incident, for which the man was arrested, occurred on October 19 in a Rimi supermarket in Vilnius. When urged to wear a facemask, the man fired at the guard and shot him in a leg.

BNS has later reported that the injuries were serious, the guard was taken to a hospital and underwent several surgeries.

The shooter was arrested after the incident. On Thursday, a court decided to change arrest to a milder form of remand and the man was released home to wait for his trial.

Gintarė Vitkauskaitė-Šatkauskienė, a spokeswoman for the Prosecutor General's Office, has told LRT.lt that the man will have to wear an ankle bracelet monitoring his whereabouts.