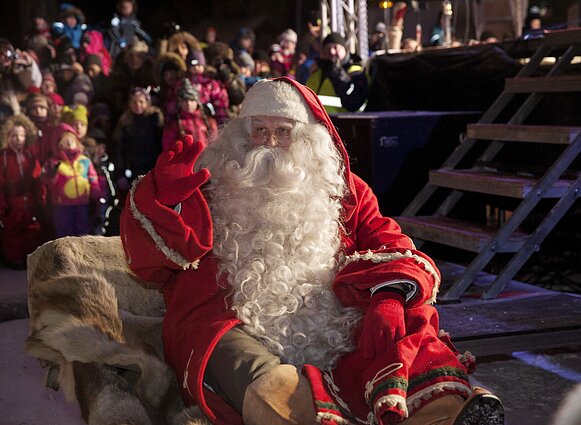 Santa Clauses are once again in high demand – Lithuanian performers specialising in the character are booked up for the season, mostly for kindergarten and office parties.

Dominykas, from Vilnius, says he started receiving bookings in mid-November. Some clients prefer online greetings from Santa Claus, while others book live performances.

“We get booked for quite many remote performances, but equally many live ones,” he tells LRT.lt. “We will be going to kindergartens, although we'll be greeting some online.”

This is a marked change from last year, when Lithuania celebrated Christmas under a strict coronavirus lockdown. Back then, all of Dominykas' performances as Santa were online.

This part of the ‘Christmas economy’ has bounced back strongly. According to the State Tax Inspectorate, it has issued as many business certificates for Santa Claus performers this season as in 2019, the year before the pandemic.

Dominykas says that he charges 20 euros for a 15-minute online greeting from Santa Claus. A live visit would be twice that, while an hour-long performance is priced from 80 euros. 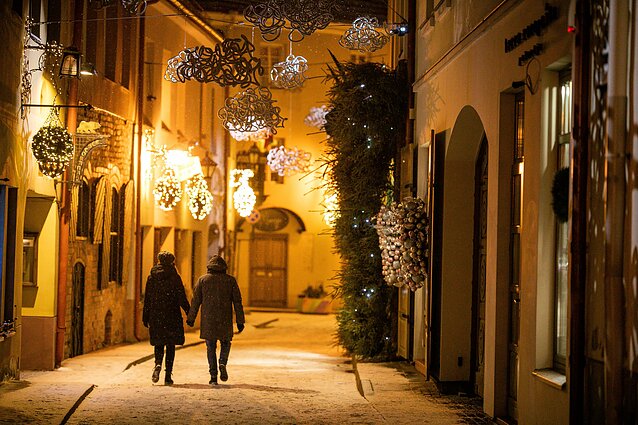 “It's not like Santa arrives, gives out the presents and then leaves,” he says. “Santa Claus comes with a programme, we have interesting games for children. Parents like that Santa is young and energetic, he's not just sitting around and listening to kids reciting poems.”

Romas Trijonis, a musician, says the pandemic has affected Christmas parties – this year, he is getting more bookings to perform outdoors.

“Of course, we'll be trying to maintain distances, we'll refrain from hugging, but we can certainly wave and take photos outside,” he tells LRT TV.

The country's Health Ministry has published recommendations for Christmas, advising firms and schools to avoid big gatherings and parties in offices.

Christmas celebrations in schools and kindergartens should not include outsiders, even students' parents, according to the ministry, and Santa Claus should be played by a permanent employee.

Moreover, facemasks are obligatory, including for Santa visiting children both in schools or kindergartens and at home. 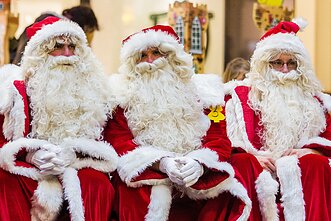 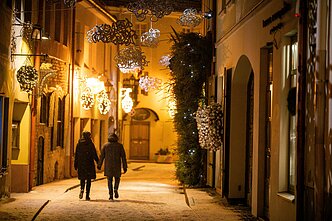