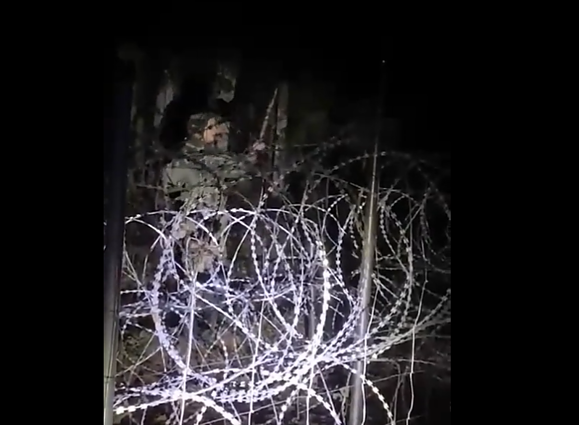 “I give you Belarusian cigarettes Pall Mall and you give me Polish Pall Mall cigarettes,” the man says to the guards on the other side of the razor wire fence.

In the video published on Sunday, the man is seen struggling to stay on his feet. He is clad in what appears to be a camouflage uniform; it’s unclear from the video whether the man was armed.

“Drunk and armed Belarusians are on duty at the border,” the Polish Defence Ministry tweeted. “This is not the first such case that our soldiers have encountered.”

Belarus and Poland have been locked in a tense borer stand-off after the Minsk regime channeled thousands of migrants toward the borders of the European Union.

Baltic, EU and Polish officials say it is an attempt by Alexander Lukashenko to pressure the bloc in response to sanctions.