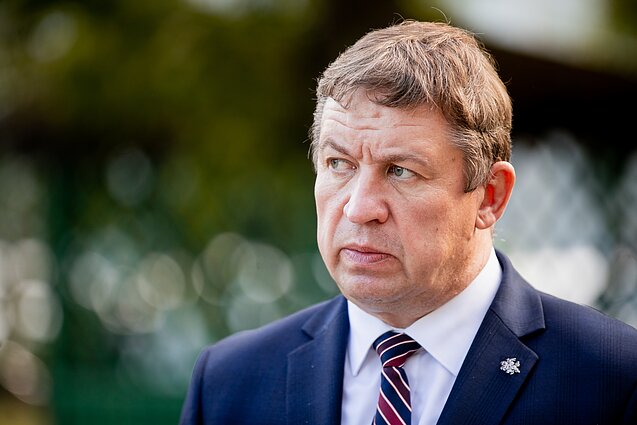 President Gitanas Nausėda says he is ready to “seriously consider” Raimundas Karoblis, a diplomat and former defence minister, as a candidate for the vacant post of the country's ambassador to the European Union.

The position has been vacant for over a year. Nausėda previously refused to appoint Karoblis, saying it was too soon since he left the defence minister's post.

“I acknowledge that the current situation is not normal,” Nausėda told reporters on Wednesday. “Therefore, to demonstrate my support and assistance in the search for a suitable candidate [...], I am returning to the short list that was given to me and I say that I am ready to seriously consider the candidacy of Mr. Raimundas Karoblis for the position of ambassador to the European Union.” 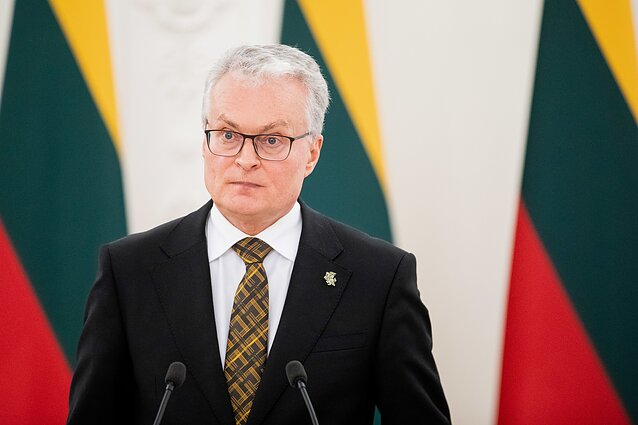 Commenting on the reasons for his decision, the president noted that “it has been a year since the last [parliamentary] elections”.

“And we have to find the good will within ourselves and the willingness to compromise in order to make the necessary decisions together with the ruling coalition and to end the current vacuum,” he said.

Early this year, Nausėda said that he would not appoint either Karoblis or Linas Linkevičius, the foreign minister in the previous government, as ambassadors to Washington and Brussels, because they needed a “political cooling-off” period. 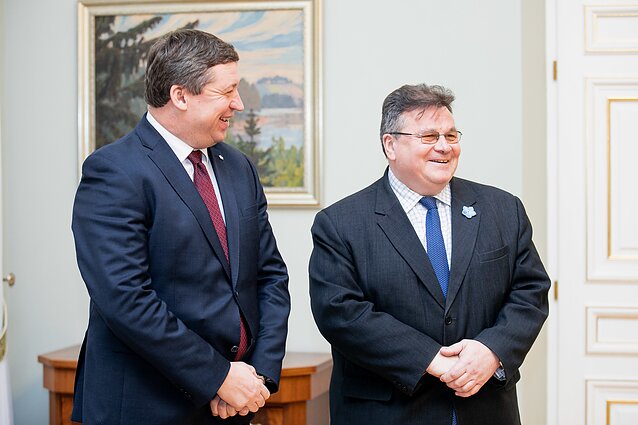 “If we really want to depoliticise the diplomatic service [...], we should apply such a period of political cooling-off,” he said at the time.

The post of Lithuania's ambassador to the EU has been vacant since the term of Jovita Neliupšienė ended in August 2020. Ambassador Simonas Šatūnas is now serving as the country's acting permanent representative to the EU.

Foreign Minister Gabrielius Landsbergis said on Wednesday that he was “pleasantly surprised” by President Nausėda's apparent reversal of position.

“Although it is not a common practice to discuss such issues through the media, I was pleasantly surprised to read that the president had changed his mind, and I am happy about that,” Landsbergis told BNS via his spokesperson.

The minister said it was now necessary to find out if Karoblis would still be willing to run for the position for a third time and to coordinate his candidacy with the prime minister, the government and the parliamentary Committee on Foreign Affairs, adding that all this has to be done behind closed doors.

“If all this can be done, we will ask the president to approve the nomination. It is a pity that, for reasons I do not understand, we have lost a lot of time,” said the foreign minister.

In Lithuania, ambassadors are appointed by the president upon nomination from the government and approval of the parliamentary Committee on Foreign Affairs. 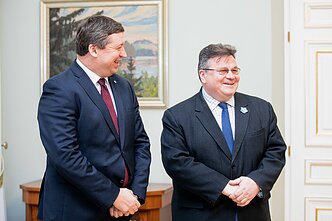 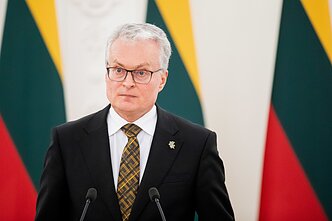