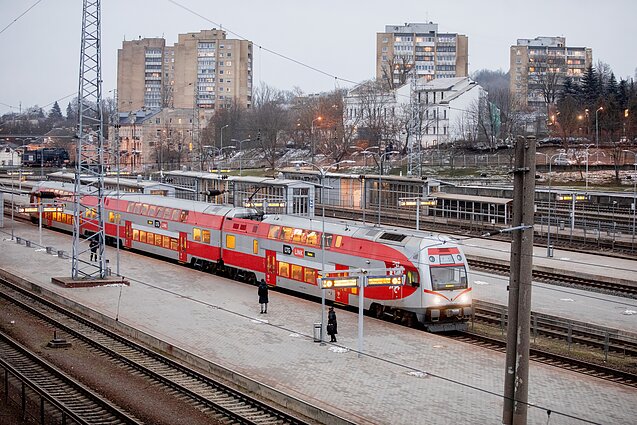 On Monday morning, six irregular migrants were detained at Vilnius Railway Station on a train travelling from Varėna in southern Lithuania.

At 06:20 on Monday, a representative of the Lithuanian Railways informed the municipality police that several suspected irregular migrants were noticed on one of the trains.

“Upon arrival at the station, six dark-skinned people were removed from the train. They were passed on to the State Border Guard Service (VSAT),” Julija Somorokovskaja, a spokeswoman for the Vilnius Police, told LRT.lt.

All six migrants are adult men, according to VSAT representative Giedrius Mišutis.

“We have started questioning these migrants. Later, we will decide on their status,” he said.