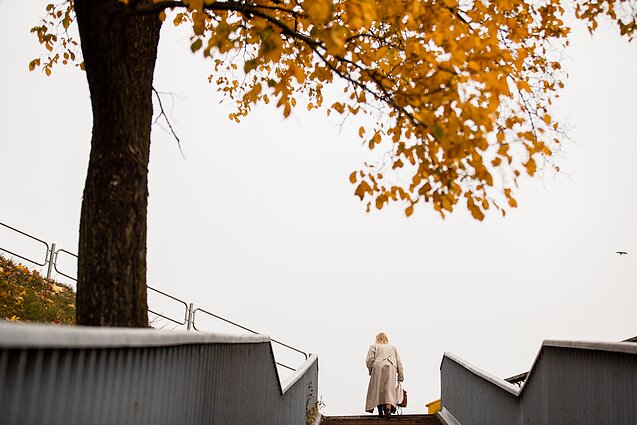 Lithuania has been reporting some of the highest Covid-19 infection rates in Europe / J. Stacevičius/LRT

Baltics find themselves at the centre of a Covid surge in Eastern Europe. Latvia is going into a four-week “firebreak” lockdown, complete with a curfew and shutdown of non-essential retail. Lithuania, meanwhile, has been reporting similarly high infection rates, with some of the hospitals starting to limit non-essential services in order to accommodate Covid patients.

However, a lockdown in Lithuania is not in the plans, the government has indicated. According to the prime minister, people were promised no more strict restrictions if they got vaccinated – and those who have deserve a relief.

That is not to say that the pandemic isn’t putting a strain on public mental health. The health minister – who has been the face of the government’s anti-Covid effort – has disclosed he’s been receiving threats, some quite serious. Meanwhile, a shopper in a Vilnius supermarket snapped when urged by a security guard to put on a facemask – the man took out a gun and shot the guard in the legs.

Poland’s President Andrzej Duda was visiting Vilnius this week, a friendly capital amid Warsaw’s row with Brussels over the supremacy of the EU law. Brussels is beating Poland like a child, the president complained in an exclusive interview for LRT RADIO.

His Lithuanian host, President Nausėda, said “Polexit” – unlikely though it is – would be disastrous for everyone. He even volunteered to mediate in some sort of settlement between Warsaw and Brussels. Not so fast, the foreign minister interjected – no one would accept Vilnius as an impartial negotiator, knowing its pro-Polish bend.

Would more sanctions help? At an EU summit this week, he suggested that the bloc should ban all airlines that operate in Belarus – and could be flying would-be asylum seekers into Minsk – from flying in the EU.

Meanwhile, LRT reporters this week got hold of a group of migrants, including children, having just crossed the Lithuania–Belarus border. They said they were from Afghanistan and had been traveling for several months.

Lithuanian media are still not being given access to report on border pushbacks. This, according to the border guard chief, remains the policy due to “security” and “tactical” reasons.

Somewhat irked, an Interior Ministry official said it was becoming a “tendency” that reporters and NGOs get informed about migrant whereabouts even before border guards. This warrants “further investigation”, he claimed.

– The Jump, a documentary about a Lithuanian sailor who tried to defect to the US in 1970, has been picked as Lithuania’s contender for this year’s Oscar nomination.

– Greece has detained a Ukrainian national who has been convicted, in absentia, for his part in the bloody crackdown in January 1991 when Soviet troops tried to crush Lithuania’s independence aspirations. He is one of 67 people who have been handed prison sentences in the so-called January 13 case.

– All adults in Lithuania can now get their vaccine booster shots, if they were vaccinated more than six months ago.

A stir up in Lithuania’s party system is expected as the country’s relatively popular former prime minister announced plans to set up a new party. It will pursue a left-wing social agenda, Saulius Skvernelis said, yet strongly supports “ethnic nation state” and family values. Analysts note it’s a straightforward catch-all strategy, trying to capture voters both on the left and on the right. The Farmers and Greens Union, Skvernelis’ former party, stands to lose the most, though.

Lithuania’s parliament voted last week to decriminalise the possession of small amounts of drugs. Does it mean it is now legal in Lithuania? Not quite – it merely means that a joint will not land you in jail with a criminal record. Drug possession was classified as a crime – rather than an administrative offence – by a previous parliament in 2017 and, according to current MPs, may have been excessive and counterproductive.

– Thousands of Belarusians have been forced to escape the violent regime crackdown in the wake of the August 2020 presidential election. Many of those who fled have ended up in Lithuania’s capital Vilnius, just 30 kilometres from the Belarusian border. Part two of the three-part interactive documentary.

– More than half of Belarusian IT firms have left the country due to repressions following last year’s disputed presidential election. Lithuania is their third favourite relocation destination after Poland and Ukraine.

– While Hungary's recent anti-LGBTQ legislation has drawn wide condemnation from the EU, a similar law has been on Lithuania's books for over a decade. Activists say it curbs free speech and condones homophobia.

– Our dream world is complex and perplexing. But why do we dream in the first place? Researcher Tadas Stumbrys attempts to look through the haze.

– A Lithuanian-language teacher in Kaliningrad says she is the Lithuanian soul of the Russian exclave. She is also helping keep a Lithuanian footprint alive in the region that was once part of East Prussia.