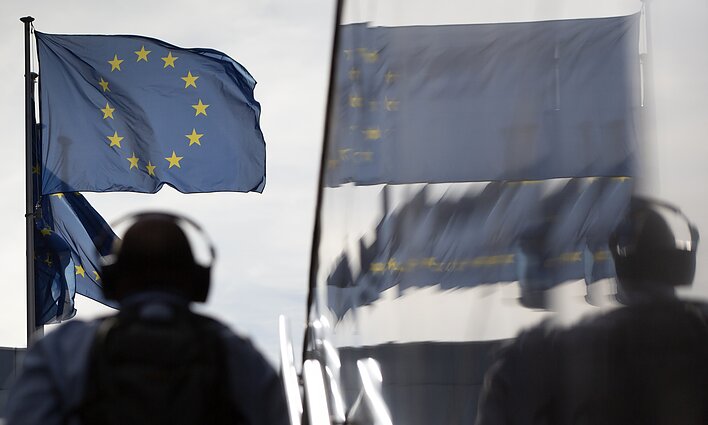 The European Defence Fund (EDF) could prove to be of great benefit to Lithuanian companies eager to establish themselves in defence industry. Regardless of their competencies, the competing companies need a promotional strategy that is almost certain to help them win.

On April 29, the European Parliament approved € 7.9 billion for funding the EDF between 2021 and 2027. The sum is significantly lower than the € 13 billion which had been approved in 2018, but it was adjusted due to the COVID-19 pandemic and the need to fund other EU priorities.

The EDF primarily seeks to consolidate the idea of the European strategic autonomy and enhance national defence. It promotes cooperation between defence industry and EU countries, hoping to boost the development of the advanced defence technologies and products.

At the same time, the EDF will allow EU countries to save large amounts of money by providing other means of funding to cover some of the national defence needs. The EDF will additionally subsidize research in the defence sector and seek to integrate new contributors into the armaments and military equipment supply chains.

How did Lithuanian companies do in preparatory EDF programs?

Prior to the full implementation of the EDF, there were two pilot programs between 2014–2020: the Preparatory Action on Defence Research (PADR), and the European Defence Industrial Development Program (EDIDP). The PADR program provided € 90 million in grants for defence research cooperation, while the EDIDP offered € 500 million for joint defence development projects.

The European Defence Agency (EDA) has been mandated to implement the PADR program and more than 200 companies from 22 EU member states and Norway have participated, implementing 18 projects, some of which still ongoing. Small and medium-sized enterprises (SMEs) attracted 22 percent of all available financial support.

The largest PADR project is OCEAN 2020, with a total EU contribution of € 34.5 million. The prototype developed during OCEAN 2020 was successfully tested in the Gulf of Taranto in Southern Italy in 2019 and in the Baltic Sea in 2021. Two Lithuanian entities were engaged in OCEAN 2020: the Baltic Institute of Advanced Technologies (BPTI), and the Lithuanian Navy. The BPTI received a € 620,000 grant, while the Lithuanian Navy was supported by € 100,000.

The BPTI is also involved in the CROWN (multifunctional high-frequency system based on active electronically scanned radar technology) and INTERACT (interoperability standards for military unmanned systems) projects within the PADR framework. However, the amount of EU support for those projects is still not publicly available. 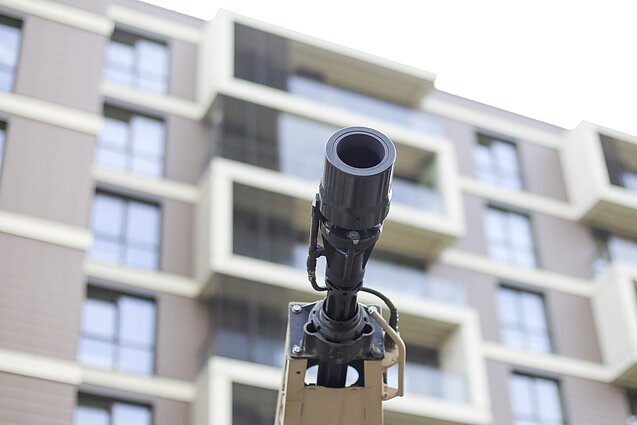 Additionally, the Textile Institute, part of the Physical and Technological Science Centre, is participating in another PADR project, ACAMSII, which is developing an adaptive soldier camouflage system. It has received € 310,000 in EU funding.

The EDIDP is supervised directly by the European Commission. It involves 166 companies from 24 EU countries, where SMEs attracted 37 percent of the financial support. In 2019 and 2020, EU countries took part in 21 projects. Additionally, the Commission provided € 160 million directly for two projects addressing Europe's defence capability gaps.

In 2020 EDIDP calling, four Lithuanian companies, BPTI, ELSIS, ELSIS PRO and NRD CS, participate in six projects, one of them, BPTI, as the coordinator of the CYBER4DE project. CYBER4DE has an estimated value of almost € 9.7 million and involves ten companies from seven countries.

Notably, the calling for EDIDP has the largest number of participants of any EU defence support program ever developed. Of the 63 submitted projects, 26 proposals were selected to receive a total funding of € 158.3 million.

The European Commission and EU member states set up a program committee directly responsible for the management of the EDF programs. The EDA will participate in the program as an observer and the European External Action Service is directly inserted into the committee.

The EDF is expected to have two funding lines: one for collaborative defence research (up to € 2.6 billion), and the other for collaborative capability development projects co-funded by national contributions (up to € 5.3 billion).

The EDF will support defence projects throughout the research and development cycle and will complement member states' investments by co-financing up to 20 percent of prototyping costs and up to 80 percent of additional certification and testing activities. The EDF will not cover the acquisition of armaments or military equipment. 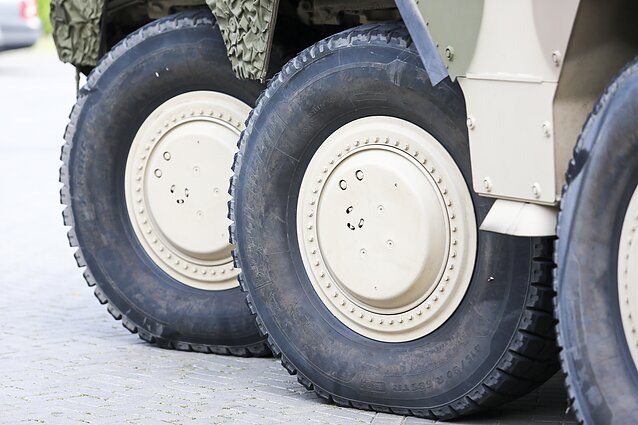 To get the EDF funds, projects need to involve at least three operators from three member states. The EDF will encourage cross-border participation of SMEs by increasing their funding intensity. It is estimated that 4 to 8 percent of EDF support will go towards emerging disruptive technologies in the field of defence.

As observers note, the EDF will be successful if: 1) member states and defence companies continue investing in technologies developed through EDF projects; 2) there is the possibility to adjust long-term national defence acquisition plans; 3) the projects cover gaps in EU defence capabilities; 4) governments and defence industry companies work extensively with countries outside the EU; and 5) the interests of the states are adequately represented in the EU institutions supervising the EDF.

Some details about EDF preparatory programs

Grant sizes. There were specific amounts allocated to each of the EDIDP callings, yet the amounts awarded to the winners differ from the initial estimates (eg, € 10.6 million anticipated for the SME group and € 13.6 million actually allocated, and € 13.5 million anticipated for the Chemical and Bacterial Safety Program, but only € 8.3 million actually allocated). This means that the Commission reallocated funds to ensure maximum funding for all projects. Moreover, only four projects for full funding were approved where the coordinators of these projects were companies from France and Spain.

Impact of the PESCO program. Fifteen of the 26 winning projects were identified as participating in the PESCO programs. Three projects (ALTISS, CUIIS, and FIRES) were even associated with two PESCO programs. A very interesting point is that the entity from a PESCO coordinating country does not necessarily participate in an EDIDP project as a coordinator or a participant. Instead, a third party‘s proposal has to be coordinated with the specific PESCO coordinator and the participants of the PESCO program. However, we can also see the opposite occurring as well with the states responsible for coordinating PESCO encouraging national actors to participate in the EDIDP program. Out of 15 EDIDP programs that overlapped with PESCO projects, 10 of them are currently coordinated by entities from the same countries which are coordinating specific PESCO projects.

Continuity of cooperation. Analysis of the EDIDP 2020 calling which included Lithuanian participants showed that the BPTI and ELSIS PRO have already successfully participated in previous EU defence research initiatives. It has been argued that Lithuanian entities have demonstrated their capabilities and proven their reliability, and should therefore continue to be invited to participate in other programs.

Moreover, there are close associations between the Lithuanian participants and partners from other countries. These associations continue to develop, adding more success as time passes.

Meanwhile, two new Lithuanian entities, ELSIS and NRD CS, are participating in the 2020 EDIDP calling and are likely to be successful as they continue to work on future EU defence projects. However, one should not disregard that larger foreign companies involve participants from small countries, especially SMEs, in order to be able to increase project funding intensity by 25 percent (provided that at least 10 percent of the project costs are allocated to SMEs). 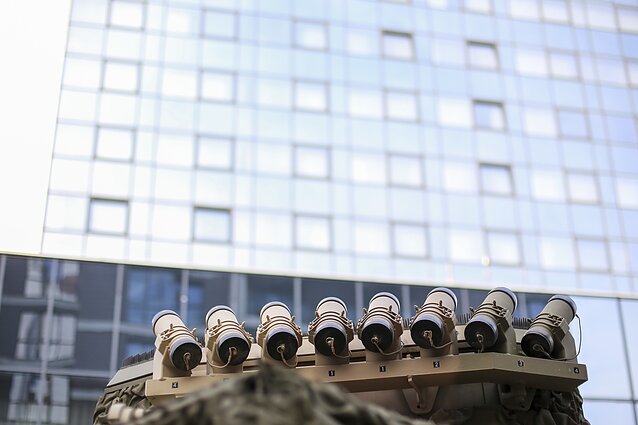 How to be successful while applying for the EDF callings?

There is no doubt that a Lithuanian company seeking to participate in the EDF calling needs to meet the minimum requirements set out in the application documents. Consideration should also be given to analysing the results of previous EU defence initiatives, PADR and EDIDP, and to identify which partners to team up with and in which specific callings to participate. For example, a lower number of participants took part in the following EDIDP callings: protection against chemical and bacteriological weapons; artificial intelligence; and the use of countermeasures against unmanned aircraft, ground devices, and simulation systems.

Next, if possible the proposed project should be linked to a PESCO project, in which case it would be necessary to coordinate with the specific PESCO project coordinating country to ensure that there are no plans to promote national entities. As mentioned above, the involvement of French, Spanish, and Italian actors in the project could have a positive impact on the final decision in the corridors of Brussels. The participation of Lithuanian SMEs with larger entities would ensure a higher enticement for overall project financing. Participants are encouraged to consider priorities highlighted by the EDA that are reflected in the Capability Development Plan, the Strategic Research Agenda, and the Key Strategic Action Document.

National ministries can guarantee the financial capacity of participants to carry out the project, but project participants must still factor into their project budget the ability to accomplish the project without any advance payment from the EU. In most cases, projects of this scope take at least two years to complete. It is worth taking the precaution of having alternative sources of funding readily available.

There is no doubt that a successful application requires not only expertise and enthusiasmof a participating company, but also a proper involvement of public and legal authorities. Closer cooperation between defence industry companies, research institutes, participants, and the Ministry of Defence at this stage is one of the most important roads to success. This would definitely help attract the necessary funding and partners who have additional political leverage that could facilitate further development of technologies to enhance national defence.

The author appreciates Mr. Will Gonzales (HQ MNC-NE) for the English proof read and comments on the initial commentary. 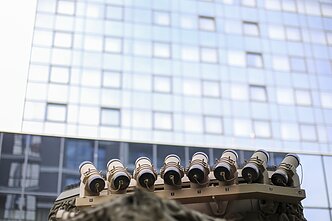 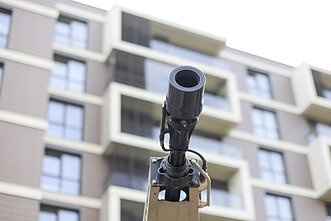 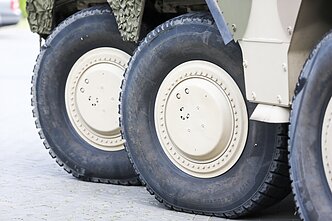