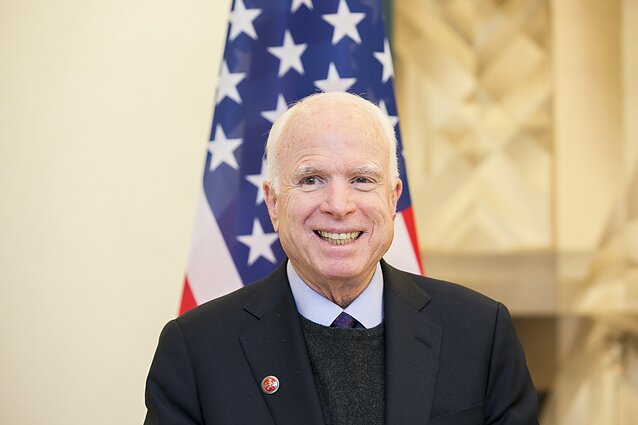 Prime Minister Ingrida Šimonytė has been invited to accept the award, but will not be able to attend the ceremony in Washington DC on October 19. Instead, she will send a pre-recorded speech.

Besides Lithuania, the award will honour “democratic leaders” in Belarus, Burma and Cuba.

The Freedom Award was established in 1995 to honour individuals who have worked to advance freedom and democracy around the world. Former nominees include Jong Paul II, US President Ronald Reagan, former US Secretaries of State Henry Kissinger, Colin Powell, Condoleezza Rice, as well us Russian opposition leader Boris Nemtsov (posthumously), as well as Ukraine's Maidan movement and the people of Belarus, Venezuela and Hong Kong.

John McCain was a Republican US senator until his death in 2018. H ran for president in 2008, but lost to Barack Obama.

According to the Lithuanian government's statement, McCain was one of the strongest supporters of the Baltic states' NATO membership and strongly supported the deployment of US troops in the region.