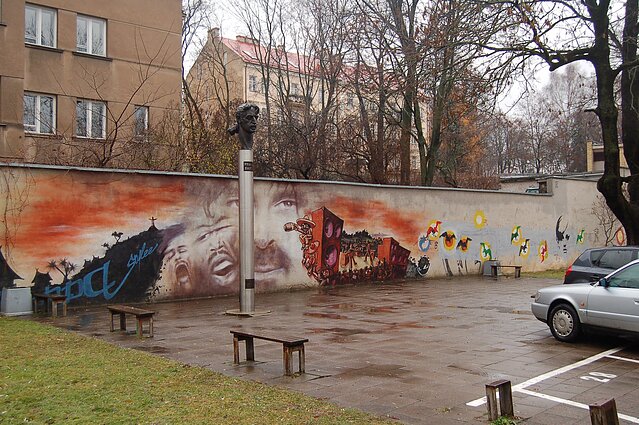 Plans to move a monument to an American musician and composer Frank Zappa in central Vilnius to free up space for construction work has angered fans.

Zappa’s bust is located on a square named after him on K. Kalinauskas street in Vilnius. The city authorities are planning to move it elsewhere to provide space for expanding a nearby clinic.

Saulius Paukštys, one of the initiators of the monument said he will submit a petition with 500 signatures to Vilnius City Municipality on Thursday. It will call on the city authorities to preserve the square, leaving the "monument to Frank Zappa who has become a Vilnius legend” in place.

Speaking with BNS, Vilnius chief architect Mindaugas Pakalnis said the project will be adjusted and will no longer feature a car park instead of the square.

The privately funded Zappa sculpture was installed in Vilnius in 1995. The musician has never been to Lithuania and had no other connection to the country. Lithuanian Zappa fan club, founded by Saulius Paukštys and Saulius Pilinkus, initiated a similar monument in Baltimore, US.