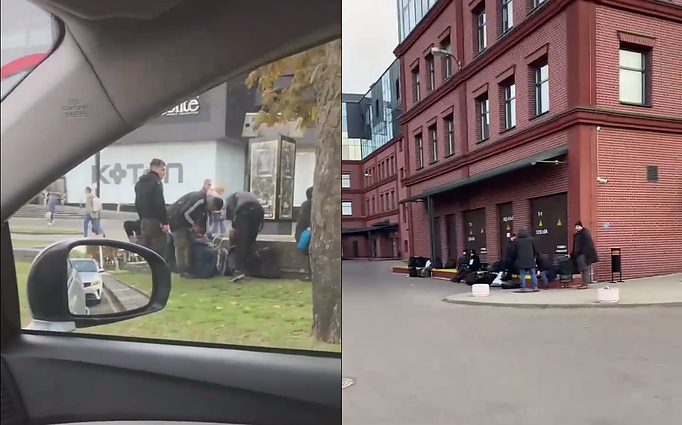 Videos and pictures showing migrants sleeping in the streets and crowding Minsk Airport have been spreading across Belarusian social media, Belsat news website reported on Tuesday.

Lithuania, Poland, and the EU say Belarus is facilitating people smuggling from the Middle East and Africa, seeking to push the people across its western borders. Baltic and Brussels officials call it “hybrid aggression” in response to sanctions imposed in the wake of the violent regime crackdown on the opposition.

Earlier this year, Iraqi airlines suspended flights from Iraq to Minsk following an intervention by the EU. However, people still arrive in Belarus on flights from Istanbul, Dubai, and Damascus, according to Belsat.

Videos posted on TikTok also showed the main Belarusian airport in Minsk packed with people appearing to be from the Middle East, with many of them sleeping on the floor.

“Even the border guards are shocked,” Belsat quoted an anonymous source.

After leaving the airport, the people find their way to Minsk hotels and are usually escorted by representatives of the Belarusian travel agencies. However, locals in Minsk report an increasing number of migrants sleeping on the streets.

The footage also shows migrants gathering in large groups outside hotels in many parts of the country. Belarusian buses were also seen taking migrants to markets and shopping centres, where they bought warm clothes, boots, and gloves.

“Lukashenko’s traffickers no longer hide what they are doing. Previously, they tried to cover up their migrant smuggling, but no one cares anymore,” a source told Belsat.

In Grodno, near the Belarusian–Polish border, photos published by Belsat showed groups of migrants, including small children, sleeping on the street before being whisked away by the Belarusian officers.

The NEXTA Telegram channel also reported a large group of migrants, accompanied by people in civilian clothes, appearing in the border region of Brest.

A picture submitted tol Belsat showed one migrant group in the border area. Before setting off towards the EU–Belarus border, they had allegedly knocked on the nearby villagers’ doors and asked for food. 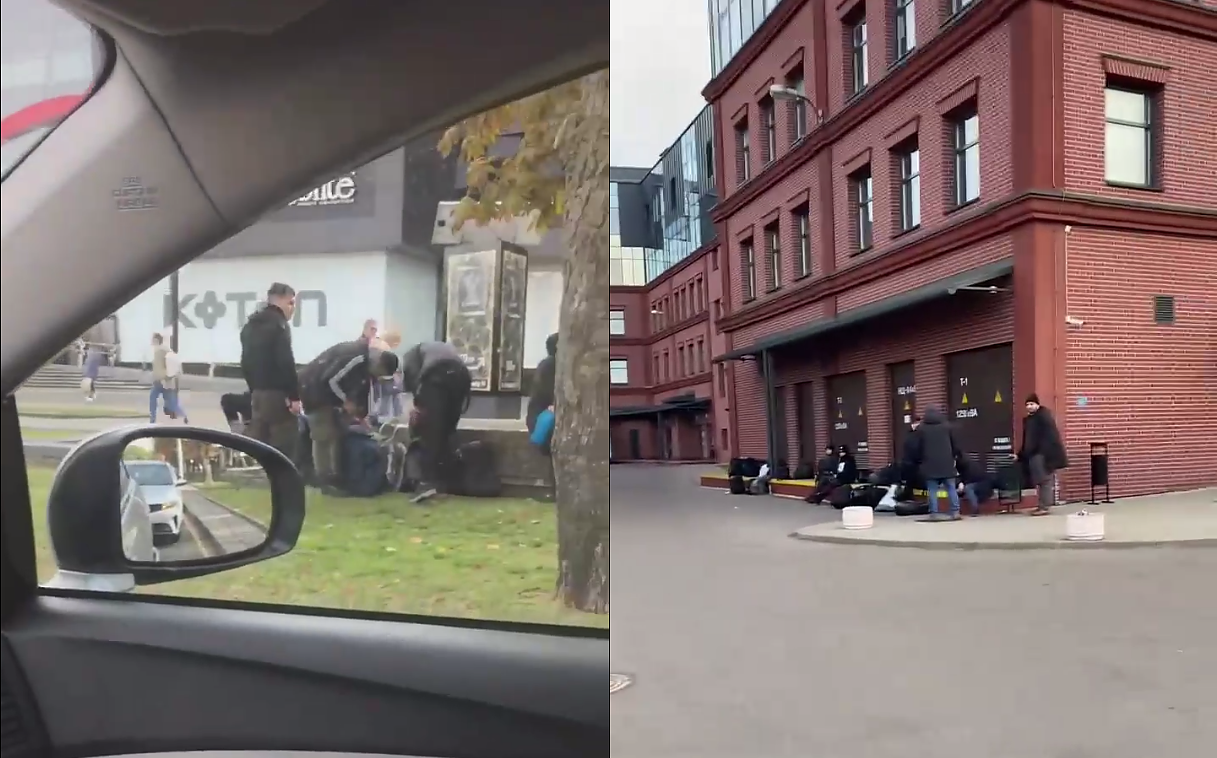