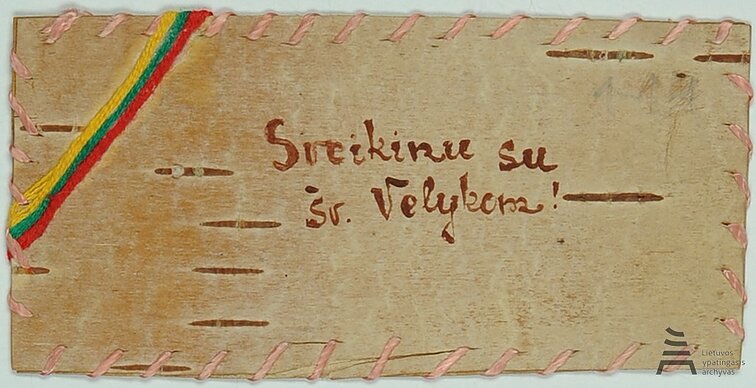 A postcard written on birch bark in a Soviet Gulag camp was included in the Lithuanian National Register of the UNESCO World Memory Programme, the Lithuanian Special Archives announced on Tuesday.

Anatalija Grinevičiūtė, who was imprisoned in the Inta Women’s Corrective Labour Camp, a town in today’s Russian Komi Republic, wrote the Easter postcard on birch bark in 1956.

The other two objects of the UNESCO World Memory Programme stored in the Lithuania Special Archive include the Lithuanian Partisans Declaration of February 16, 1949, as well as a map of the mass deportations that took place during the 1949 Operation Priboj. 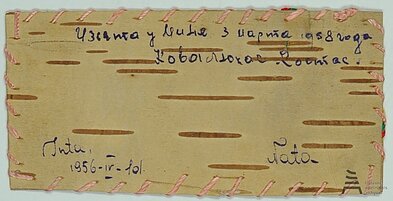 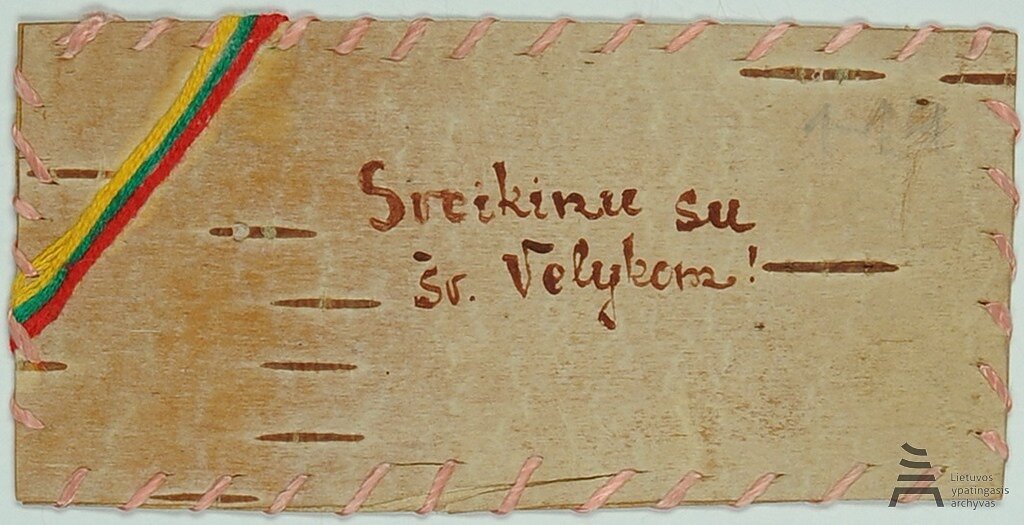 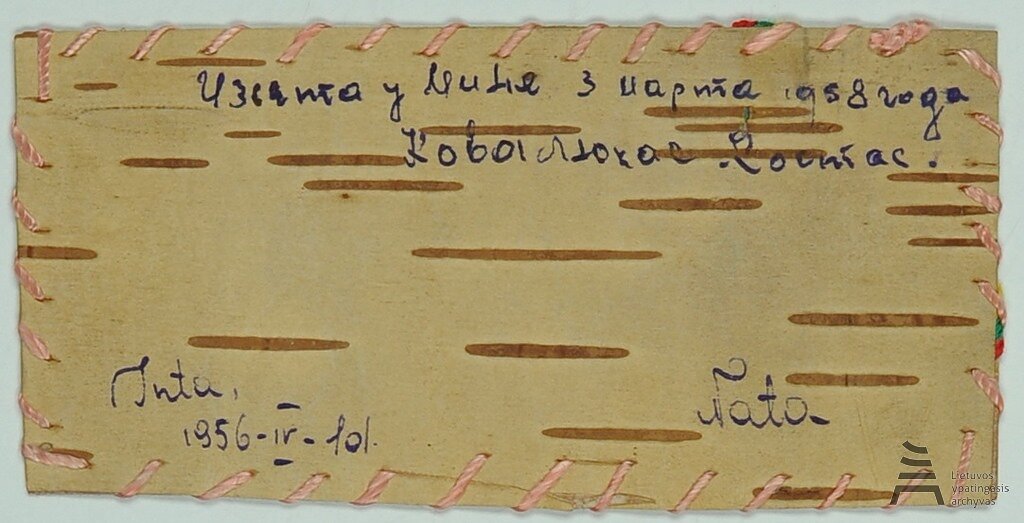