Lithuanian Foreign Minister Gabrielius Landsbergis met with his Latvian, Estonian and UK counterparts in London on Monday to discuss Euro-Atlantic security issues and relations with Moscow and Beijing.

"At a time when the geopolitical situation in the world is complex and constantly changing and we are facing new threats, one of the most important challenges is to maintain our transatlantic unity," Landsbergis said in a statement. "History has taught us that the world is much safer, when Europe and the US are working together."

Last month, the UK, Australia and the United States announced the creation of a new defence alliance (AUKUS).

The new alliance is seen as an attempt to counterbalance China's growing economic and military power in the region, but the news has fueled concern in Europe.

The participants of Monday's meeting in London urged Minsk to immediately stop fueling irregular migration across the Belarusian–Lithuania border. 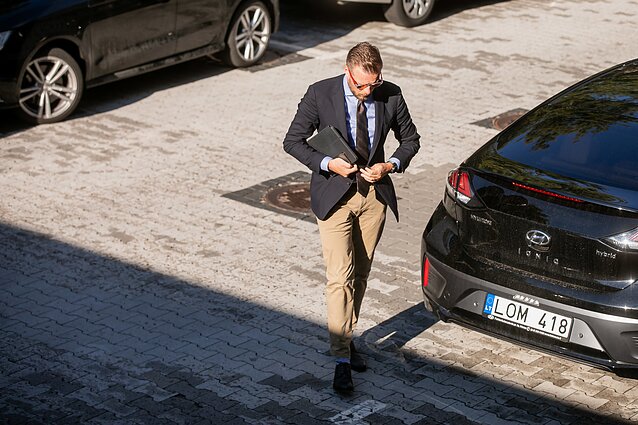 The Baltic and UK foreign ministers agreed to work closely together in "multilateral fora" to ensure that Russia and China comply with their international obligations, including human rights.

The ministers also underlined the need for a principled policy based on shared values in response to "the systemic challenges posed by China", the ministry said.

"China's economic and diplomatic pressure on Lithuania for its efforts to foster closer economic ties with Taiwan is unacceptable," Lithuania's top diplomat said. "The diversification of markets and the strengthening of economic cooperation with the countries of the Indo-Pacific region are among our priorities."

Relations between Vilnius and Beijing have turned sour in recent months after Lithuania started developing ties with Taiwan, which China regards as a rebellious province.

In August, China recalled its ambassador to Vilnius and demanded that Lithuania withdraw its envoy to Beijing after Vilnius allowed Taipei to open its trade office in the country under the name "Taiwan".

Elsewhere in the world, Taiwan's representative offices operate under the name of Taipei, in line with an international consensus that this does not run counter to the "one China" policy which prevents Taiwan from being treated as a separate state.

In London, the ministers also reiterated their strong commitment to Ukraine's sovereignty and territorial integrity and reaffirmed their support for Ukraine's Euro-Atlantic integration and reform process.

They also agreed "to develop closer economic ties between the UK and the entire Baltic region to promote trade and investment, and identified such sectors as cyber and digital economy, life sciences, research, high-tech, defence, energy and infrastructure", according to the press release.

The foreign ministers, Eva-Maria Liimets of Estonia, Gabrielius Landsbergis of Lithuania, Edgars Rinkēvičs of Latvia, and Liz Truss of Britain, issued a joint communication, stating their intention to continue meeting regularly to discuss key items on the international agenda and regional cooperation.