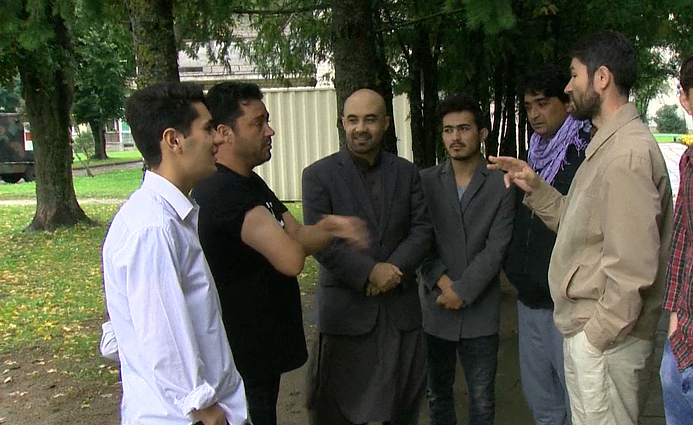 Afghan interpreters who assisted Lithuanian troops in Afghanistan, as well as their family members, have been granted asylum in Lithuania, according to the Migration Department.

“The decision has been made to grant 167 Afghans the refugee status, to issue permits to live in Lithuania. Tomorrow, they will be informed about the decision, and it will take several days to make residence permit cards,” Evelina Gudzinskaitė, head of the Migration Department, told BNS.

Applications of 11 more people are still being processed, with the agency waiting for additional information from other government services.

Most of the 170 Afghan citizens who were brought to Lithuania live in Raseiniai, while some reside in Vilnius. Those living in Raseniai will be able to take part in an integration programme over the next three months and find jobs.

“They had no right to work until now, but as far as I heard from the local mayor, there are employment options. So I think they will be able to get employment after receiving the permits,” Gudzinskaitė said.

Read more: In the words of Afghan translator in Lithuania: ‘The Taliban I know’