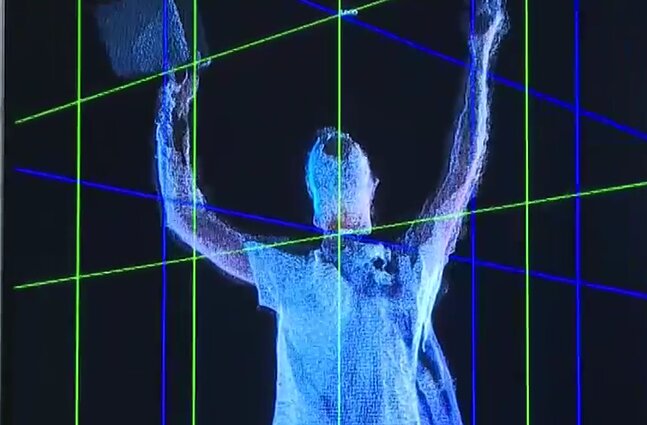 Opened in May, the Lithuanian pavilion at the Venice Architecture Biennale continues to draw visitors eager to join others in forming a Planet of People.

Located in a disused Church of Santa Maria dei Derelitti, the fictional Lithuanian Space Agency (LSA), founded by artist Julijonas Urbonas, invites visitors to become part of an astrophysical simulation as their bodies converge into a new celestial object, “a planet of people”.

The installation, designed by architects Ona Lozuraitytė and Petras Išora, looks like a temporary research base set up on another planet.

At the centre of the Planet of People installation is a 3D scanner that scans visitors and “sends” them into space as animated simulations. As more and more people participate over the course of the trial run in Venice, the scanned bodies begin to form an extraterrestrial planet.

Planet of People is the result of a decade of research into gravitational aesthetics. 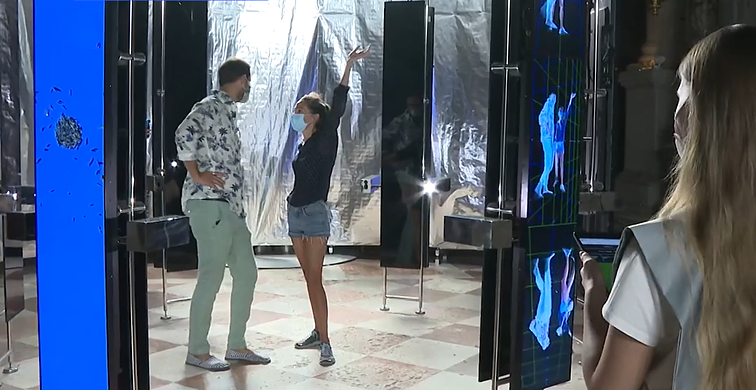 “When people see that they will be sent to space, they begin preparing for it and often do not come alone, but with their entire families, even with dogs, because they feel that we may be too lonely, so we need to travel together,” says Ieva Butkutė, a member of exhibition’s staff.

A figure at the top of the scanner shows how many scans have been carried out, although the number of bodies already sent to space is much greater.

“Sometimes four people come, sometimes two, in groups, but we also count every single visitor, we have a special calculator, everyone is recorded,” says another member of the staff Viktorija Matuzonytė. “The number of visitors now exceeds 40,000.” 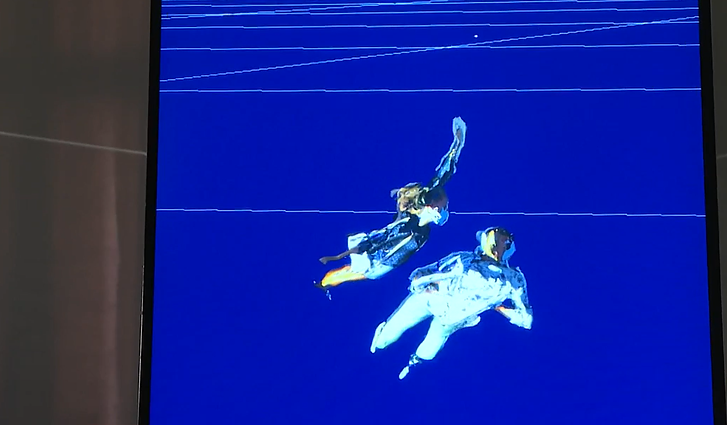 Installation has been praised by the biennale’s visitors for the thought-provoking idea behind it.

“I was affected by this astro conceptual idea, and the question that it raised for me here was what will happen to us when we die, how can people create something new after death?” said one of the visitors.

Since its opening in May, the LSA pavilion has attracted 14,308 visitors. The exhibition in Venice will run until November 21. 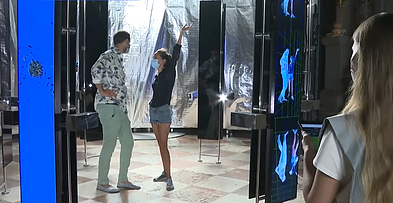 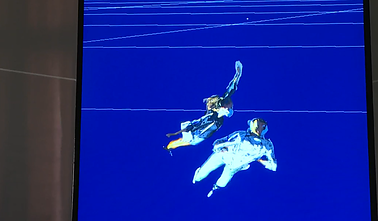 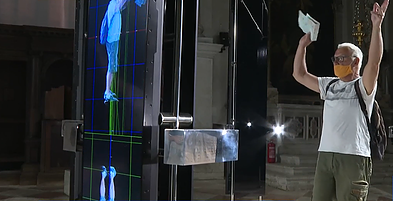 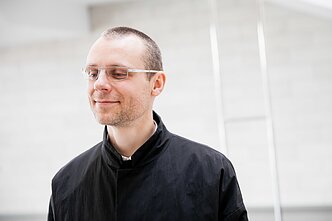 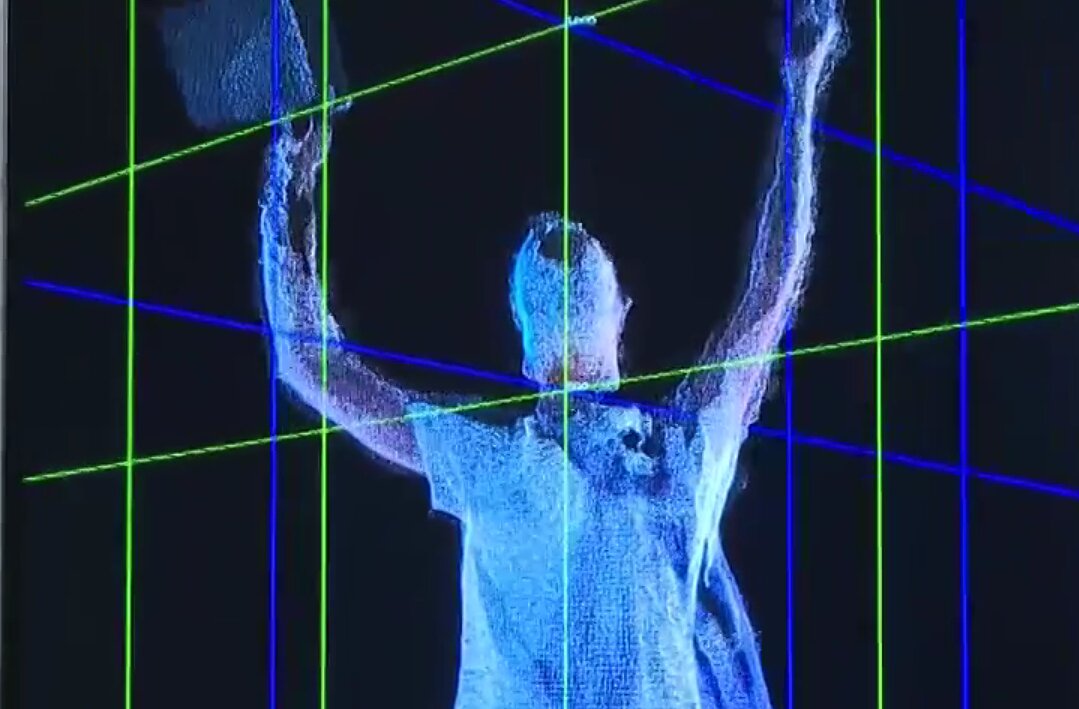 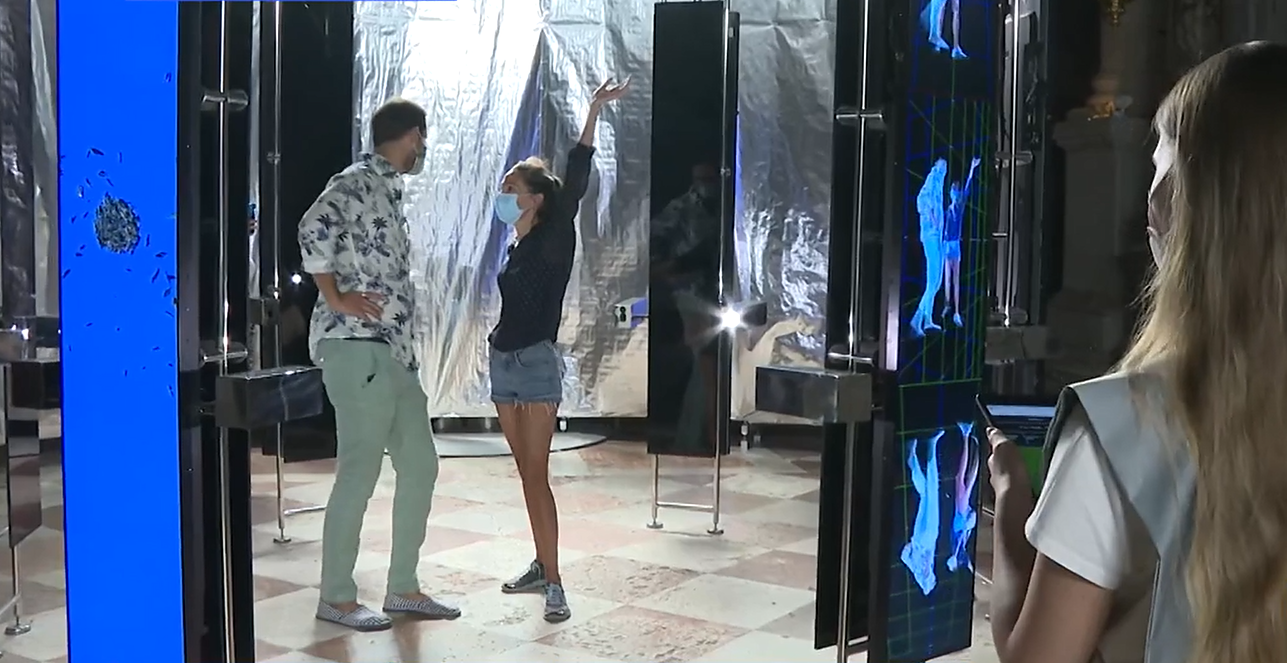 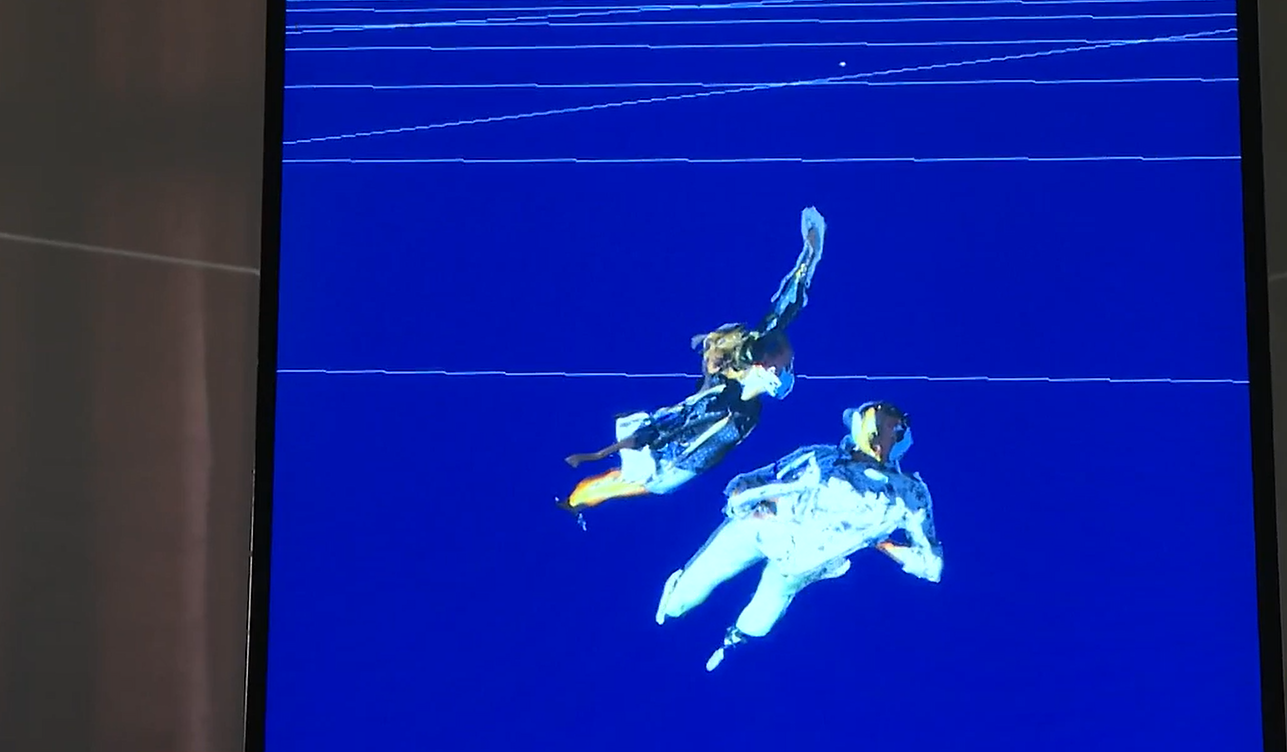 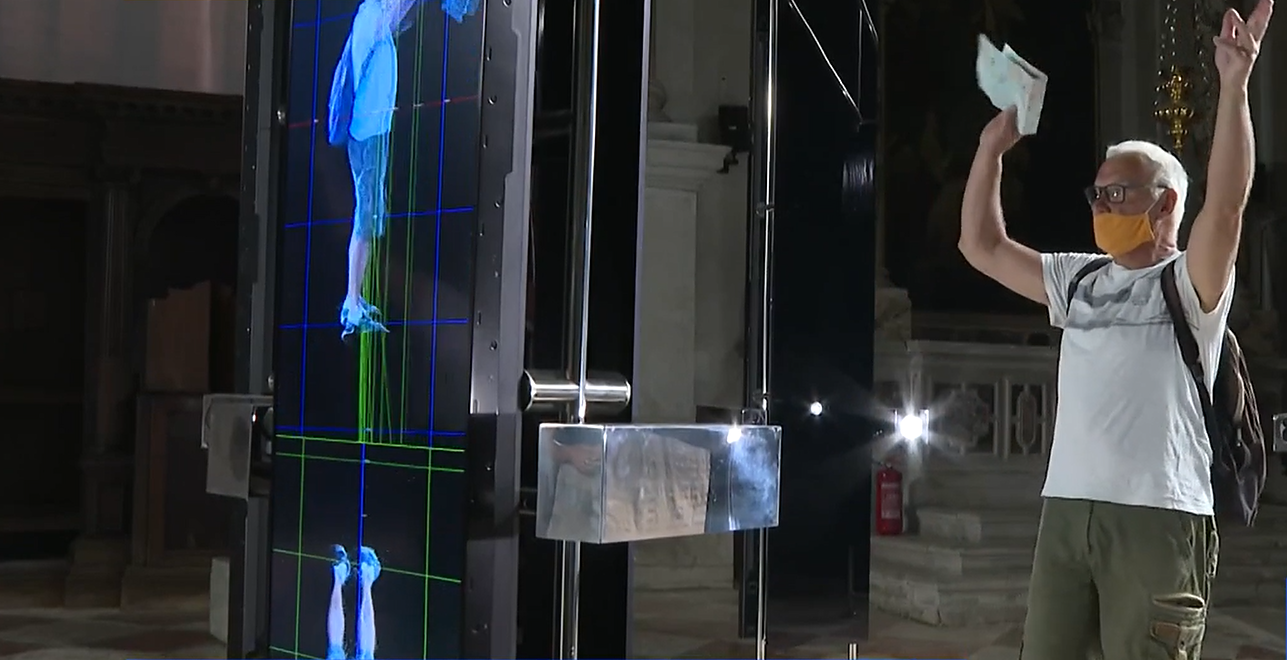 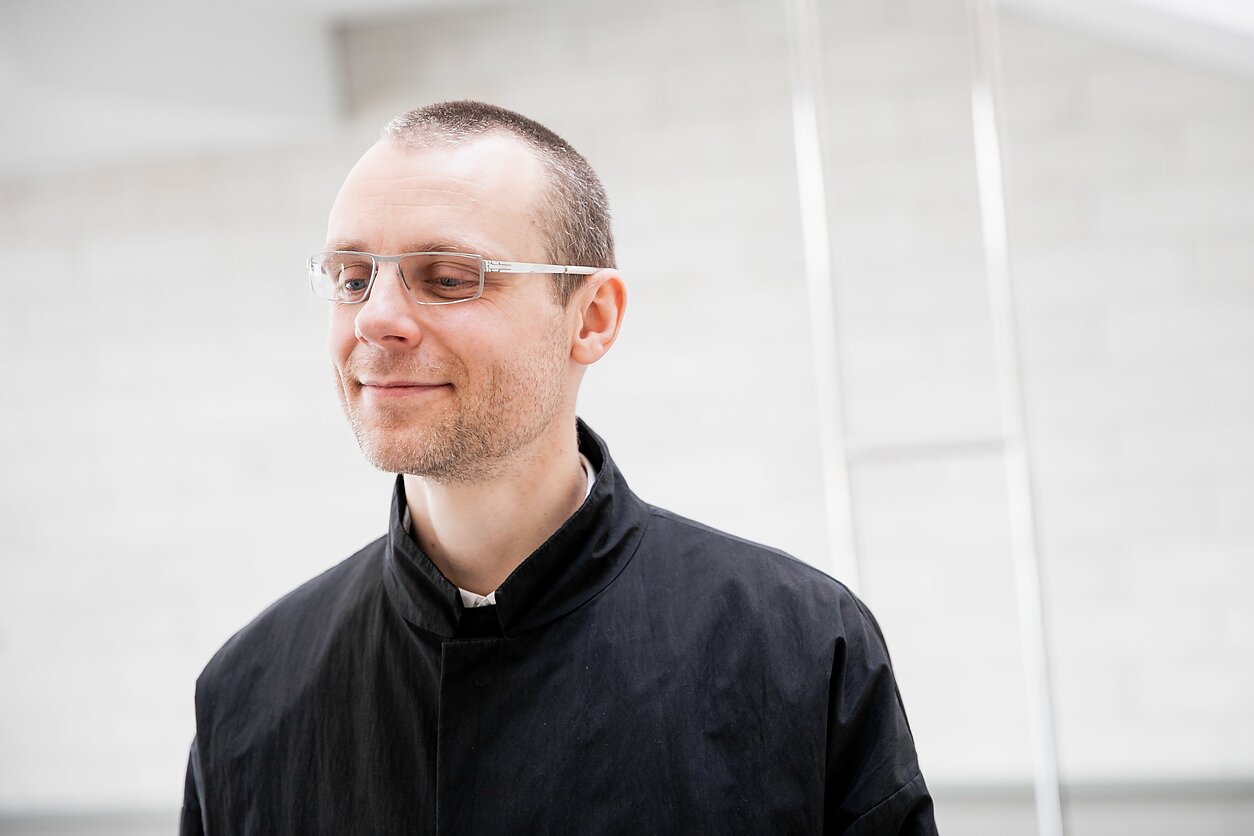