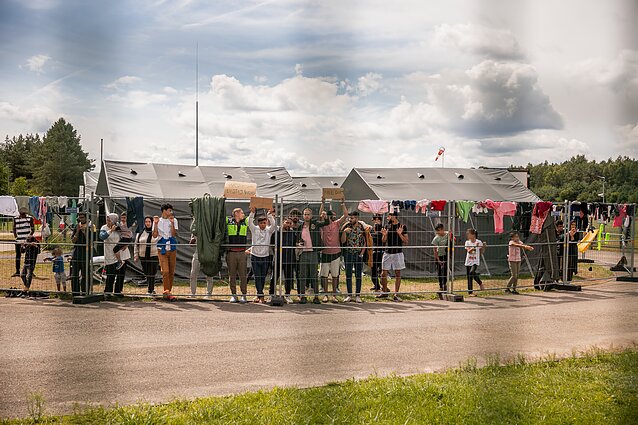 Migrants at one of Lithuania's camps / D. Umbrasas/LRT

“At present, the practice of pushing back [migrants] is the only effective measure to defend Lithuania from organised influx of migrants, no one would argue with that,” he said during a forum discussion on LRT TV. “However, we shouldn’t forget that we are dealing with people, not inanimate objects.”

Bodies of three men, believed to be Iraqi nationals, were found on the Polish side of the Poland-Belarus border, Polish officials reported on Sunday. Belarusian authorities also said an Iraqi woman was found within a metre of the border.

In efforts to tackle the migration influx, Lithuania has forgotten human rights and “the bare minimum of humanity”, Žalimas said.

“Lithuania, as a democratic country, may sometimes be in an unfavourable situation. The Belarusian regime can really do anything. We, sadly, cannot let these people die by our border.” 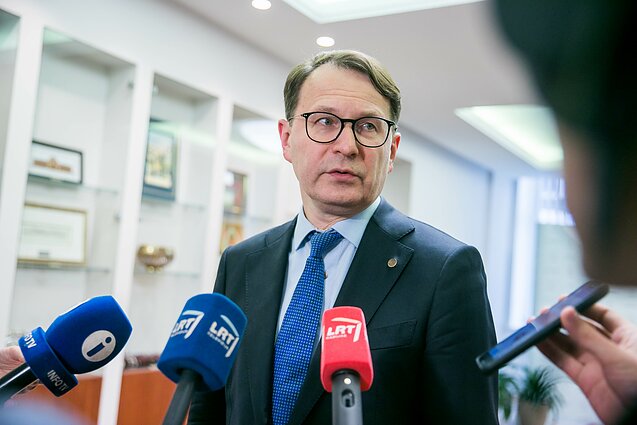 Lithuania risks being taken to court for its pushback policy, since protocol 4 to the European Convention on Human Rights explicitly prohibits collective expulsion of aliens, he adds.

“You declare an extreme situation, then respective constitutional guarantees, as well as the engagement mentioned in the European Convention on Human Rights are suspended. Because as of now, this engagement is still applicable to Lithuania.”

Moreover, limiting the right to appeal the decision on asylum applications runs counter to the Lithuanian constitution, Žalimas reminded.

Meanwhile Interior Minister Agnė Bilotaitė maintained that Lithuania was within its right to implement the pushback policy, adding that the European Commission did not issue any warnings regarding the practice.

“It is important to us that migration procedures are fast and effective,” she said during the discussion on Monday. 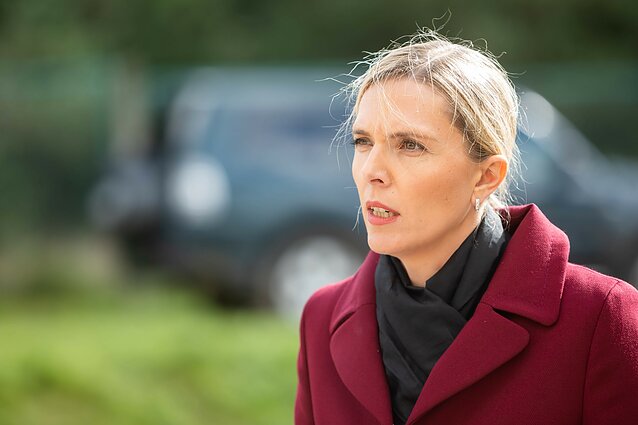 Measures used by Lithuanian authorities to tackle migration could be changed in a way that better balances national security with human rights, according to Jūratė Juškaitė, director of the Lithuanian Centre for Human Rights.

“Our policy, our actions, our rhetoric have veered into the zone where they are not entirely in line with human rights and values,” she said.

According to Interior Minister Bilotaitė, neither Lithuania’s nor the EU’s current laws are capable of properly handling irregular migration.

“We are talking about a unified standard at the border. This means that all EU borders need to be protected, equipped with a unified standard, for example, unified surveillance systems, physical barriers or other systems,” said Bilotaitė.

Moreover, she added, Vilnius plans to suggest that the EU as a whole adopt Lithuania's current policy which only accepts asylum requests at checkpoints and diplomatic representations, but not where they cross the border. 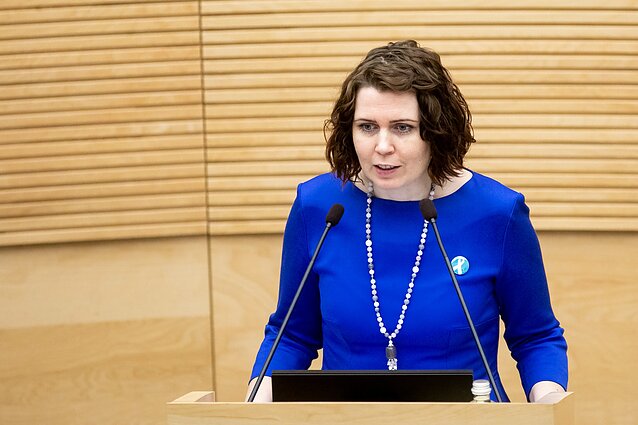 “[Countries that], on the one hand, are relatively stable, because they could meet their obligations and ensure minimal human rights standards. We cannot call ourselves democratic countries without this,” she said.

Even though the Belarusian regime has instrumentalized migrants for a “hybrid attack” against Lithuania, we should not let these people “freeze to death”, Šakalienė added.

Juškaitė, of the Lithuanian Centre for Human Rights, meanwhile argued that relocating migrants would prolong asylum procedures even more.

“The majority of those people are stranded, [...] they live in conditions of temporary accommodation, and these conditions last for decades,” she said. “We would have expensive camps that we would have to take care of.” 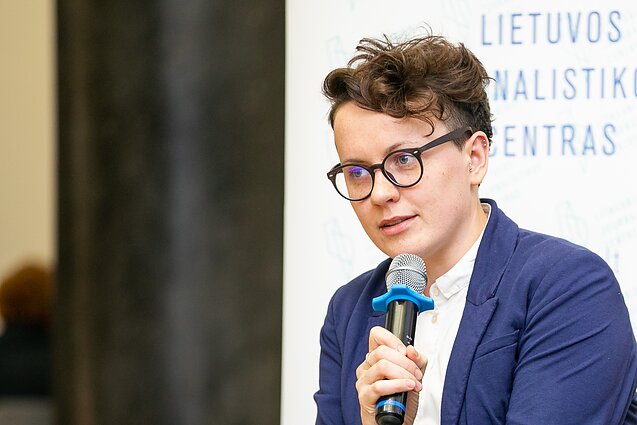 Criticism for living conditions and intolerance

Lithuania has already processed around 600 asylum applications, none of which were approved, according to Bilotaitė, who said that most of the people who entered Lithuania via Belarus were “economic migrants”.

Lithuania should, however, consider putting together plans for migrant integration, said Juškaitė.

“If we look at research done in the field of migration, we can see that if we want to integrate incoming people, we need to invest in them,” she said.

Moreover, Juškaitė believes, the government should tackle the issue of intolerance for “people of different religious and cultural backgrounds”.

“This question should be put on the table and we should talk of more global issues,” she said. “Not just on what we are doing from a humanitarian perspective, but how we, as a society, are dealing with the problem of hatred and being ill-disposed towards other people.” 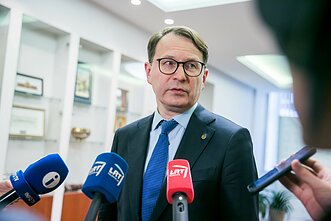 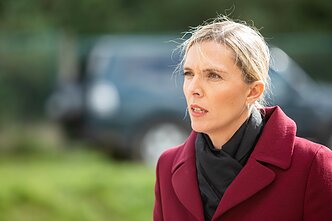 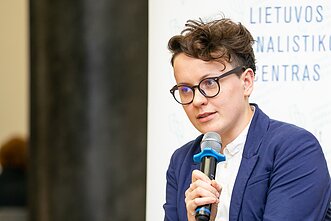 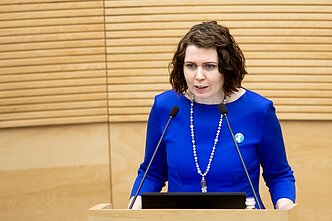 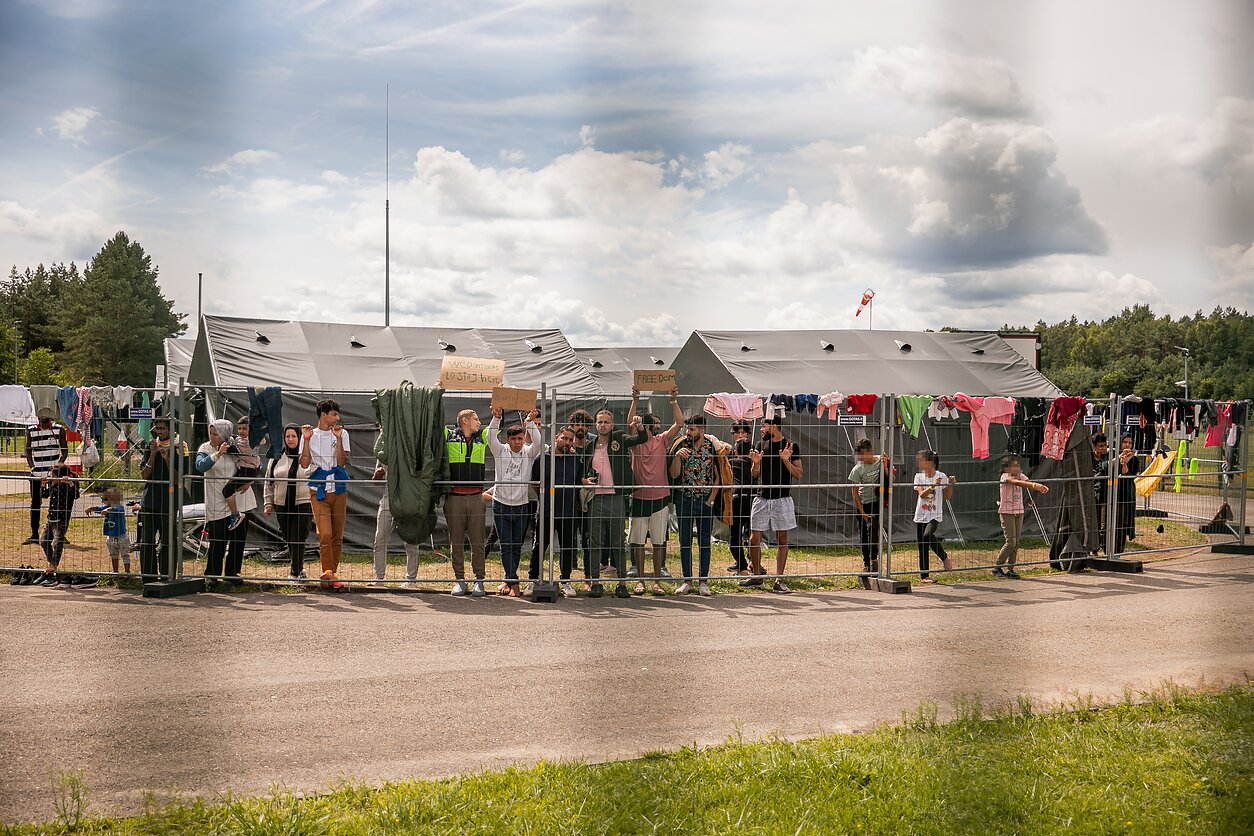 Migrants at one of Lithuania's camps
1 / 5D. Umbrasas/LRT 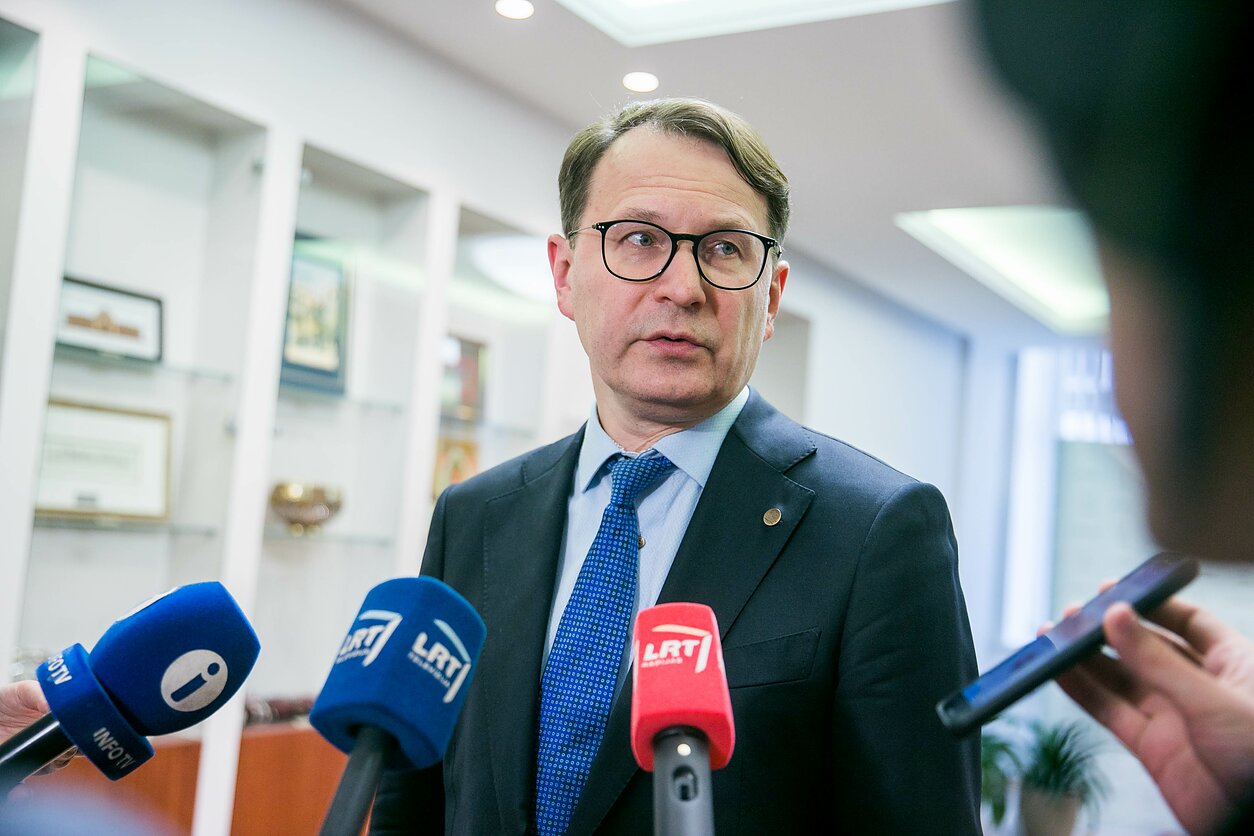 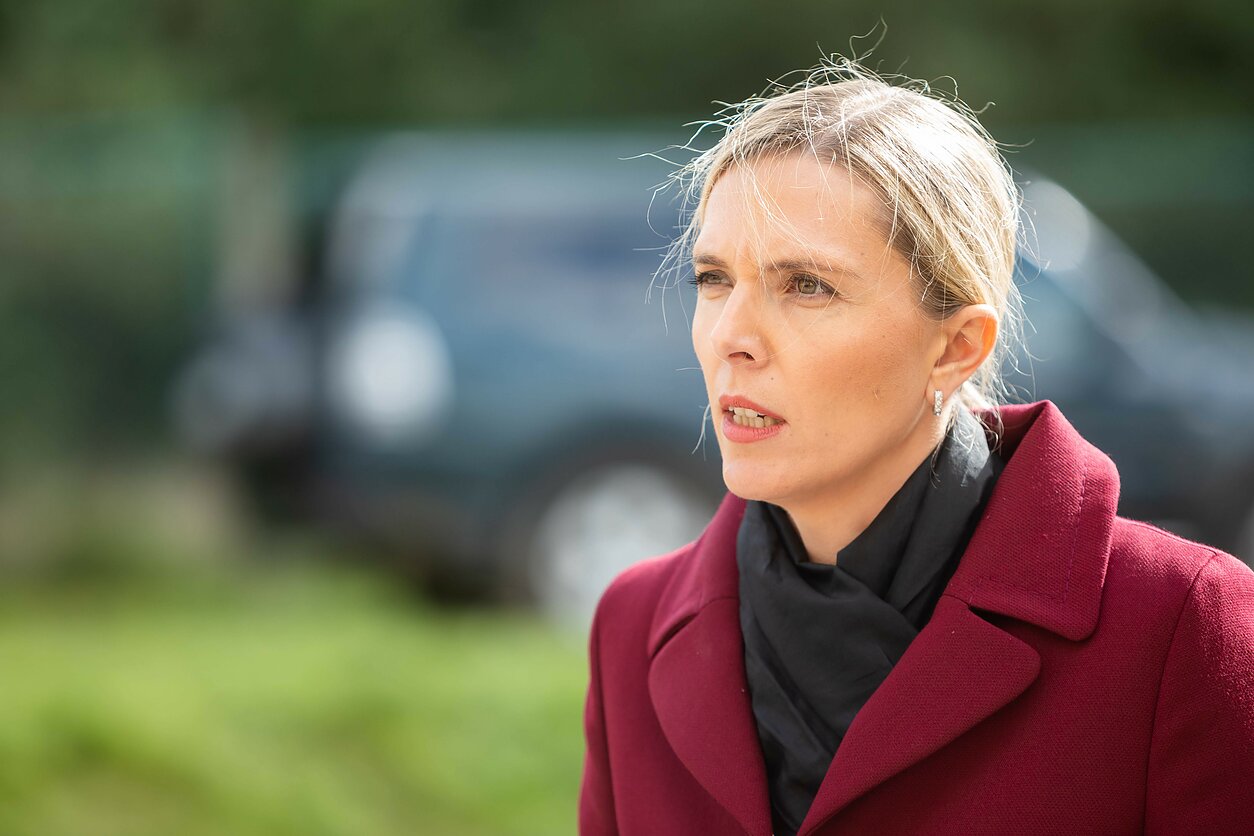 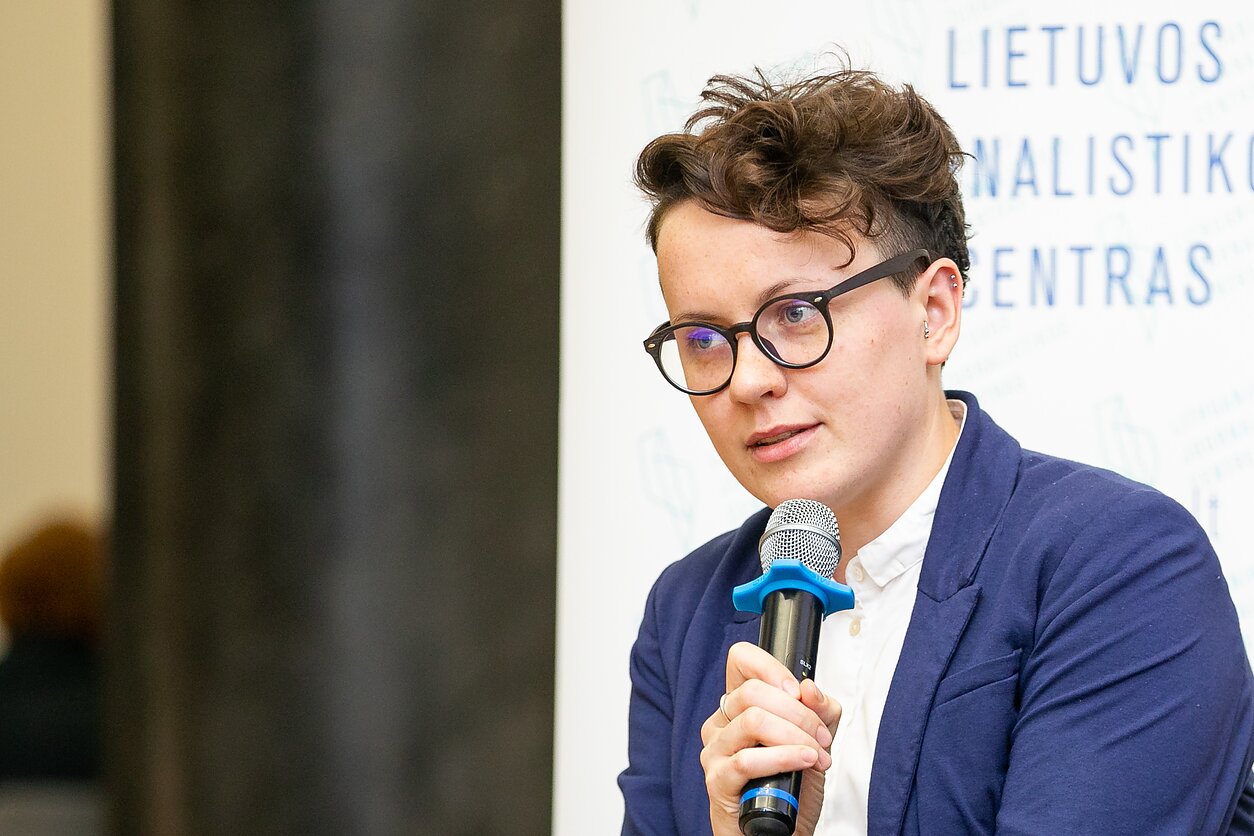 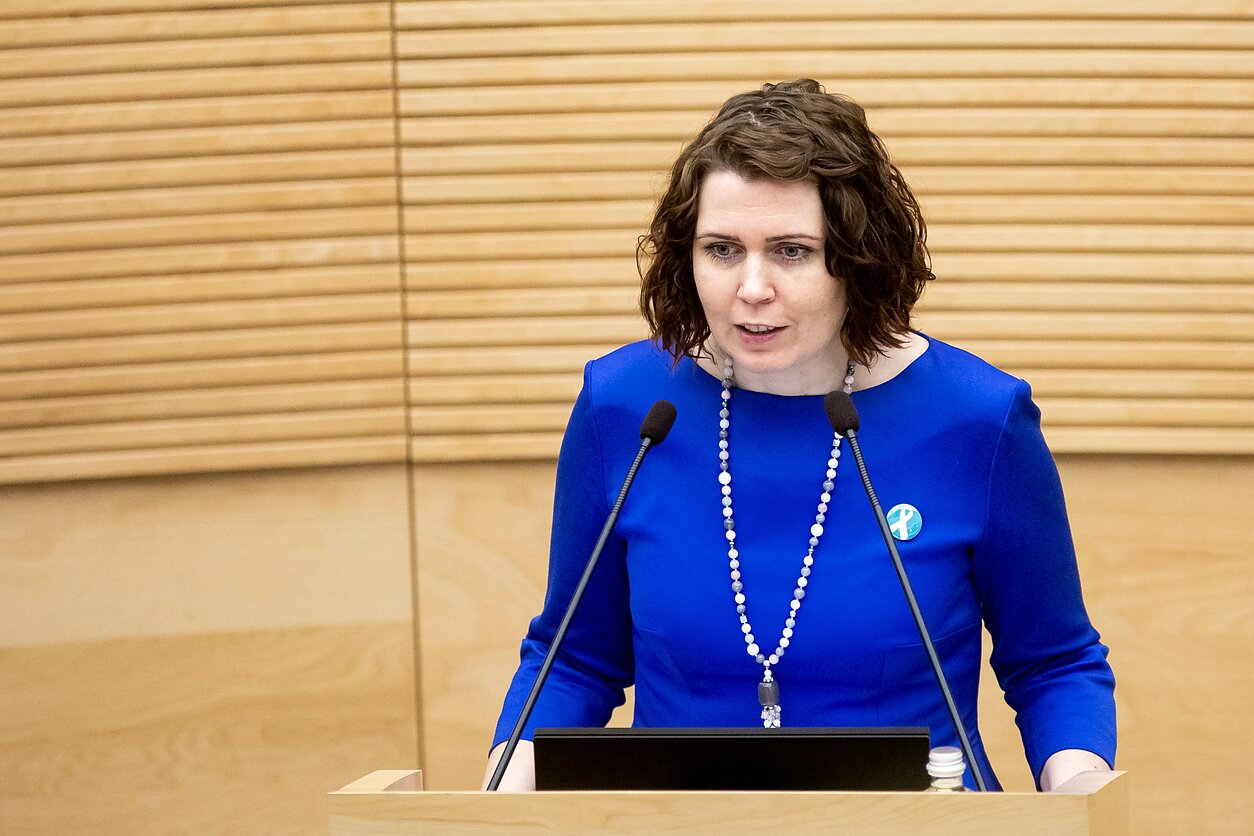