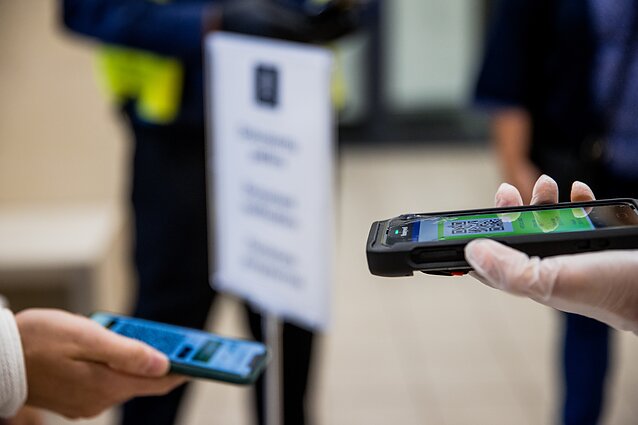 A man who was trying to enter a Vilnius supermarket with someone else's immunity certificate has been reported to the police and is now facing a fine of up to 5,000 euros.

The incident involving the 49-year-old man was reported to the police on Wednesday morning.

A member of the Maxima shop's security staff told the police that the man, who appeared to be a foreigner, showed a QR code on his mobile phone to be allowed in. The security guard became suspicious when his scanner showed a Lithuanian name, according to a press release by Vilnius police.

The man told the police that he had an immunity certificate issued by his home country on another phone.

He had photographed the Lithuanian document the day before at a construction site where he was working. The certificate was left on a table in a construction trailer by his foreman, the man said.

He is now facing a fine of 5,000 euros, according to the press release.

As of last Monday, Covid-19 immunity certificates – Lithuania's national opportunity pass (galimybių pasas) or its international equivalent – are required to access a range of services and shops.

Read more: List of 186 supermarkets in Lithuania that ask for Covid certificates