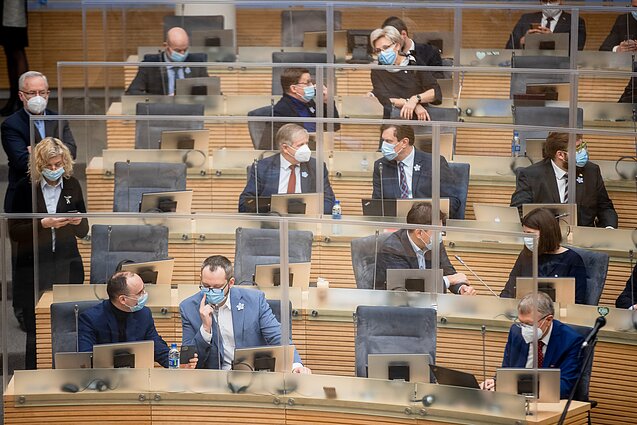 The conservative group in the Lithuanian parliament / J. Stacevičius/LRT

Popularity ratings of Lithuania's three major parties – the conservative Homeland Union–Lithuanian Christian Democrats, the Social Democratic Party, and the Lithuanian Farmers and Greens Union – have almost evened out, according to a new survey.

Carried out by Spinter Tyrimai for Delfi.lt on August 24-31, the survey shows that 12.1 percent said they would vote for the Homeland Union, slightly down from 13.5 percent in June.

The survey involved phone and online interviews of 1,014 people. 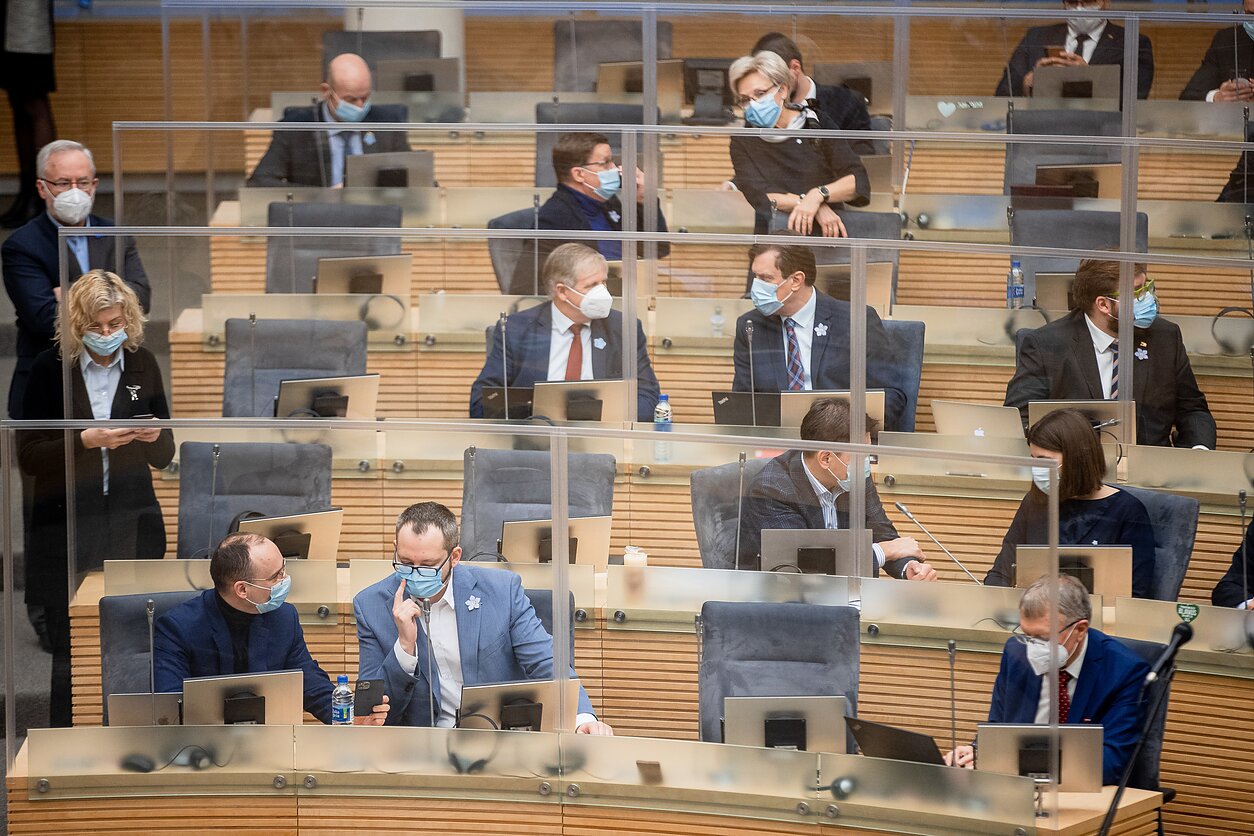 The conservative group in the Lithuanian parliament
1 / 1J. Stacevičius/LRT