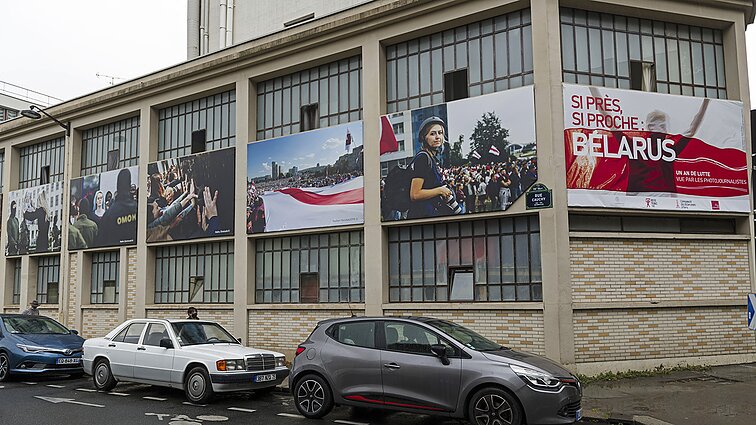 One of Belarusian opposition leaders Svetlana Tikhanovskaya, on a visit to France, officially opened an exhibition of photographs made by Belarusian journalists in the House of Journalist in Paris.

Tikhanovskaya has been invited to France by several politicians, including Paris Mayor Anne Hidalgo.

Speaking during a packed press conference in the House of Journalist on Wednesday, Tikhanovskaya praised the influential role of France in international diplomacy. She expressed worries that the events in the aftermath of the bungled presidential election of August 2020 were getting less attention in Europe and elsewhere.

Speaking about the photos on display, the Belarusian opposition leader said that the work of photojournalists was essential to keep the recent developments in her home country fresh in the minds. 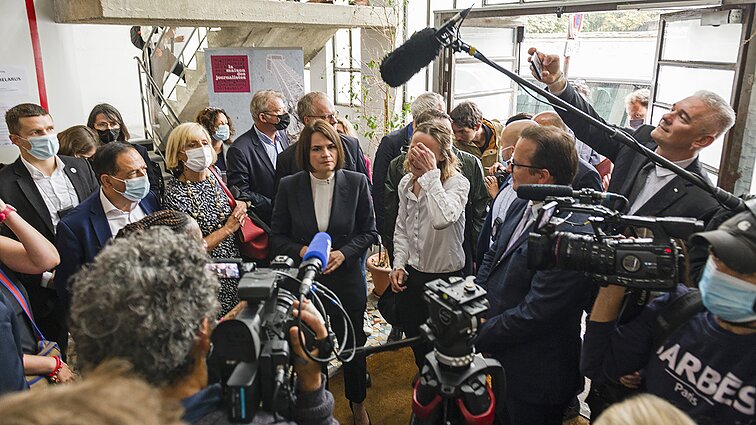 One of the Belarusian photojournalists told the audience how they realised in the aftermath of last year's presidential election that they found themselves increasingly in a warzone. The exhibition illustrates how the regime's actions escalated in 2020 and increasingly started targeting women and journalists.

Many Belarusian journalists have been forced into exile, about 30 are imprisoned and others threatened, as they are high on Alexander Lukashenko's target list.

The exhibition in the House of Journalists was organised with the assistance of the Belarusian Community in Paris, the Lithuanian Embassy in France, and the Polish Institute. It will be on display until 21 October. 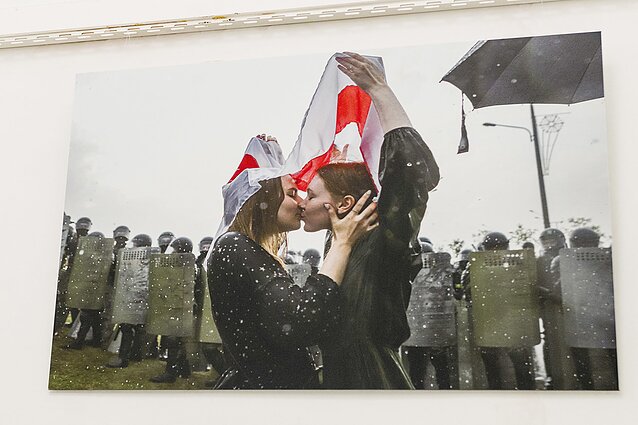 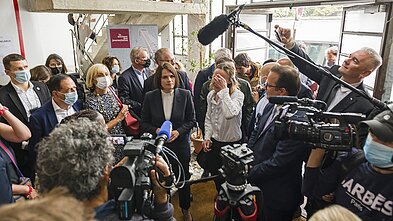 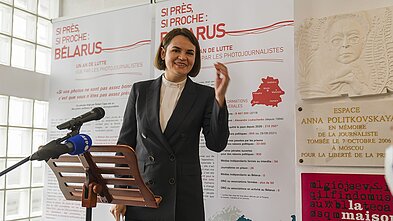 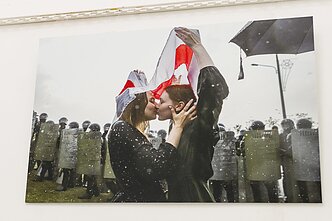 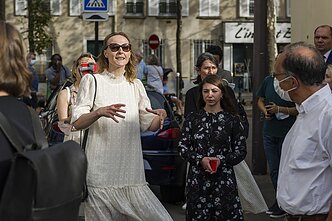 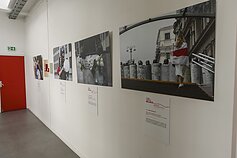 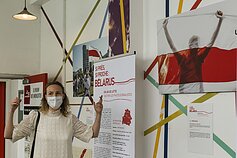 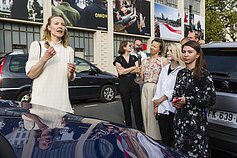 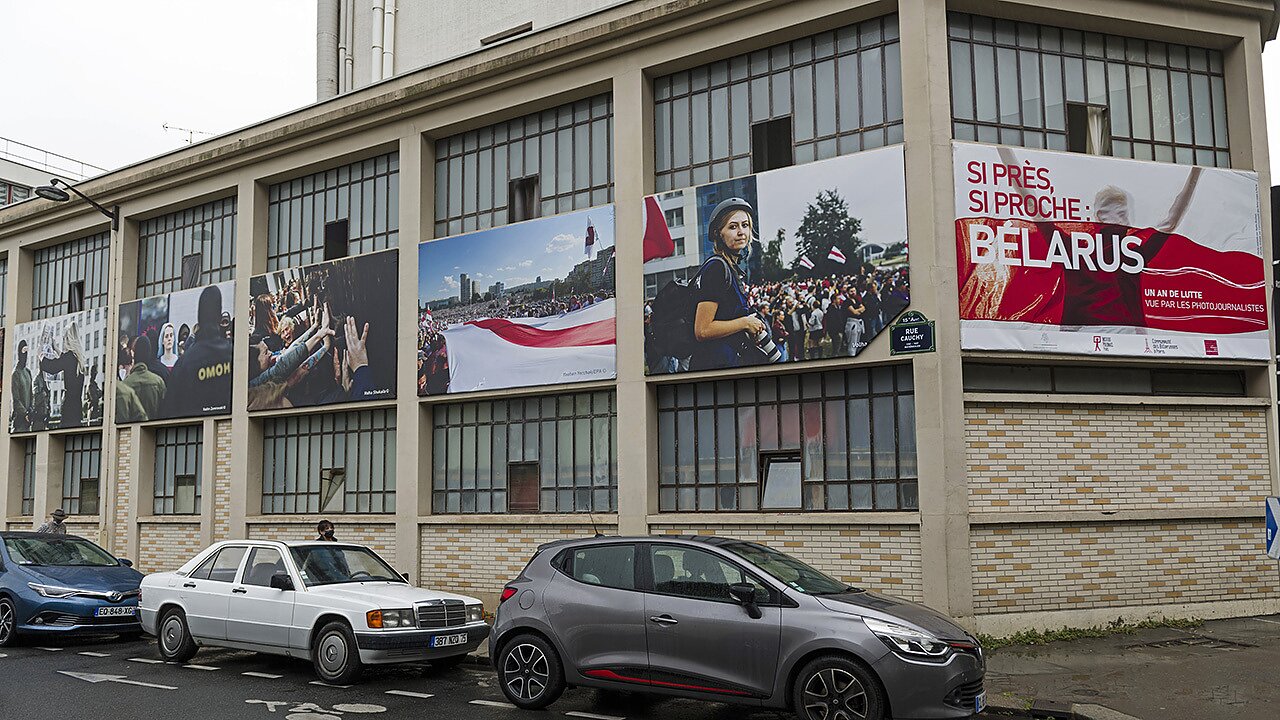 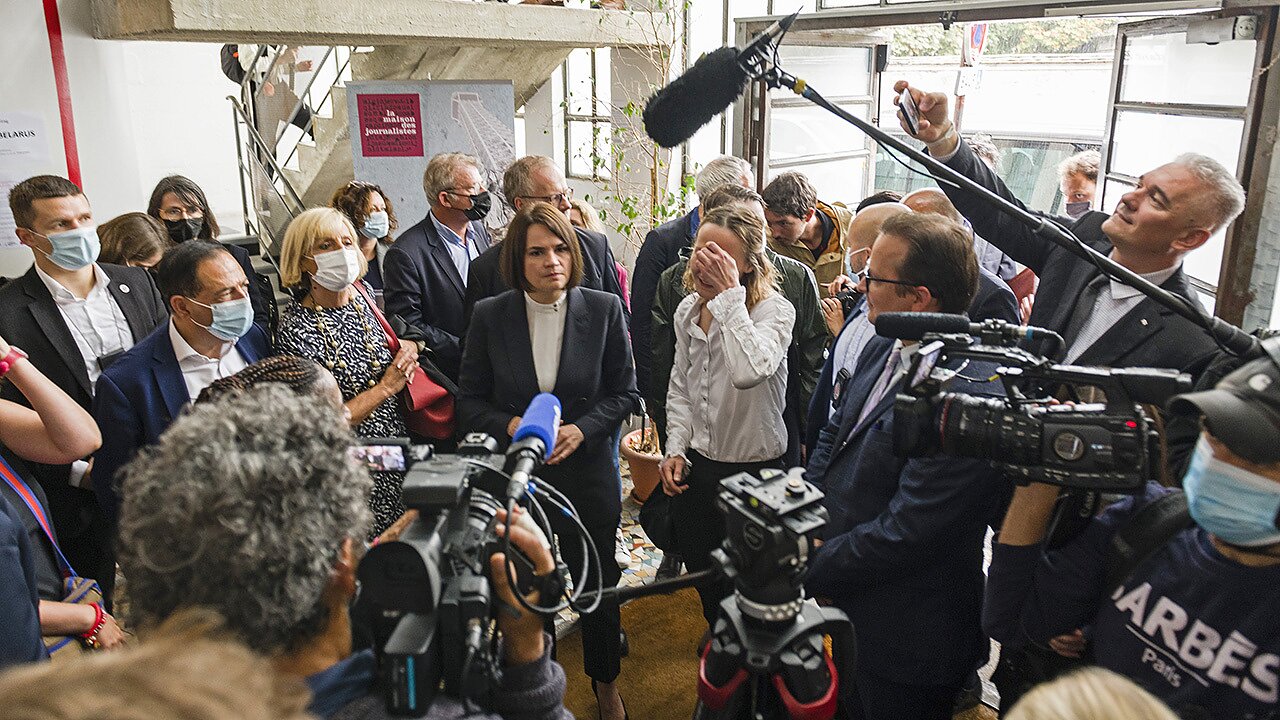 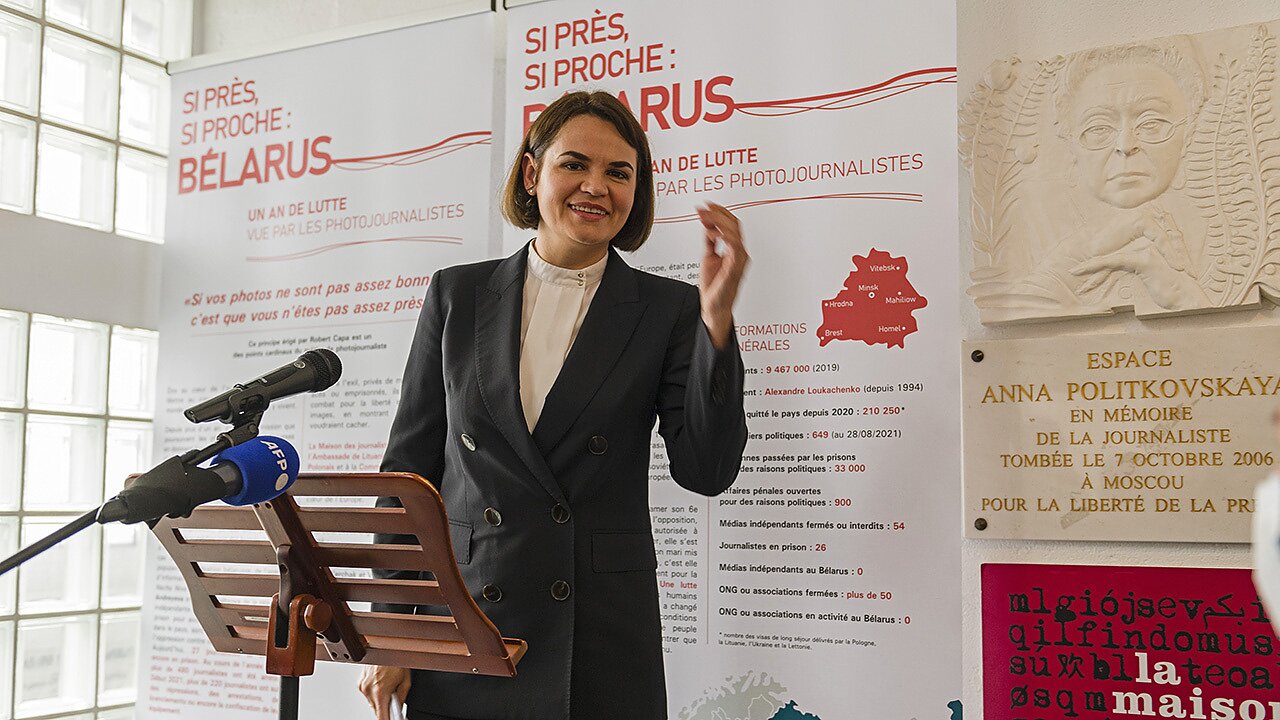 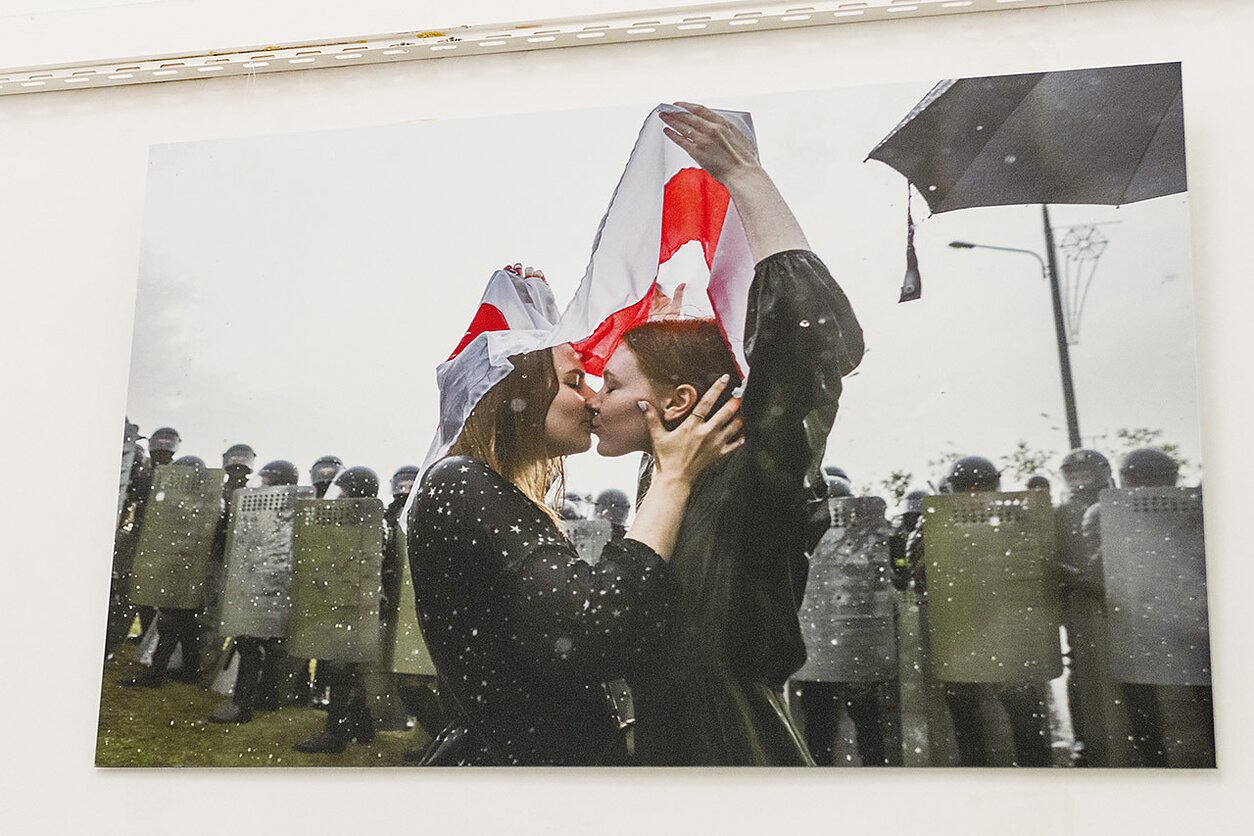 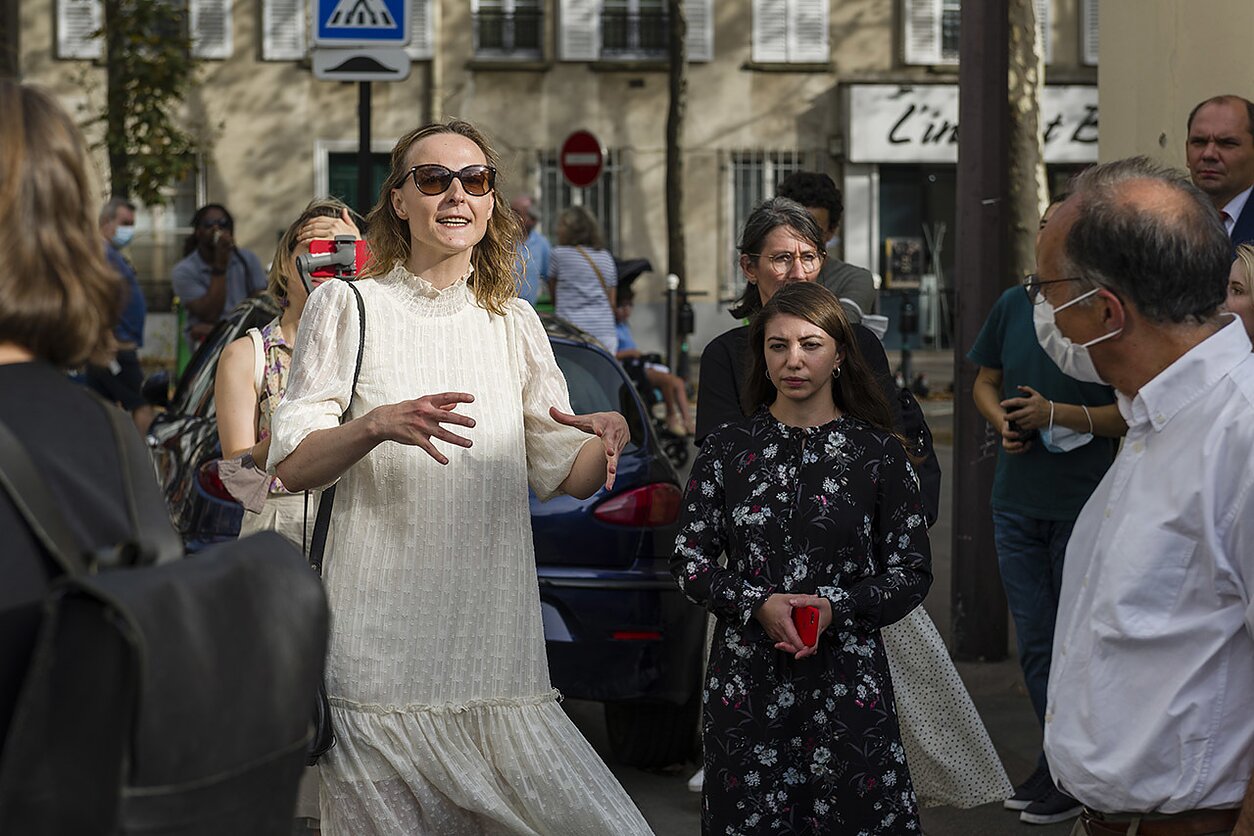 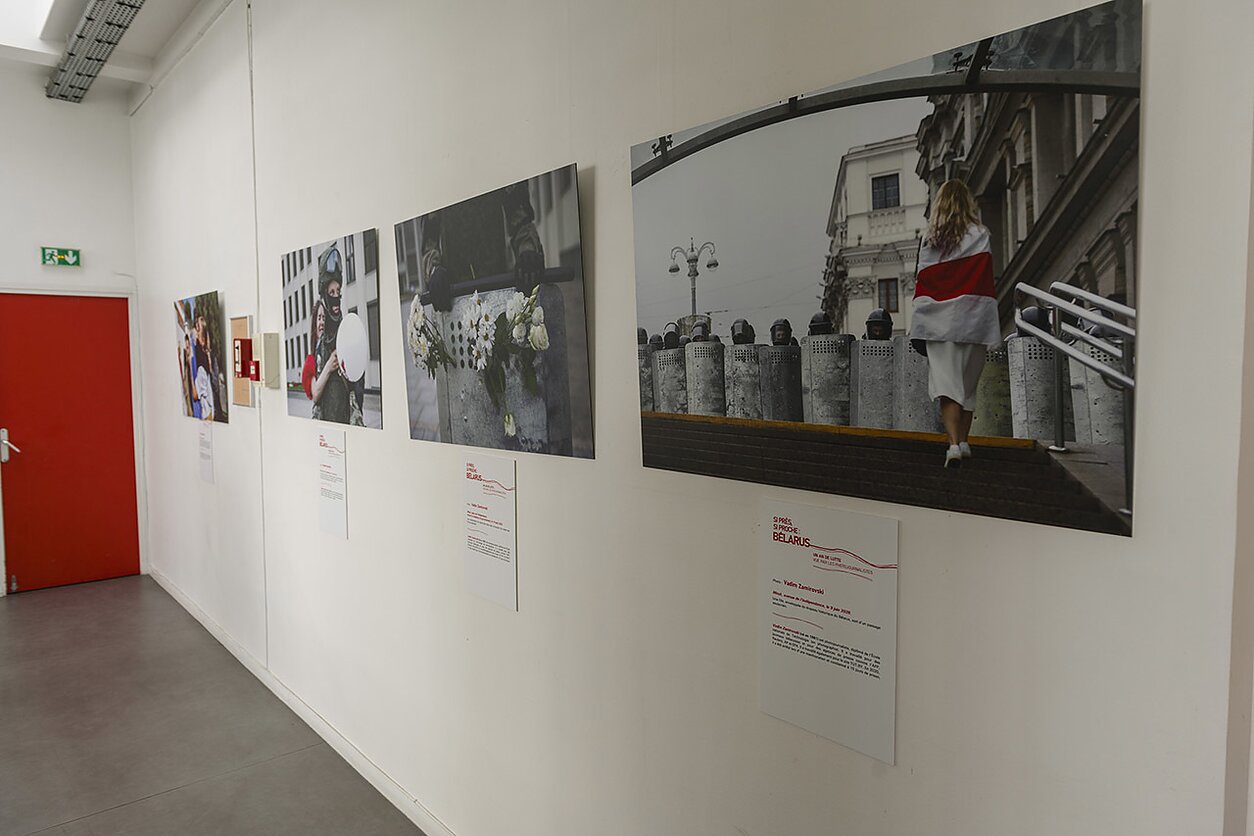 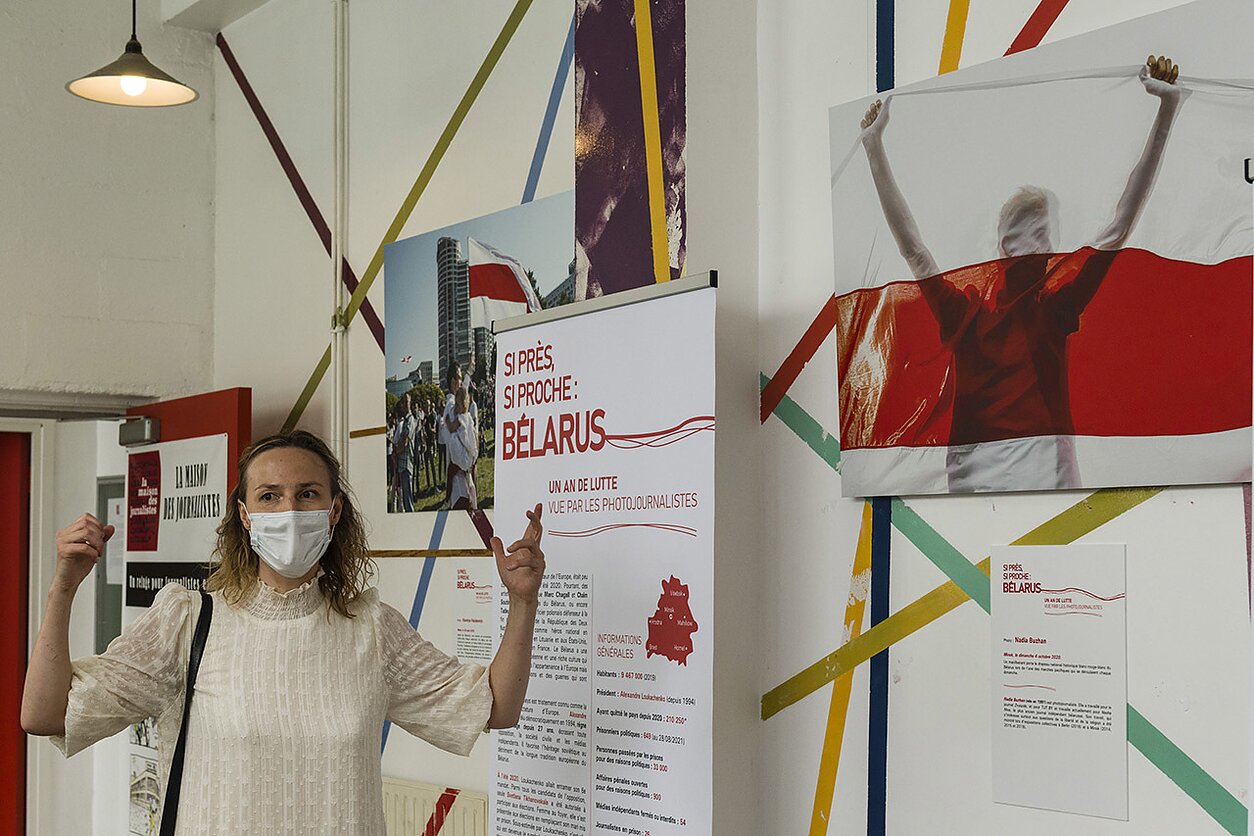 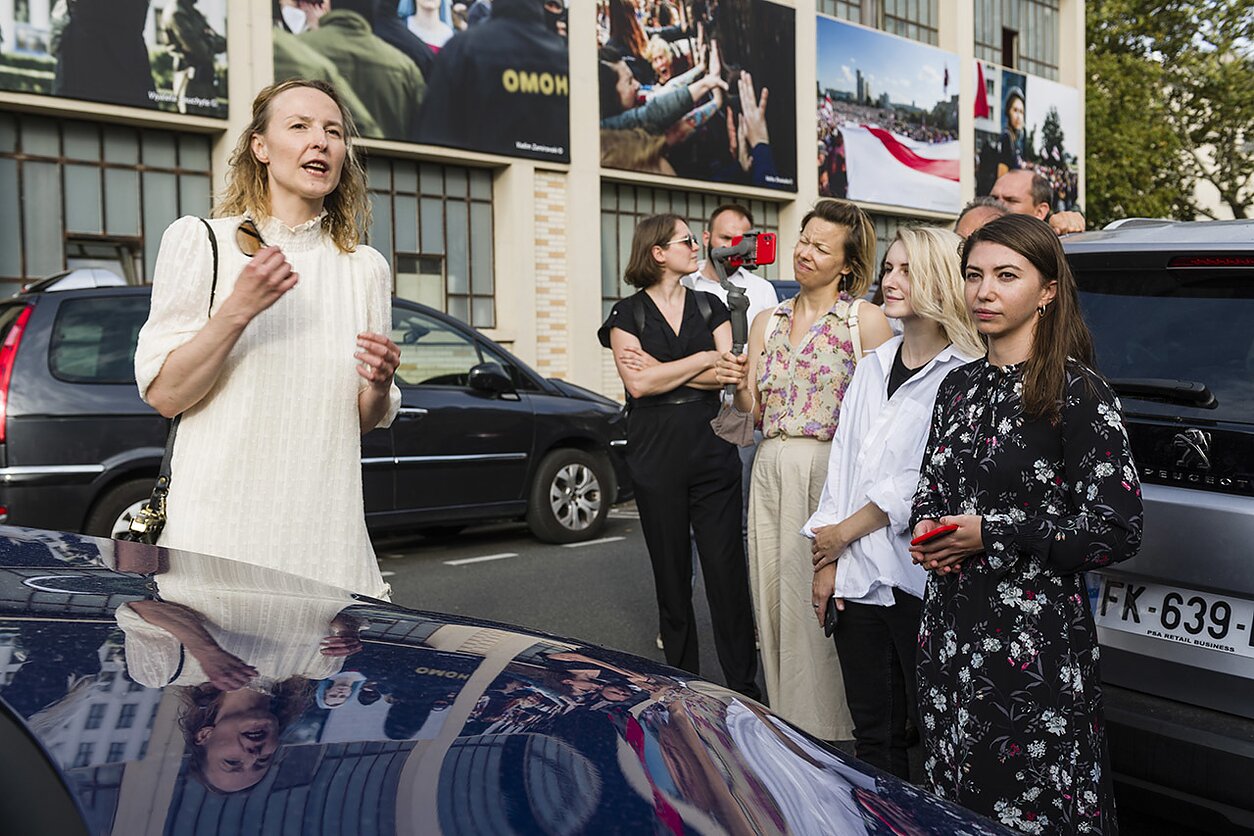 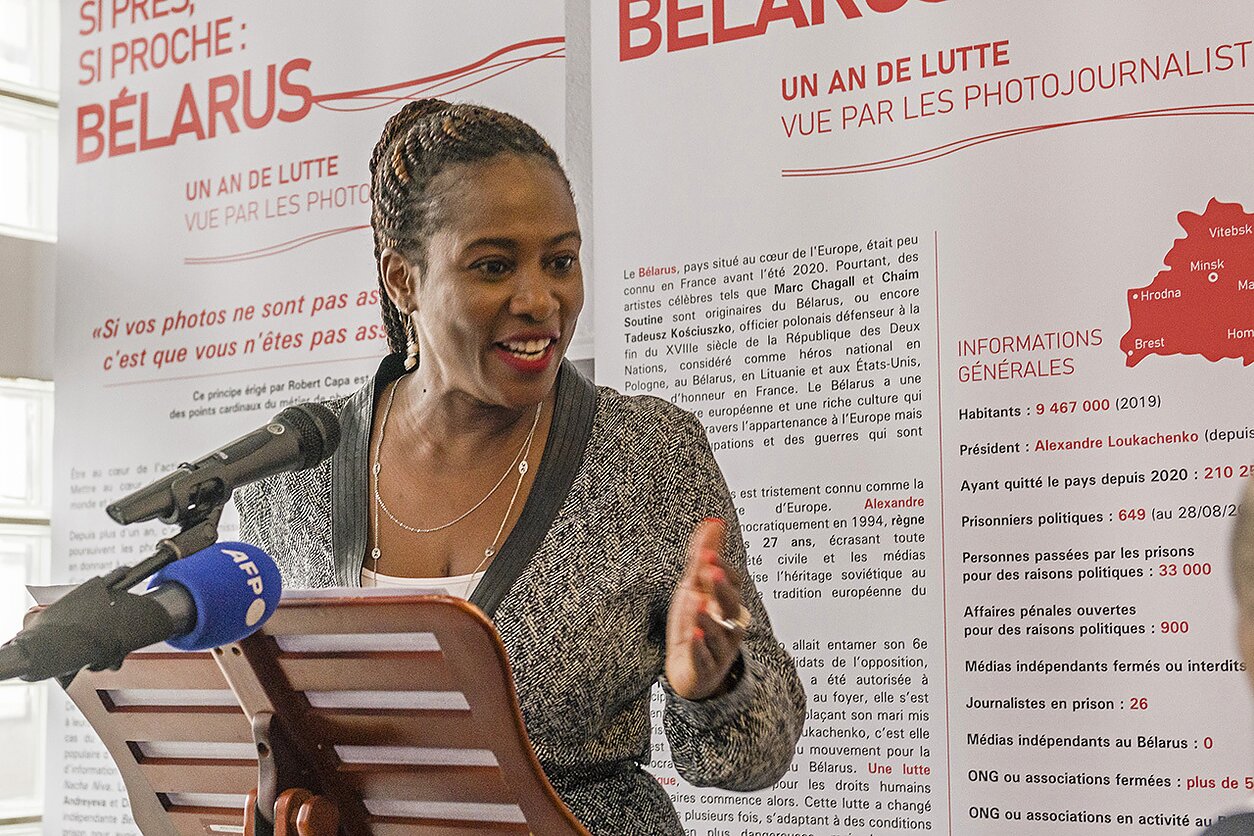 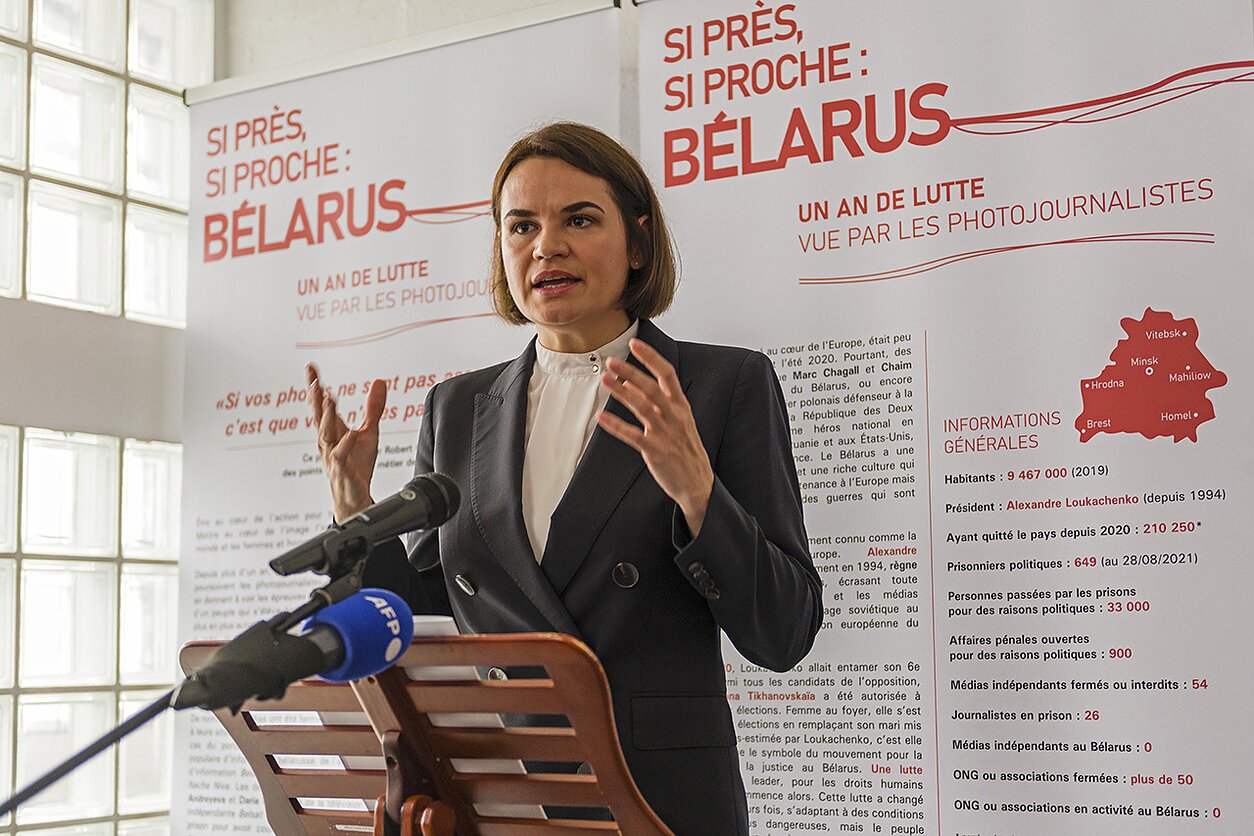 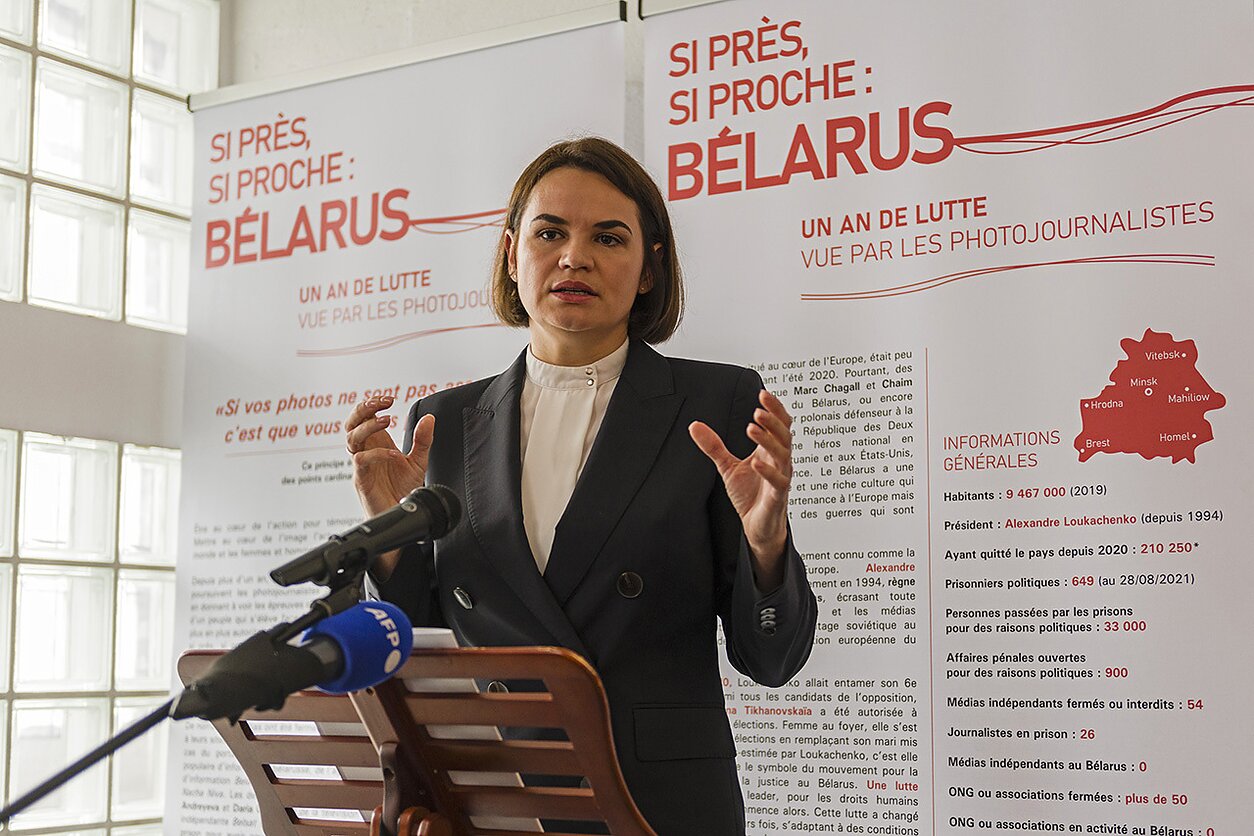 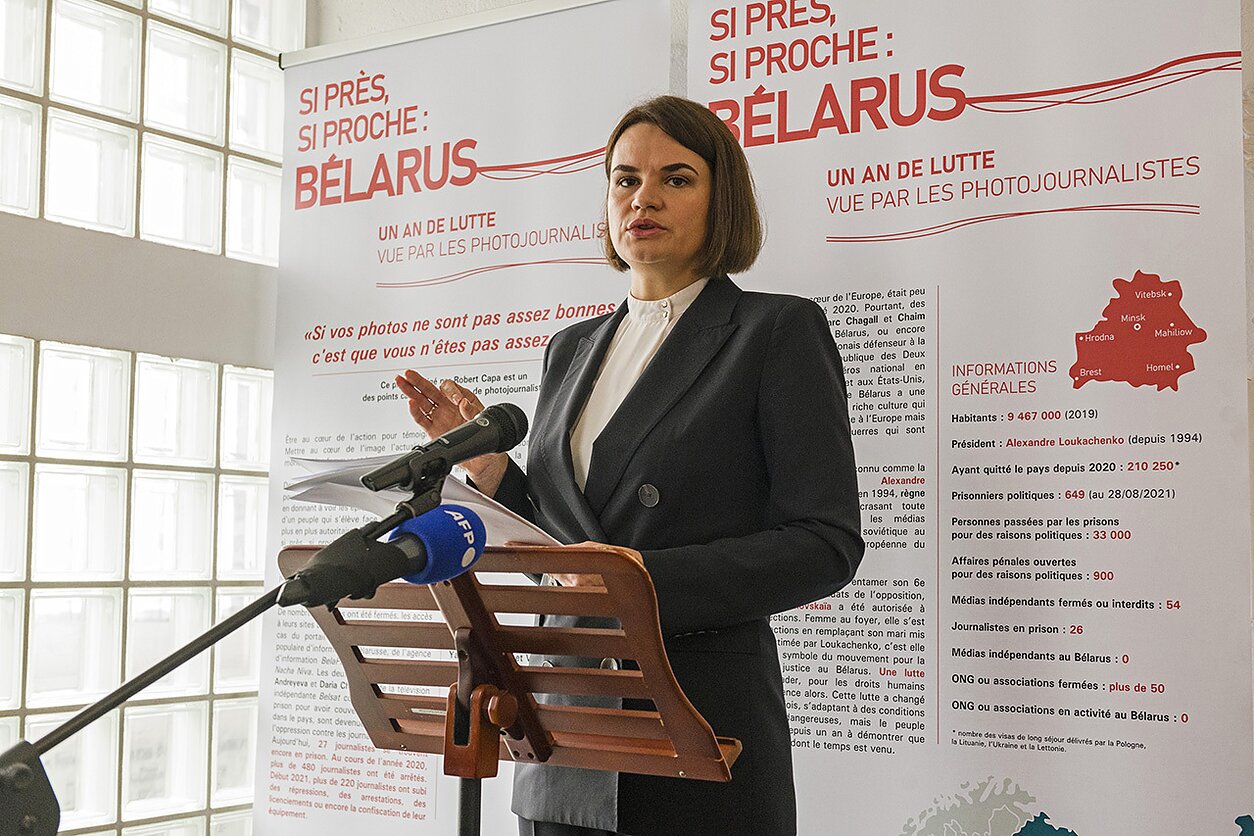