Lithuania's president on 9/11: ‘Security grabbed us and said, leave the room immediately’ 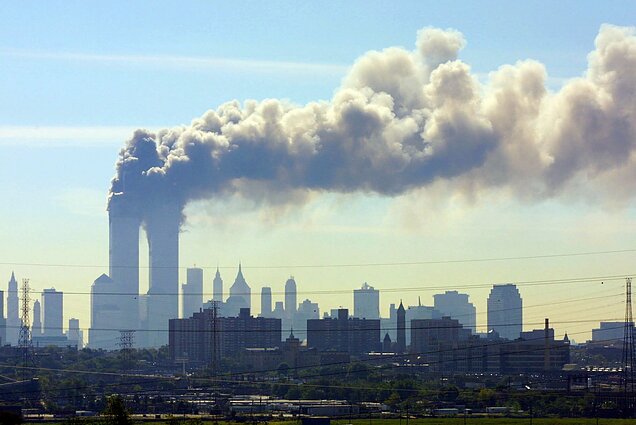 On September 11, 2001, Lithuania's then President Valdas Adamkus was one of few foreign leaders who were in the US. He was immediately evacuated on a US Air Force plane and saw the fresh rubble of the World Trade Center.

“When we flew over New York, we were among the first ones to see the ruins that were still smoldering, there was fire. These images are still in my mind,” Adamkus says in an interview with LRT RADIO.

Twenty years ago, you were on a visit to the United States. Where were you exactly on that fateful day and how did you learn about the 9/11 attacks?

In 2001, a Lithuanian delegation was invited to meet President [George W] Bush. We arrived on September 10 and were accommodated in a Washington hotel, on the 12th floor. We were preparing for the meeting in the White House the following day.

In the morning, at 9:00, we had a breakfast meeting with Jewish organisations, discussed relations between Lithuania and Israel. It was a sincere and pleasant meeting.

As we were wrapping up the breakfast, US security officers came to us and whispered in my ear: “Mr President, please follow us right now.” We left and they said we were going up to our suite, because something incomprehensible was happening. 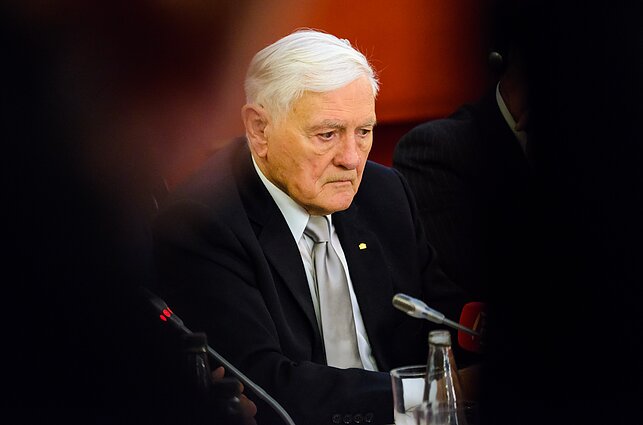 We went up, Alma [Adamkienė, the president's wife] was sitting in a chair and watching television. She jumped up and said: “I don't understand what is happening.” Apparently, just 15 minutes earlier, the first plane had crashed into the first World Trade Center building. There was smoke and fire.

As we were watching this, we saw the second plane hit the second tower. It seemed incomprehensible, tragic. To this day, I can see the two giant towers collapse, burying thousands of people.

The American security men grabbed us and said: leave the room immediately, we're going down to the hotel's basement, since we have information about a third plane. We were watching TV in the basement and got informed – although this was not shown – that a third plane was approaching Washington. 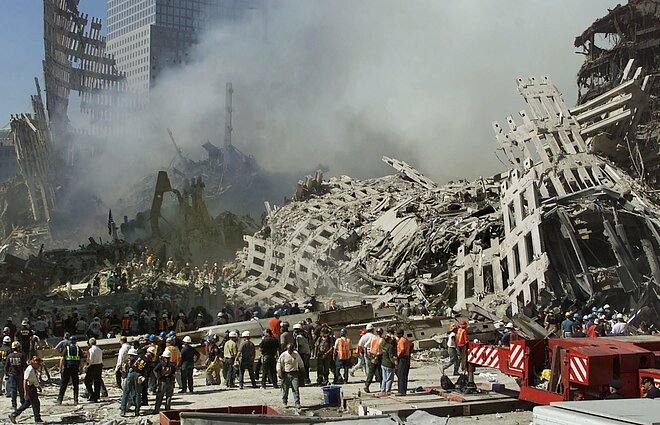 We were speechless. I was most surprised by that all offices in Washington let people leave, but there was no panic. People were walking in all directions calmly, there was no running, no pushing. It was the very beginning.

Did you feel secure? How were you protected as the president of Lithuania?

Our hotel was huge. We immediately descended from the 12th floor, where we were staying, to the basement which was three floors underground. There was probably no threat from the air. We had television there could watch what was happening with the security officers.

When the threat, if you will, had passed, the American officers told us: we must immediately leave the hotel and go to a safer location. They took us to the Lithuanian Embassy, which was further away from the White House, the Pentagon and other institutions. They thought we'd be safer there for the time being.

Coincidentally, the Polish Embassy was just next door and it had been preparing a dinner for my visit. Clearly, these plans fell apart, nothing happened. 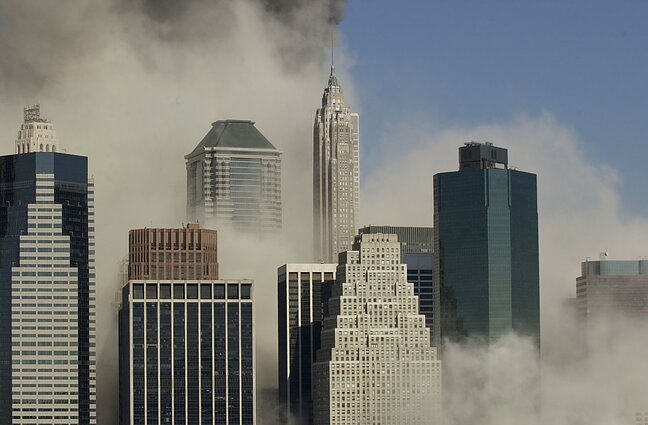 Some hours later, however, in the evening, my security detail decided that I needed to be transported out of Washington immediately. I was brought to Andrews Air Force Base, where they prepared one of the smaller presidential aircraft, boarded our delegation. The Latvian foreign minister was in Washington then as well, he asked to be on the plane. Obviously, we took him.

We were probably the first aircraft in the US airspace after the event. We flew over New York City, we saw smoke still emanating from the collapsed towers. We were flown to Iceland, with an escort of US fighter jets. We got off in Iceland, thanked for the lift, and waited for a plane from Lithuania to come pick us up.

The whole experience was unreal, like something in a film. When we flew over New York, we were among the first ones to see the ruins that were still smoldering, there was fire. These images are still in my mind.

This was the first terrorist attack on America, [the experience] must be still alive to this day, it is talked about, shown, and it is one of the biggest tragedies that I myself have been a witness to. 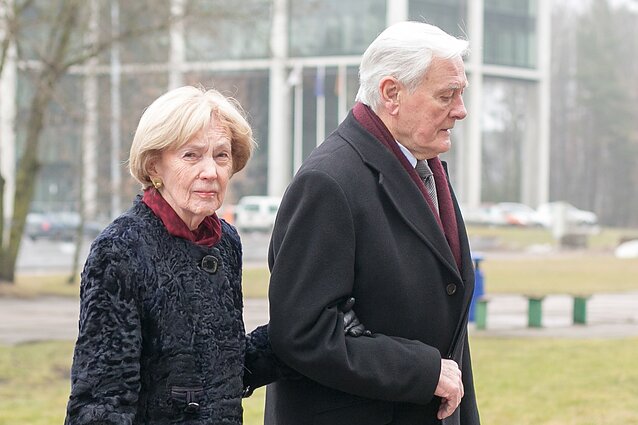 Do you remember what you were talking about with people around you, what they were saying?

First, we were wondering what had happened, who was behind it. No one knew anything, even all US television networks during the initial hours were clueless about who carried out the terrorist attack. And, of course, there was a lot of anxiety, we saw that there were over a thousand people in the two towers. All these lives were ended at this one moment. People in New York [later told us] how they saw everyone running in panic, it was mayhem.

To be frank, my first thought was about whether any Lithuanians were among the victims. I do not have a clear answer to this day.

Two decades have passed since 9/11, many things have happened: war on terror, the Afghanistan war. What do you think was the effect of 9/11 on the world and on Lithuania?

For Lithuania, this was, of course, an example of what terror can do. For the world, a warning about the threats that were there. If it happened then, it could happen tomorrow, it could happen in 10 years. This was a warning that we must put all effort to contain terrorist acts or make sure we avoid them.

In my estimation, it was the first warning sign for the world of what terror can do, something that today exists in other forms and in other countries. We're obligated to be vigilant, to change our entire way of life, since these and similar conflicts continue to this day. We see Afghanistan, Iraq, Iran, and other places, even Lithuania has been directly touched in the form of refugees. It's a sign that we must do something, the world has to change.

How come the human kind lost its humanity, its instinct for self-preservation, gave up valuing human beings and human lives? We need to build conditions where the world could live peacefully, build a future for generations to come. 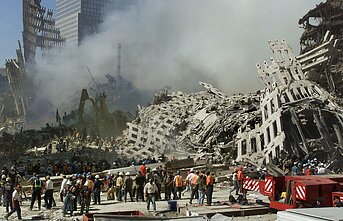 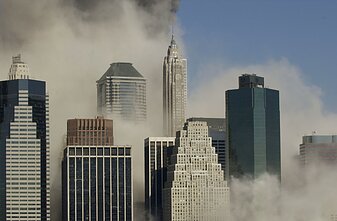 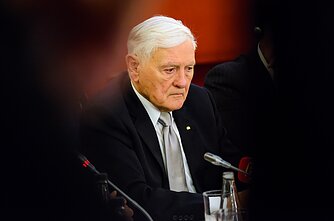 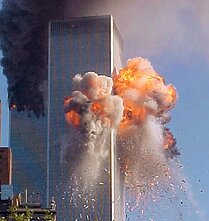 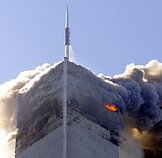 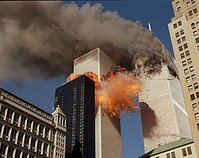