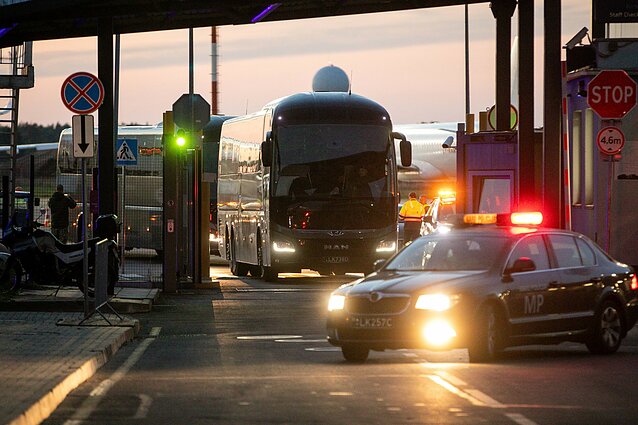 Vilnius Airport prepares for the landing of a plane with Afghan interpreters who helped Lithuanian troops / E. Blaževič/LRT

This week, Lithuania finally started lifting Afghan interpreters who had worked with its troops from Kabul. The first Polish Airlines plane with 50 people landed in Vilnius in the early hours of Wednesday, followed by several more flights on the same and following days. The operation was code-named Kabul 11 – in reference to the 10 Lithuanian soldiers and one diplomat sent to the Afghan capital.

The families have been temporarily housed in the western Lithuanian town of Raseiniai and the interior minister has assured that their asylum applications will be approved.

Before the flights, one Afghan interpreter shared his experience of waiting for the flight to safety with LRT.lt

Meanwhile, more than 4,000 people who have crossed into Lithuania from Belarus over the last couple of months are housed in substandard conditions, according to a testimony by a volunteer who tried to distribute a paltry amount of warm clothing to over 800 men, many of them barefoot and wearing little more than t-shirts. Their deprivation is so severe that it could easily lead to unrest and fatalities, especially as autumn approaches, the volunteer said.

While Lithuania’s interior minister commented that asylum seekers should not expect “five-star hotel” treatment, a Council of Europe commissioner has decried the country’s policy of “de facto detention” of migrants.

After Lithuanian officers started pushing back migrants from the border, some of them headed for Poland and Latvia, where they are not treated any better. A group of migrants were stuck at the border of the two EU countries for two weeks, not allowed to enter and make asylum claims, before the European Court of Human Rights ruled that Riga and Warsaw should at least provide basic aid.

CHINA AND THE BALTICS

The Baltic states were planning a special exhibition this week on the 32nd anniversary of their Baltic Way, linking it to the struggle in Hong Kong under Chinese rule. This did not please Beijing, which allegedly strong-armed a museum in Riga into pulling the show.

Lithuania remains the focus of Beijing’s disfavour in the Baltics – but does China have the leverage to punish the country? Here’s our look at it.

We are still reeling from the rally-turned-riot against the government’s vaccination efforts earlier this month, but the police are working to prevent a repeat. The same organisers are planning a follow-up event on September 10, the first day of the parliament’s autumn session.

The law prohibits mass assembly within 75 metres of the parliament building – and this time, the police are intent on enforcing the rule. Meanwhile, the organisers insist on their right to protest in front of their elected deputies.

Some governing politicians have dismissed the anti-vaccination protesters as actors against the state, yet commentators warn this could be counter-productive and lead to even more radicalisation. Here is their attempt to grapple with what is happening.

Thirty years ago this week, Lithuania took a decisive symbolic step and deposed the Lenin statue that had been overseeing a central square in Vilnius for almost four decades. Take a look at historic photographs that captured the moment.

Another Soviet-era statue, meanwhile, continues to polarise opinions. A monument for Petras Cvirka, a talented interwar writer who later collaborated with the Soviets, has been delisted as protected heritage, opening the way for the authorities to remove it.

With restrictions for people without Covid-19 immunity coming into force in a couple of weeks, some people are queuing to get vaccinated, while others are scouting the internet for forged immunity certificates. It’s not that easy, assure officials, and the police say they are looking out for any monkey business online.

– Romualdas Požerskis was one of the photographers who captured the historic scenes on August 23, 1989, when over a million people linked arms across the Baltic states to demand independence from the Soviet Union. Today, he hopes the images also inspire the freedom movement in Belarus.

– The Catholic Church, in Lithuania as elsewhere, was largely passive during the Holocaust, with priests hesitating to openly condemn Jewish massacres. What was the reason?

– Card games came to Lithuania from Germany via Poland and from the very beginning were loved by kings and condemned by moralists. The Polish-Lithuanian decks had all-male face cards and were slow to admit the queen.

– A year on from the falsified presidential election, two Belaruses now occupy the international arena. Neither the West nor Russia will be able to change this reality, but each will have to learn to live with both. Pavel Slunkin writes for the European Council on Foreign Relations. 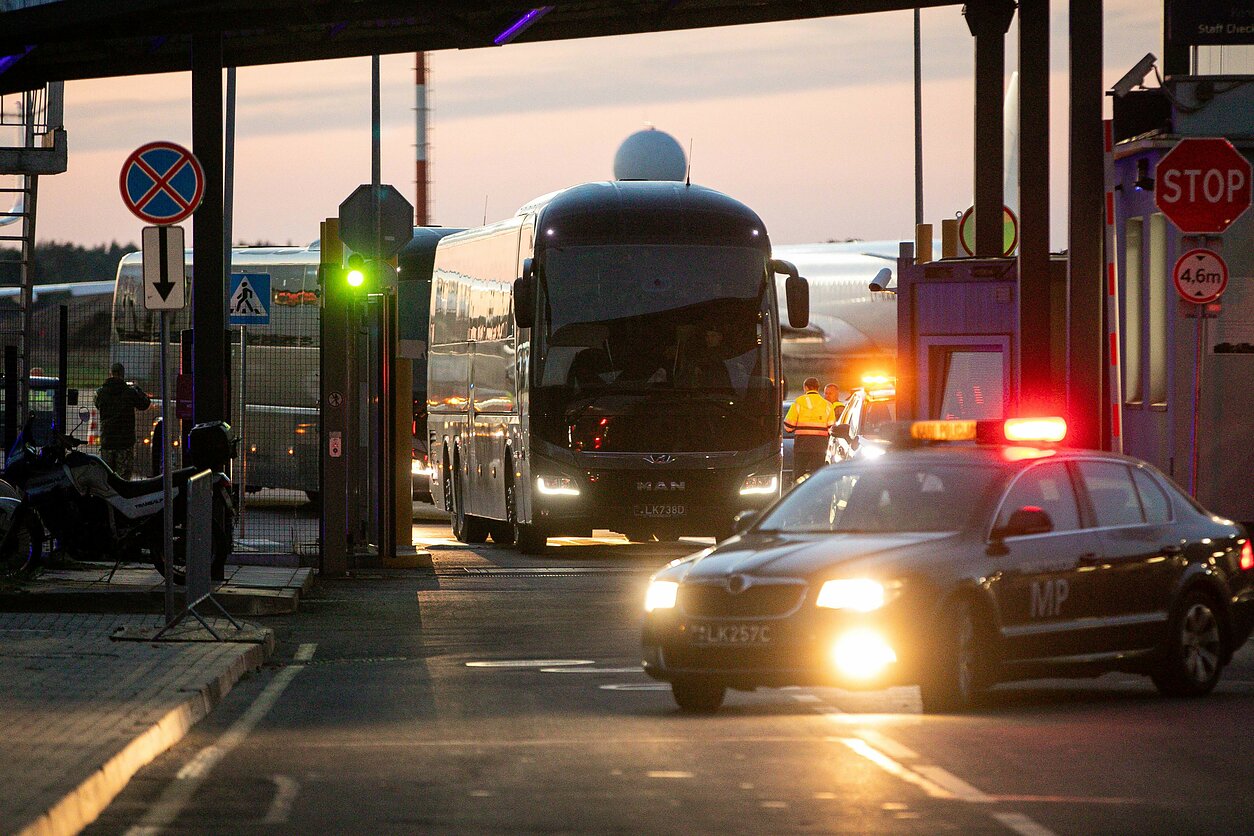 Vilnius Airport prepares for the landing of a plane with Afghan interpreters who helped Lithuanian troops
1 / 1E. Blaževič/LRT