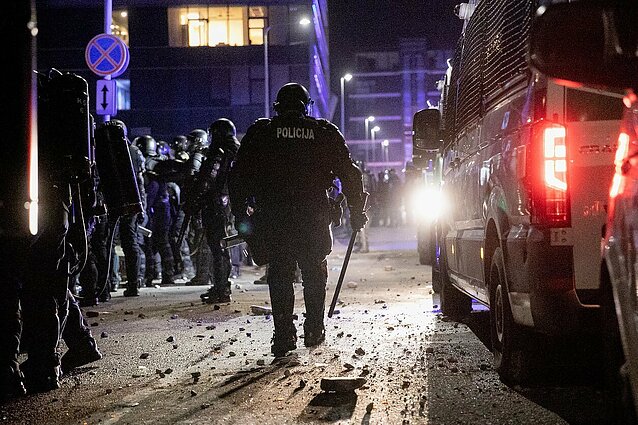 A total of three pre-trial investigations were launched after riots outside the Lithuanian parliament earlier this month, Police Commissioner General Renatas Požėla says.

“Speaking of what happened on August 10, I would like to specify that in fact a total of three, not one, pre-trial investigations have been launched,” he told journalists on Thursday.

“Of course, the key investigation is the riot investigation, and then followed another investigation into unlawful collection of information about officers, and a further pre-trial investigation was launched on the same day into the possessions of narcotic substances,” Požėla added.

Suspicions have been brought against “around 30 people”, the police chief said.

On Thursday, chiefs of the Police Department and the Public Security Service presented their analysis of the August 10 riot to Interior Minister Agnė Bilotaitė. The officers also gave their conclusions and tactical solutions on how to maintain public order and security during mass events in the future. 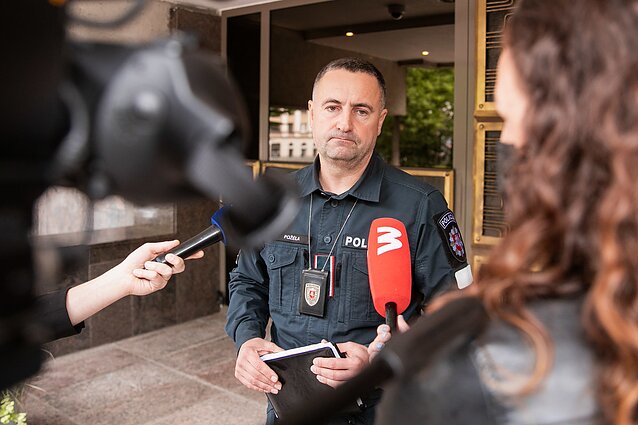 The interior minister told reporters that, according to the report, the police and Public Security Service officers avoided “critical mistakes” and responded adequately to the situation and the information available at the time.

The police chief said the officers used the so-called “Scandinavian model” of deescalating the situation and avoiding the use of force. This model will be employed in the future as well.

No more rallies close to parliament

The August 10 rally, which later turned into a riot, was organised by groups opposing the government's measures to vaccinate the population against the coronavirus.

Another rally is planned for September 10.

This time, Požėla said, police will do more to keep protesters at least 75 metres from the parliament building, as required by law. 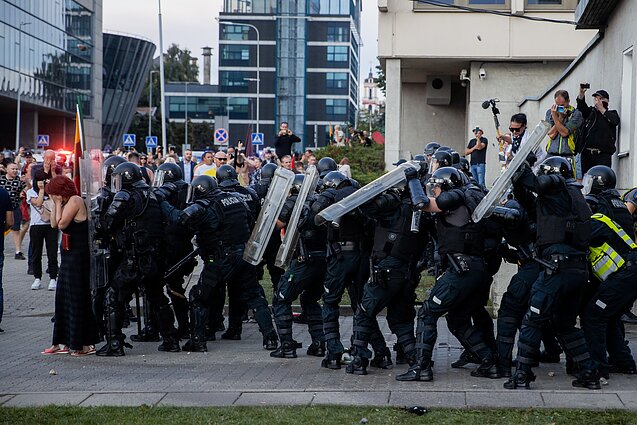 “Police will take measures for this perimeter to be marked with technical measures. We plan to do that and are already making preparations. It will be clear how far people can go and where the limit protected by law is,” the police chief told reporters on Thursday.

“We see the same situation near other state institutions where there's a strict requirement to keep a 75-meter distance,” he added.

There are also plans to install a fence around the parliament ahead of protests, according to Požėla.

The Interior Ministry said that mass gatherings during “extreme situation periods” will be viewed as high-risk events and police will be involved in issuing permits for them. 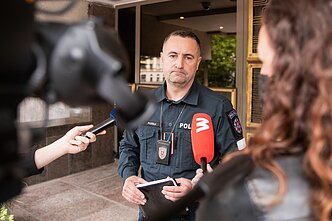 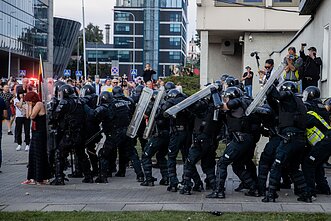