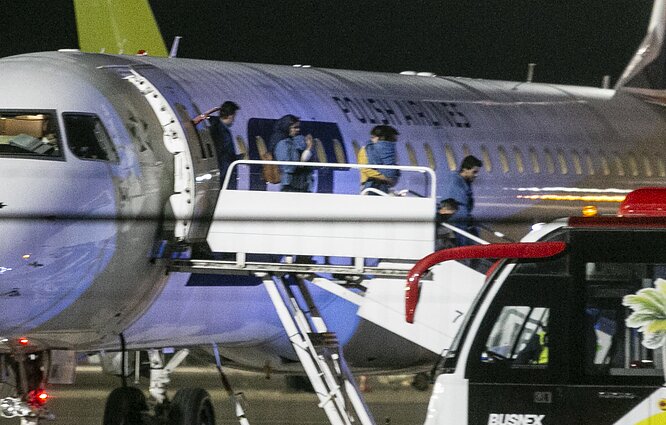 Around 50 more Afghans who worked with Lithuanian troops in Afghanistan, as well as their family members, have been flown to Lithuania from Afghanistan overnight.

A similar number of Afghans is to arrive in Vilnius at around noon. Under the plan, ten Lithuanian troops and one Foreign Ministry official, who helped to evacuate the Afghan families, will leave Afghanistan on Thursday.

Around 150 Afghan nationals have been moved to Lithuania so far. They have been housed in Lithuania's western Raseiniai District.

Around 5,000 Lithuanian troops were involved in US-led and NATO missions in Afghanistan for almost 20 years between 2002 and 2021.

A total of 115 translators had contracts with the Lithuanian Armed Forces in Afghanistan.

Six Afghan nationals – a man who worked as a driver at the European Union Representation in Kabul and his family members – were relocated to Lithuania last week.

According to reports, around 100 translators who had helped Lithuanian troops in Afghanistan, as well as their families, were awaiting evacuation to Lithuania, fearing repressions from the Taliban.