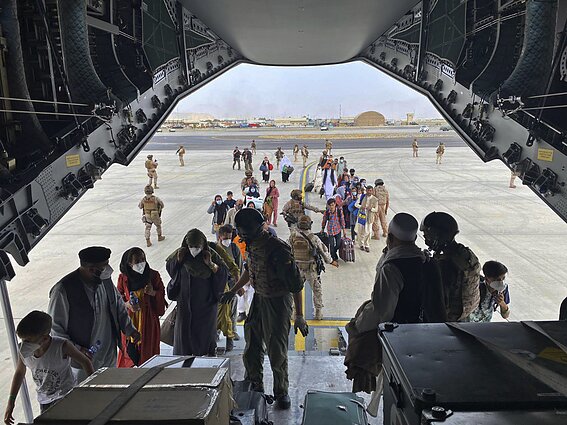 People being evacuated from Kabul. / AP

The rapid advance of the Taliban caught the world by surprise – Lithuanian leaders were no exception. In just several days, the US assessment of Kabul holding out for 30 or more days proved hollow, as province after province folded and Kabul finally fell on Sunday.

Now, the main question remains – how to get the Afghans that aided Lithuanain troops out of the country. Lithuania has already managed to evacuate two of its nationals, but several dozen translators and their families, some 100 people in total, remain underground. “Delays will endanger lives,” one of them told LRT English. At present, the Lithuanian Defence Ministry is scrambling to provide a way out, as US and other troops hold Kabul airport.

With the fall of Kabul sealing the ill-fated conflict, what was the cost of the Afghanistan mission to Lithuania? The country lost one soldier and gained a fast-track route to NATO, but the wounds remain open.

Lithuania has started phasing in new Covid restrictions in the form of the mandatory immunity certificates. In mid-September it will become practically impossible to do much without the pass. Already now, the rules, such as facemask wearing, have been affected by the gradual introduction of the certificate.

But what does the country think about mandatory vaccination? So far, Lithuanians seem to be almost evenly split.

An incident earlier this week marked escalating tensions with Belarus, as the neighbouring country’s officers entered Lithuanian territory while pushing a group of migrants over the border. Such incidents are ever more risky in light of the upcoming Russian–Belarusian military drills, Zapad 2021, Baltic officials have previously warned.

Germany’s Merkel has joined tough rhetoric against Minsk, the EU says more sanctions may follow, while a string of border incidents continues to unravel. So is Lithuania under attack? Riots and a recent hacking of classified documents from the Lithuanian Foreign Ministry do seem to fit the “hybrid aggression” playbook that Vilnius officials are talking about.

Amid the geopolitical tussles, meanwhile, migrants remain stuck. Our partners, Deutsche Welle, have spoken to a number of them to see who they are – read on. With over 4,000 of them in the country, Lithuania has found itself short on translators. Trying to persuade them to go back voluntarily, the Migration Department has also launched mobile teams that are operating inside the camps.

At present, Lithuania expects to process all the asylum claims within three months. So far, none have been satisfied.

Meanwhile, remember the protests outside the parliament? Simultaneously, another one took place at the migrant camp in Rūdninkai. Three Iraqis have been detained on the suspicion of inciting the unrest.

With Beijing announcing it would be recalling its ambassador – and urging Lithuania to do the same – the spat may set a shaky new era of Europe–China ties, according to a great analysis by Reid Standish at Radio Free Europe, partners of LRT English. Worth a read.

Sixteen people have died in Lithuania’s second largest city of Kaunas after consuming fake alcohol. The police have already detained one person (she has a previous conviction for selling illicit alcohol), while the scope of the investigation is rapidly expanding.

– Trumpism in Lithuania? One MP thinks so and is pointing at the president.

– Lithuanian PM and president have also seen their approval ratings drop sharply in light of the events shaking the country.

– Workers’ representatives are calling for the minimum wage to be raised to 750 euros (before tax).

– Alexander Lukashenko has invoked colonialism and Nazi crimes to rally support against Lithuania and the West. His efforts may find an audience internally, as well as in the Middle East, writes Andrius Balčiūnas for LRT.lt.

– LRT Investigation Team has found that Lithuanians are getting involved in the lucrative migrant smuggling schemes. Read here.

– Lithuanian military has received some fancy new tech from the United States.

– And in another interesting and bizarre take on world politics: what can Libya learn from the Baltic states? 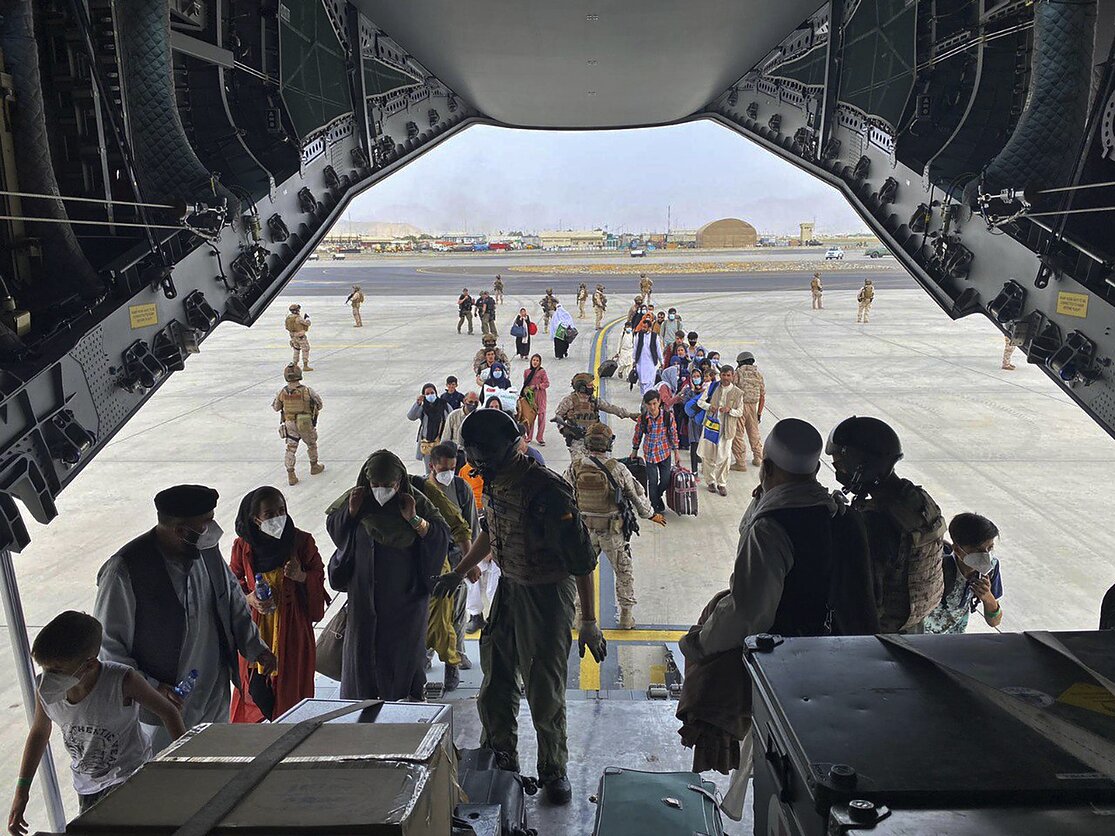 People being evacuated from Kabul.
1 / 1AP