EU may step up sanctions on Belarus – EP president in Vilnius 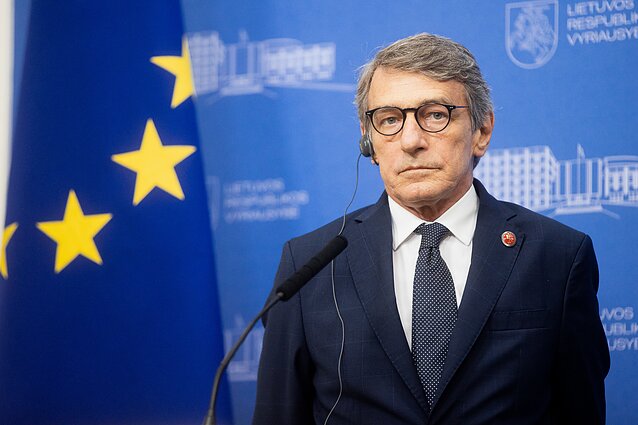 The European Union's existing sanctions on Belarus are effective, but can be ramped up even further, European Parliament President David Sassoli says.

“We don’t want to go back in terms of sanctions. We believe that it's an effective way. We spoke with the prime minister [Ingrida Šimonytė] and said that they might be stepped up,” Sassoli told reporters in Vilnius after a meeting with the Lithuanian prime minister.

“Every time we touch the wallet, there's a reaction, therefore, we see it might be a positive thing,” he added.

According to Sassoli, the EU wants Belarus to release political prisoners and refrain from “aggressive” acts like diverting a Ryanair flight to Minsk last May in order to arrest the opposition blogger Roman Protasevich. “[He] is being kept under house arrest, but he was humiliated in the eyes of his community [...]. It's humiliation and we want it to be compensated,” the EP president said. 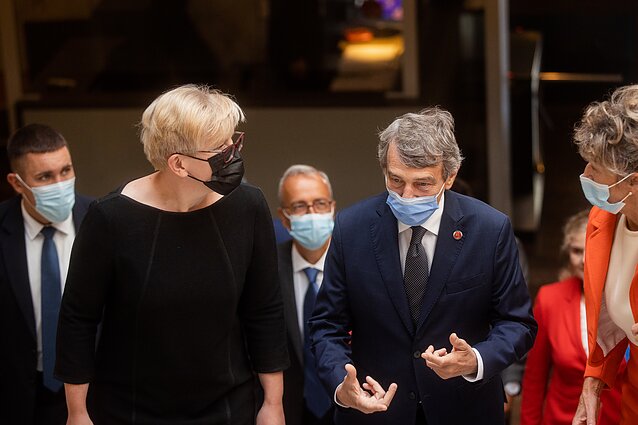 Sassoli also said he was baffled by Russia's decision in April to sanction him and several other European officials who have been banned from entering the country. He views it as a response to the EU's “principled” position and putting sanctions on Russia.

In late June, the European Union imposed sectoral sanctions on Belarus, including on its trade in potassium fertilisers. Earlier sanctions applied to Belarusian officials involved in repressions against peaceful demonstrators.

In early August, Lithuanian Foreign Minister Gabrielius Landsbergis called on the EU to impose new sanctions on Belarus and not to recognise decisions by the authoritarian government of Alexander Lukashenko.

Support on the border

EP President Sassoli has vowed to provide support to Lithuania to beef up the protection of its border with Belarus.

“The border between Lithuania and Belarus is a European border. So the Lukashenko regime is in fact using poor people, men and women. I have seen outrageous action when officers push people over the border. It’s a matter of humanity, but also a matter of protection of the European Union's border,” he told reporters in Vilnius. 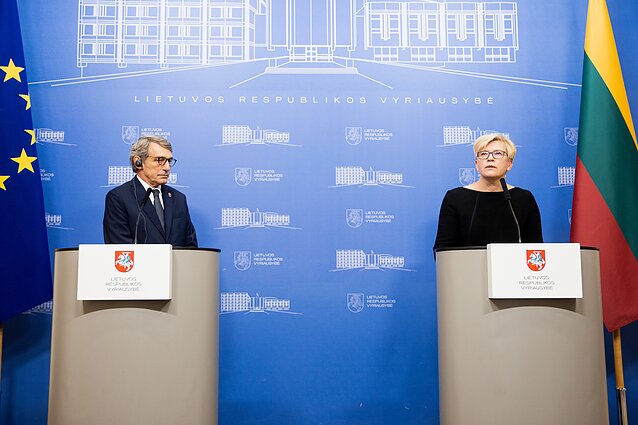 “We've seen the use of men and women [being pushed] towards Lithuania is an activity organised by the Lukashenko regime. As I said, we need to have measures and resources to be able to protect the European space, so both the European Parliament and other institutions will take that action,” the EP president said. 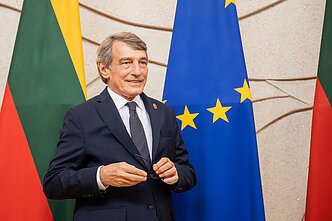 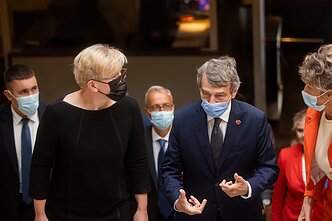 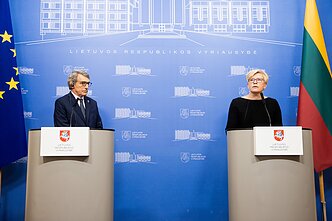