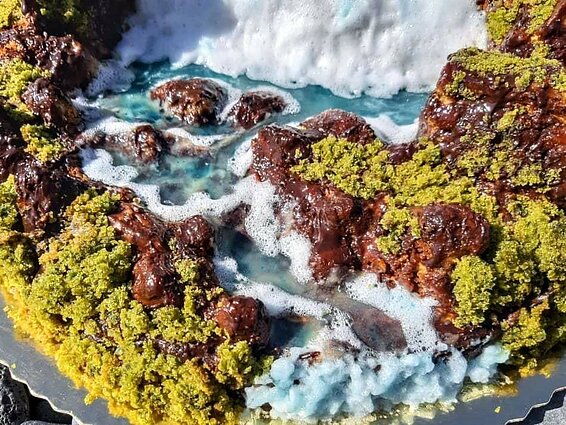 After spending five years in Iceland, Loreta Čiunkaitė-Liutkuvienė has channeled her love for the local nature by turning its waterfalls and volcanoes into cakes.

“At first I had to recall the Napoleon cake that I had baked a few times before. I got addicted afterwards,” says Loreta. “I would catch myself [thinking] how to make something healthier and more interesting. One idea came after another.”

The idea to portray natural objects of Iceland on cakes came to Loreta while she was travelling the country.

“I baked a Moss cake for my friend’s birthday, and I was myself amazed by how realistic the moss looked. That is when an idea struck that foodstuffs, while not exactly a long-lasting creative material, can be used as a tool to capture the moment,” says Loreta. “So I tried to place the most memorable natural sights on a cake.”

Loreta’s volcano cake was inspired by the Fagradalsfjall volcano, which was then just about to erupt.

“Iceland [...] was shaking throughout the winter, without a pause, and people kept whispering that soon, soon it will happen. I ran out of patience and helped the volcano erupt on a cake.”

Sometimes Loreta gets asked by friends to bake cakes based on their photos or videos.

“Various solutions then run through your head, you try, and if you fail, you try something else until you make it.” 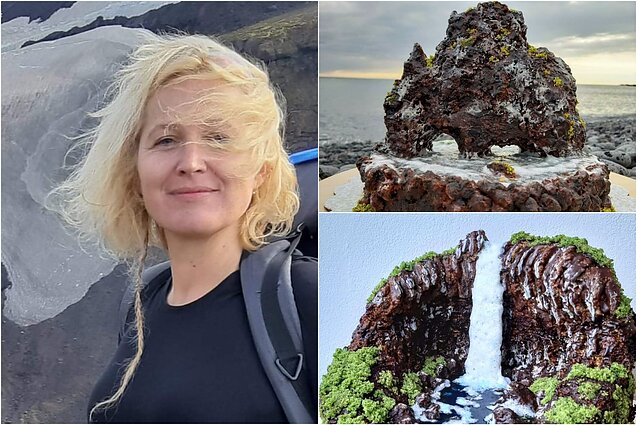 Loreta’s cakes have attracted quite a following on social media, with hundreds and thousands of people supporting her work and even asking for tutorials.

“My doctor who is Icelandic and has seen my cakes reminds me each time that I should offer them to the society, because, as she says, they are unreal, magical.”

Loreta says that seeing people react to her cakes is what is most fulfilling.

“I have already seen people who cried from shock and amazement after seeing my cakes. Icelandic people, having been presented with a reflection of their country in the form of a dessert, are left speechless.”

For Loreta, baking cakes is a form of artistic expression.

“At this stage, I am passionate about making cakes based on Icelandic nature. It’s a hobby. And it’s so strong that it takes nothing for me to wake up in the middle of the night to try out some idea that just came to me,” says Loreta. 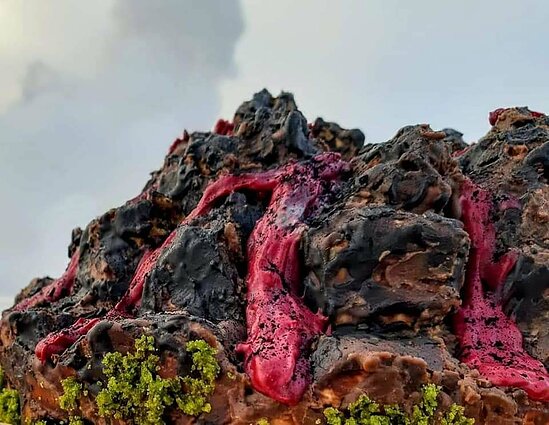 Lithuanians are one of the largest minorities in Iceland. The country hosts a strong diaspora community, giving Loreta an opportunity to keep in touch with fellow Lithuanians.

“There is a tradition to organise a hike to the Glymur waterfall on the Icelandic National Day on June 17. Lithuanians gather, wearing traditional Icelandic and Lithuanian accessories, climb up the waterfall, cross the ice-cold [...] river, enjoy a picnic together and celebrate their friendship in Iceland,” says Loreta.

The country also has a Lithuanian school. Moreover, church-goers have the opportunity to attend mass in Lithuanian.

“It’s nice that even far away from their homeland, Lithuanians do not shut themselves off, they communicate, [...] unite. When I hear someone talking in Lithuanian at a shop, so much warmth floods me,” says Loreta. “Those roots, the beauty of this language, the familiarity. And yes, I love people.” 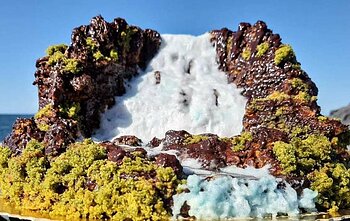 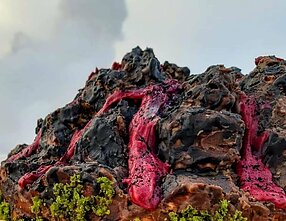 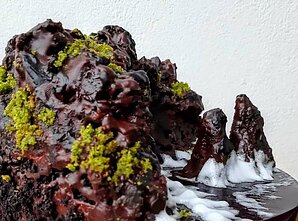 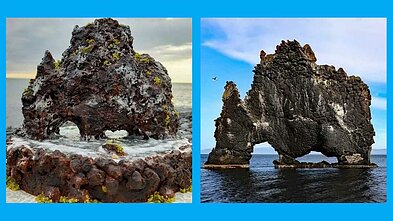 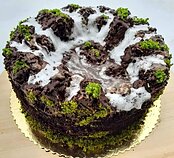 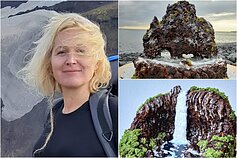