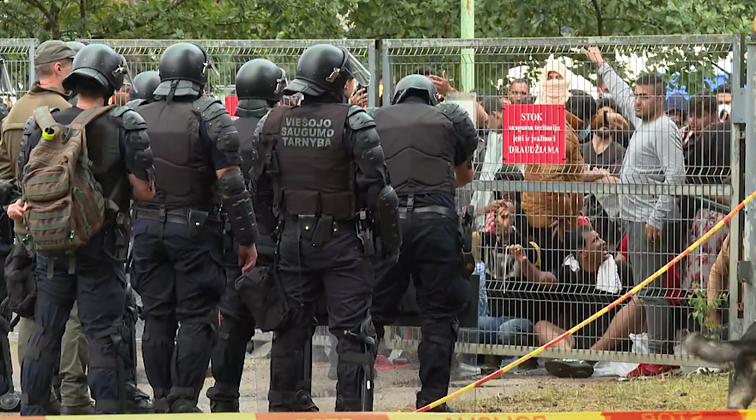 Lithuanian officers were called to the Rūdninkai migrant camp on Monday to respond to a protest provoked by heavy rain that soaked several tents, according to the Interior Ministry.

According to reports, people housed at the camp started complaining about their living conditions, threatening with a hunger strike and demanding that they be allowed to leave.

On Monday evening, officers of the Public Security Service (VST) entered the compound and dispersed the protesters. The officers also used tear gas and some of the migrants were subsequently removed from the camp.

According to reports, the officers brought in a water cannon to the Rūdninkai camp, but did not use it. 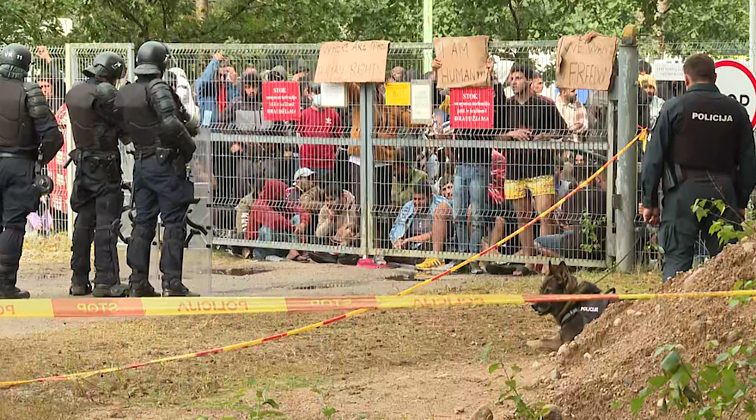 “After heavy rain on the previous night, migrants were unhappy that their tents got wet, they needed to be fixed and dried. They [migrants] were unhappy and small disturbances followed,” Interior Ministry spokeswoman Lina Laurinaitytė-Grigienė told BNS on Monday night.

She added the situation was taken under control by the VST officers who were called up for assistance.

“We are discussing what to do next. [...] Clearly, we do not have the capacity to provide top-quality tents, what we get comes from bilateral support, from the reserve,” she said. “It is what it is, it's unfortunate about the weather.” 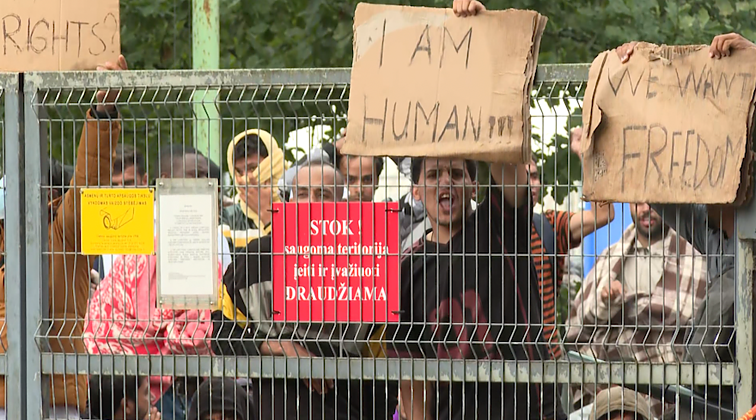 On Monday night, several dozen migrants gathered along the fence of the Rūdninkai compound.

One of them told reporters nearby that living conditions were unsuitable, particularly for the ill and people with disabilities.

“We are also humans. [...] Let human rights activists see this,” he was quoted by BNS. He was later approached by an officer, the others were ordered to disperse.

Several hundred migrants are currently housed in the tent camp at Rūdninkai military training facility. The authorities plan to accommodate up to 800 people there. 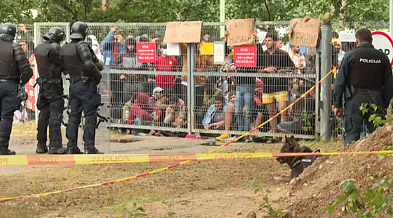 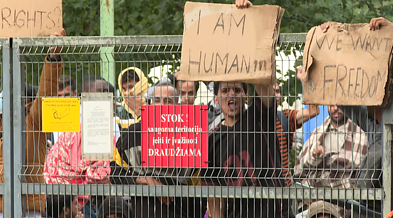 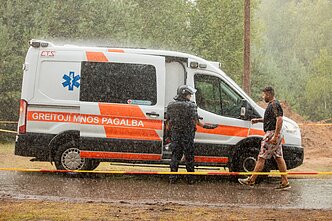 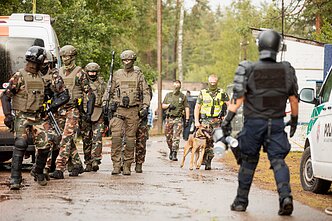 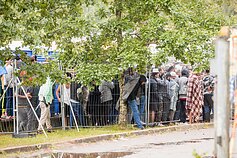 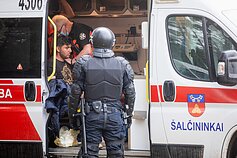 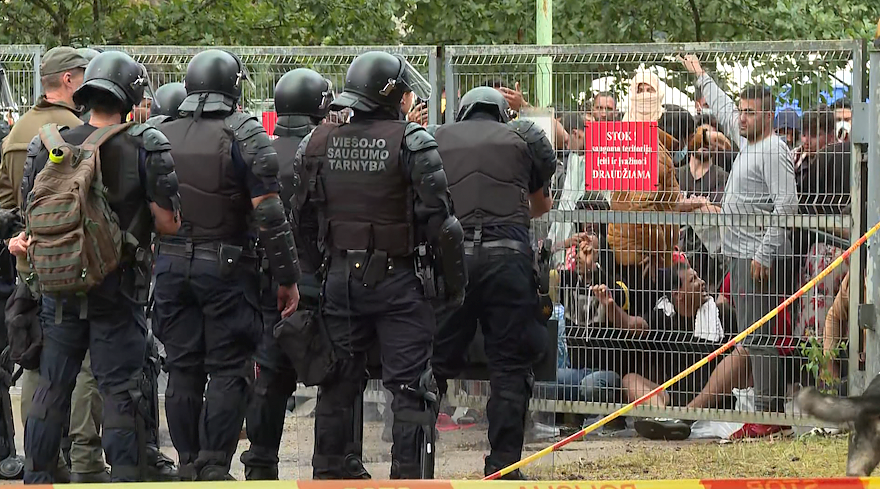 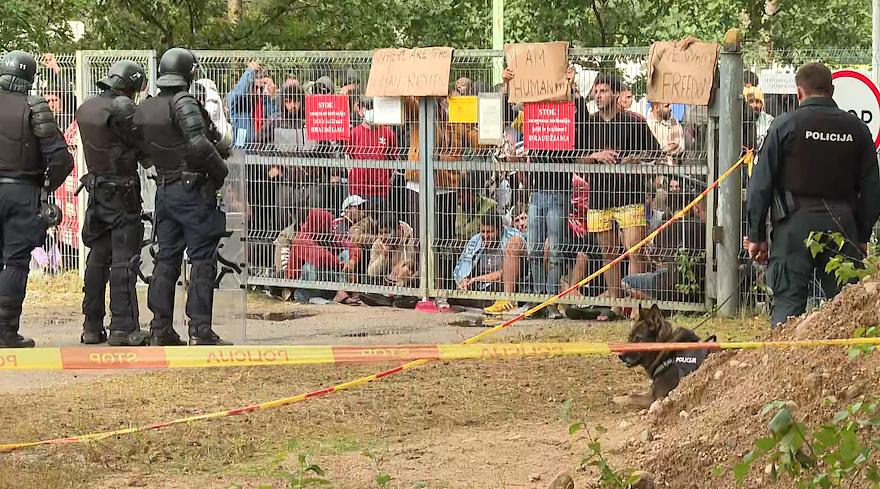 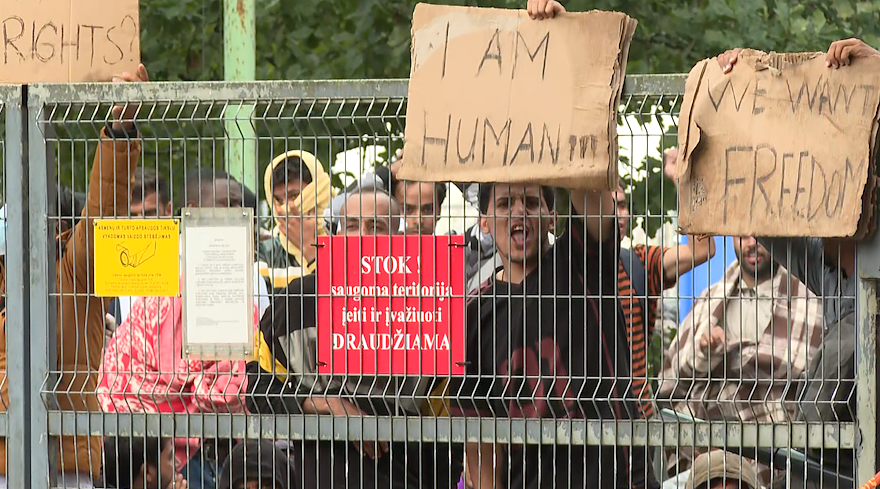 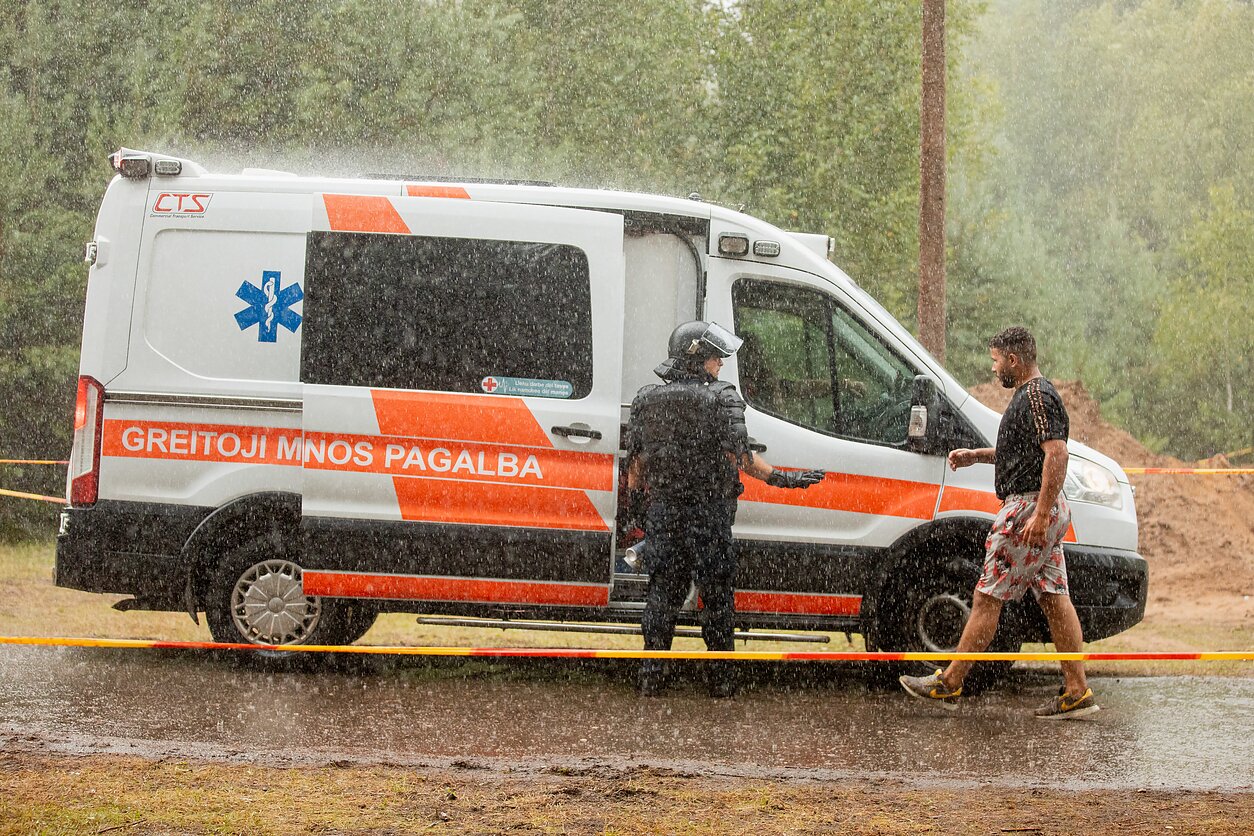 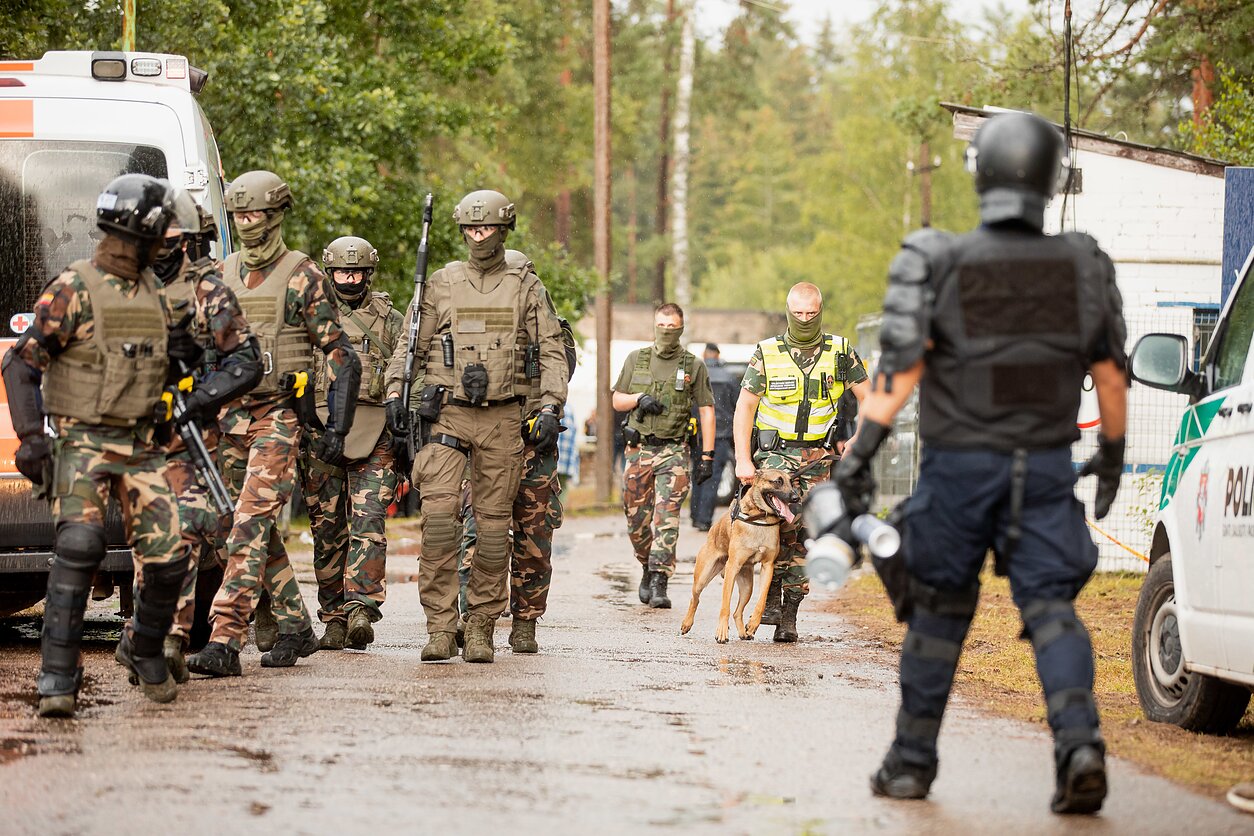 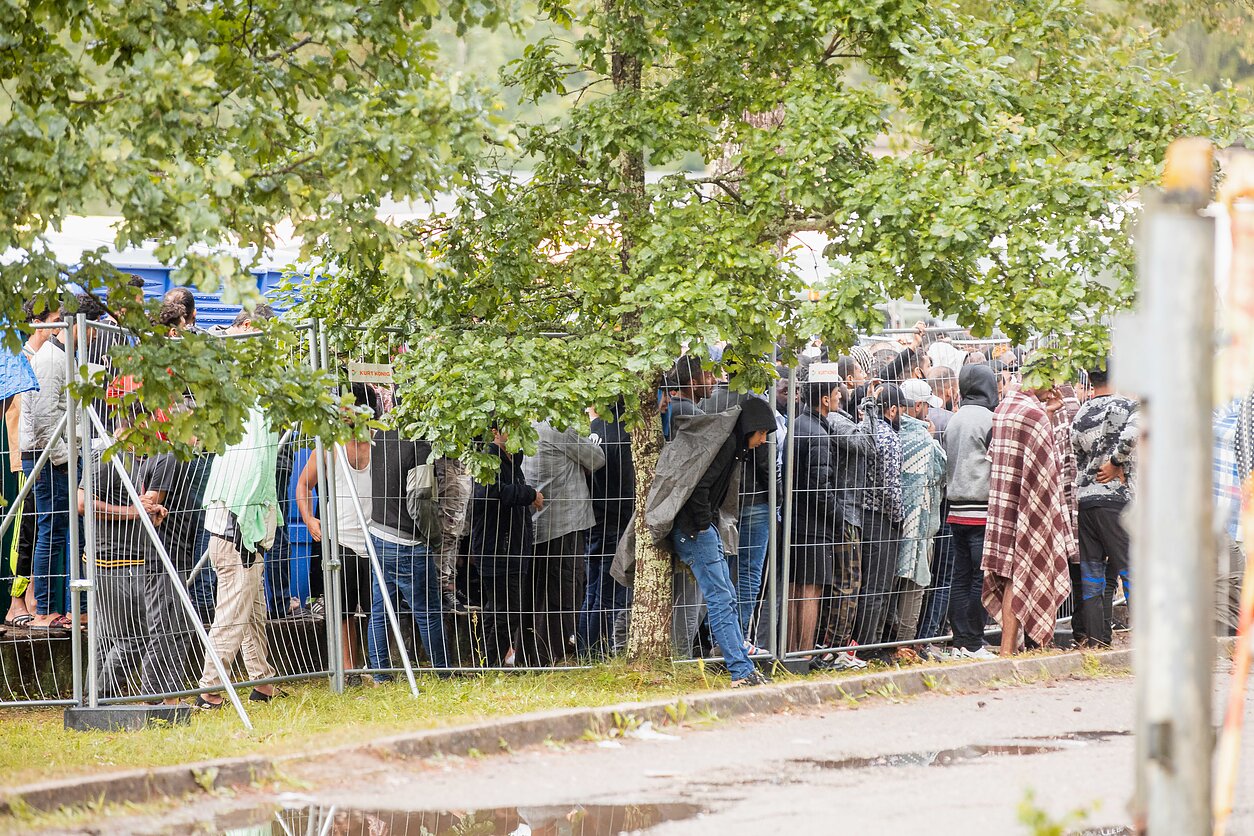 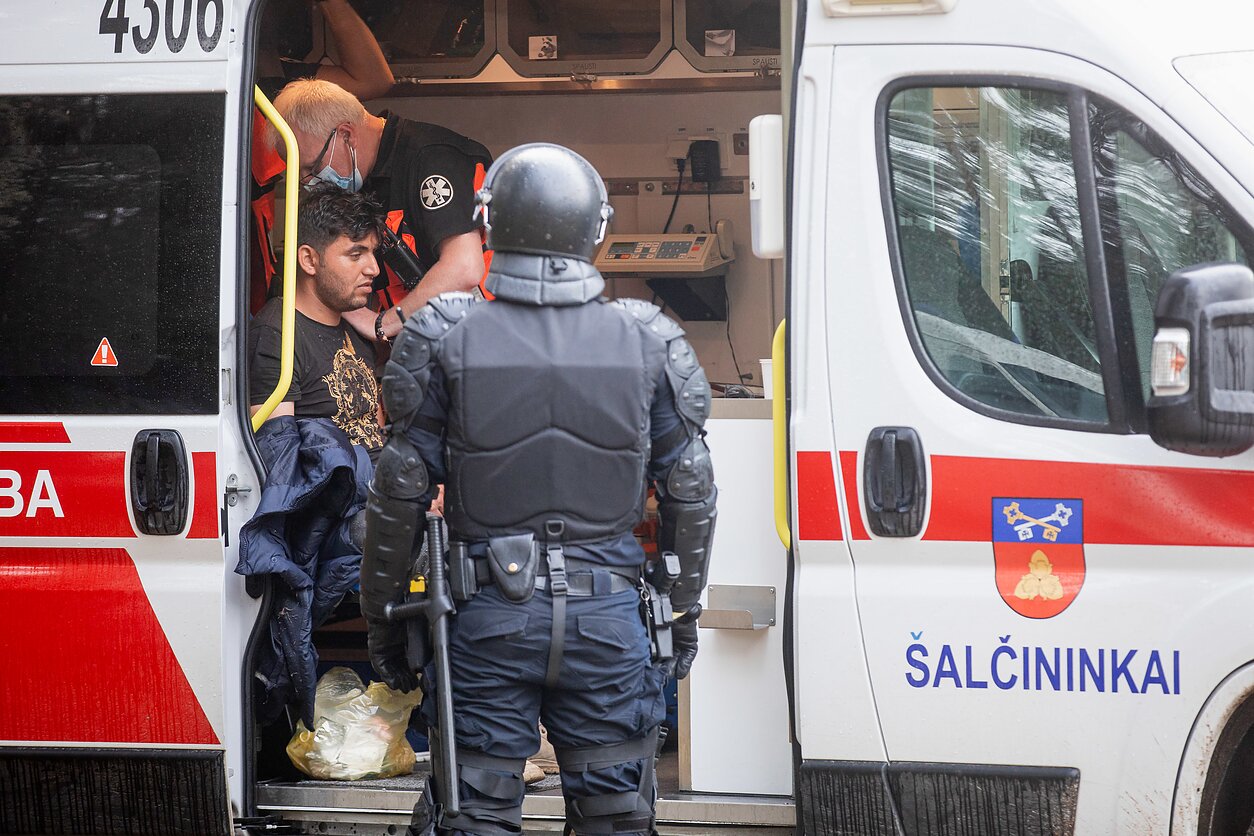