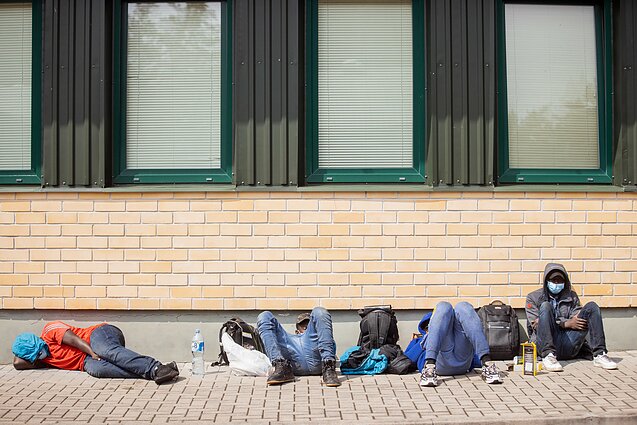 With several migrant protests quelled by the authorities, the ongoing isolation and information vacuum among asylum seekers may lead to more outbursts of anger and frustration. An alleged suicide attempt has already been reported in one of Lithuania’s migrant camps.

“My son came out of Belarus and crossed the border to Lithuania, and for three days his phone was switched off and we don't hear from him,” writes a man in Arabic on a popular Telegram group for undocumented migrants. “Is there anyone we can contact in Lithuania, please help us.”

His call out is quickly drowned out by messages offering illicit passages to Western Europe and tips on how to reach Lithuania.

The missing man is likely one of the over 3,000 people who have crossed into Lithuania from Belarus this year, just several months after the Minsk regime threatened to flood Europe with “migrants and drugs”.

Once in Lithuania, the migrants end up in detention centres, denied the right to use their phones while placed in two-week coronavirus quarantine. Even when they are transferred to the camps, their access to phones is curtailed.

According to several migrants interviewed at the Pabradė detention centre earlier in July, there was already a suicide attempt at the camp.

“A reason why some lose their minds is the lack of access to mobile phones. There are people who care about family,” said Rian,an Iraqi Kurd from Duhok. Without being able to contact their close ones, “they will get mentally sick”, he added.

Another Kurd, Salfan from Iraq, said his friend was in quarantine. “Now he is in the camp outside, the do not let him go outside. Why – he got mental illness, he tried to committ suicide alrady.” 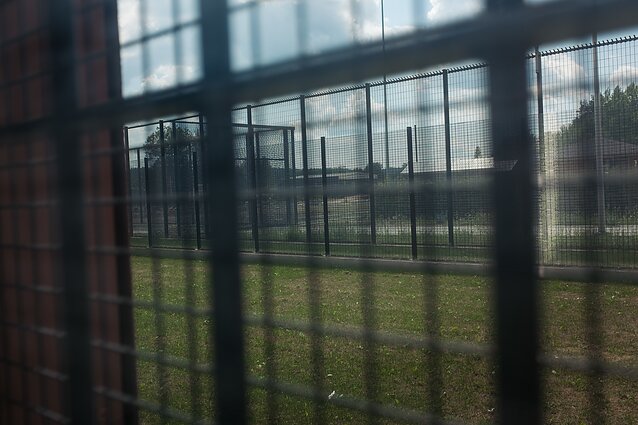 The attempted suicide was confirmed by the Lithuanian Red Cross.

“These people are in an informaion vacuum and the reaction to this vacuum [...] can lead to unrest or cases of suicide,” said Eglė Samuchovaitė, spokeswoman for the Lithuanian Red Cross. “Informing people where they are and [on what grounds] is an essential things.”

She stressed that among the migrants’ most pressing needs was access to information about the legal processes, or even why they were placed in coronavirus quarantine. There is also an acute lack of interpreters.

Several protests have already erupted at migrant centres. According to Samuchovaitė, giving the asylum seekers more information about their situation could prevent the buildup of frustration, fear and anger.

“The information vacuum may be the reason for these [suicide] cases and why they may happen in the future,” she added. 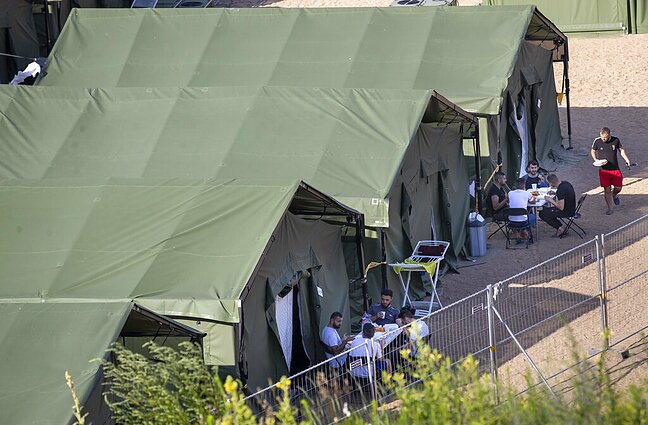 In the hastily established migrant camps elsewhere in the country, people are also deprived of social support structures that are normally offered by NGOs in permanent centres, which have been recently overwhelmed by hundreds of new arrivals.

“Neither medics nor social workers offer services [in the new centres]. If there are people with vulnerabilities, it’s evident that this need for support remains unaddressed,” said Samuchovaitė, adding that the Lithuanian government is now only able to meet the basic needs for food and shelter.

“We don’t want more disasters. And this is no longer a question of their legal status [in Lithuania]. It’s mandatory to ensure [care], regardless of whether they have requested asylum, are awaiting repatriation, or have never asked for asylum.”

Lithuanian officials speaking off the record have also confirmed that the temporary migrant centres are overfilled and conditions in them are deteriorating. 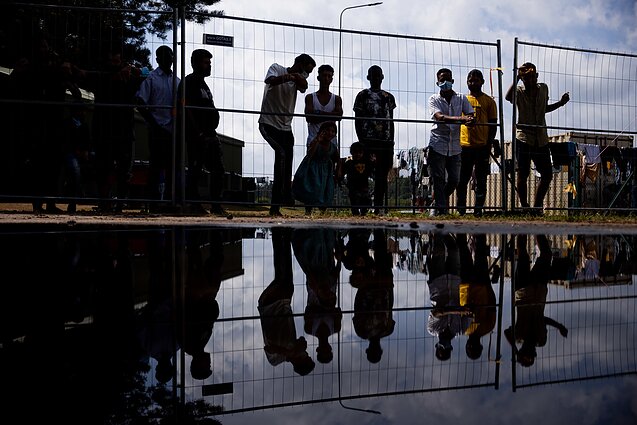 ‘We hear these stories often’

On Thursday, Lithuania’s State Border Guard Service (VSAT) told LRT.lt that the alleged suicide attempt in Pabradė was “an imitation”.

“Evidence has proved that it was an imitation used as a show,” said Giedrius Mišutis, spokesman for the service, adding that mobile phones are used to contact smugglers for a way out of Lithuania.

“It’s no secret that it’s an added risk factor to disappear” and plan trips “mostly to Germany”, according to Mišutis. “Restricting access to phones helps solve many problems.”

Sometimes, people who have entered Lithuania legally come to the camps trying to reach their compatriots inside, Mišutis said.

There have already been attempts to flee, he added, and phones would facilitate “other illicit activities”. 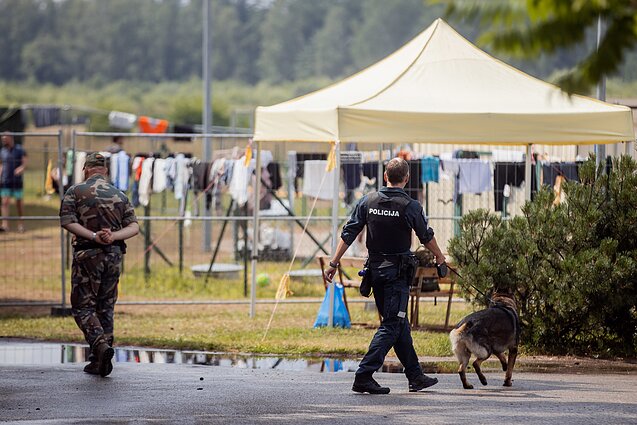 Recent media reports have revealed the routes migrants take out of Lithuania. Those allowed to temporarily leave the migrant centres sometimes use the service of smugglers.

In response to the question whether isolation can lead to more troubles at the detention centres, Mišutis said officers have to use different measures in different situations.

“We are constantly communicating [with the asylum seekers], monitoring their emotional state,” he said. “We look at what they say, look at how they live [among other migrants] and their internal conflicts.”

“If there is the smallest signal [of something brewing], measures are taken” by officers to solve the problems, he added. 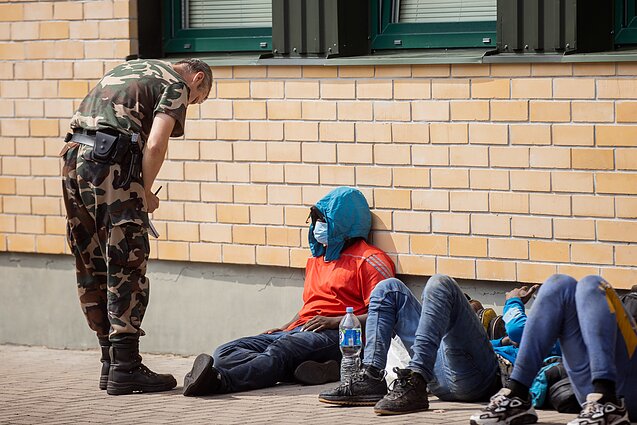 According to Samuchovaitė from the Red Cross, some countries in Europe managed to deal with the migrant crisis without impinging on human rights.

“We haven’t heard stories from Finland, for example, that we have heard from Lesbos or Moria” camp in Greece, she said. It’s important for Lithuania to “carry the flag of a country that respects human rights”, added Samuchovaitė.

Lithuania has been championing the rights of politically persecuted people in Belarus and led the EU’s response to repressions in the neighbouring country. 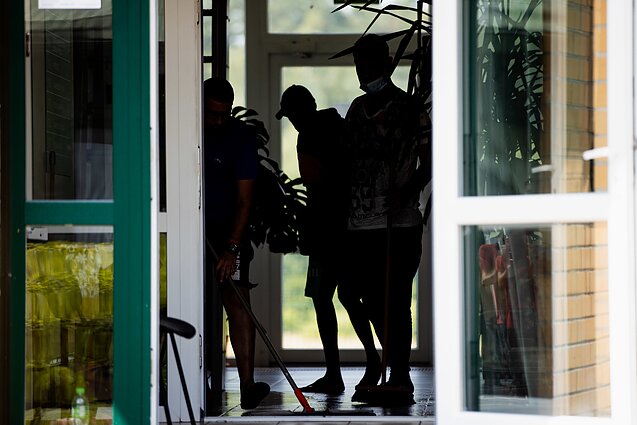 This narrative, however, will likely persist to the detriment of Lithuania’s efforts to maintain its leadership on human rights issues in the post-Soviet space.

“Now there are conscious efforts to create a dilemma, to show alleged consistency gaps in the human rights fields and alleged double standards surrounding migration politics,” Vytis Jurkonis, a prominent expert on Belarus at Vilnius University’s Institute of International Relations and Political Science (TSPMI), told LRT.lt in a written comment.

When Lithuania began openly supporting Ukraine in 2014, the Kremlin focused on alleged mistreatment of minorities in Lithuania. Now, the same is true in Belarus where teams of “the Kremlin’s propagandists have arrived in Minsk” after the events in August 2020.

These narratives will persist as long as the current regime in Minsk remains in power, Jurkonis added. “This isn’t the first and not the last attempt to find [problems] where the situation is complicated.” 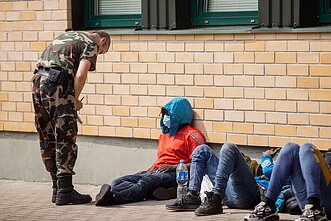 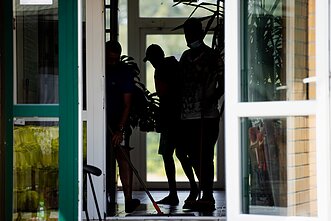 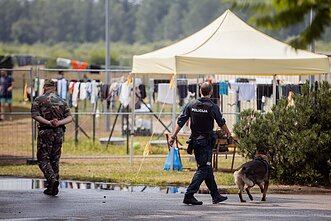 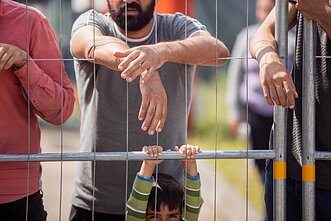 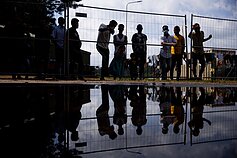 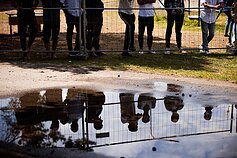 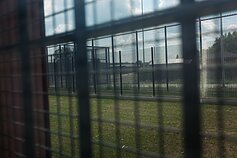 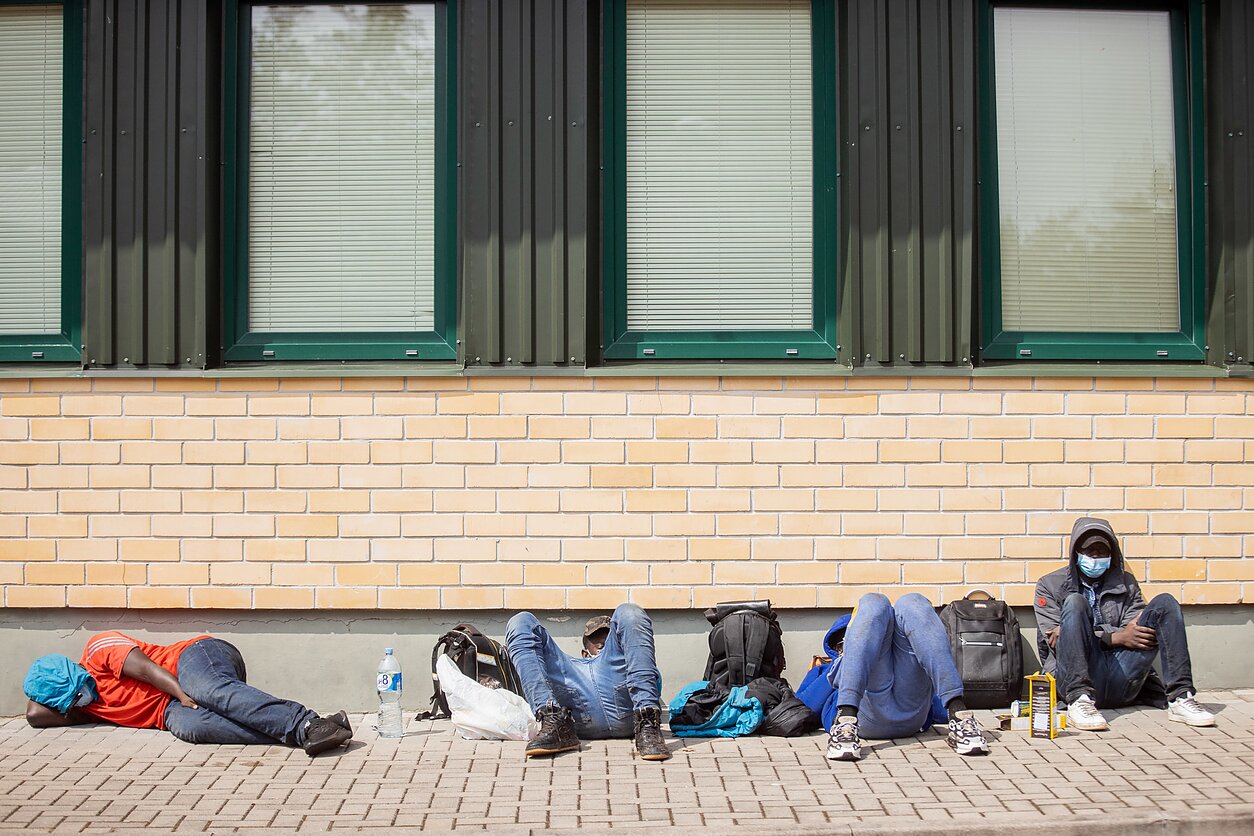 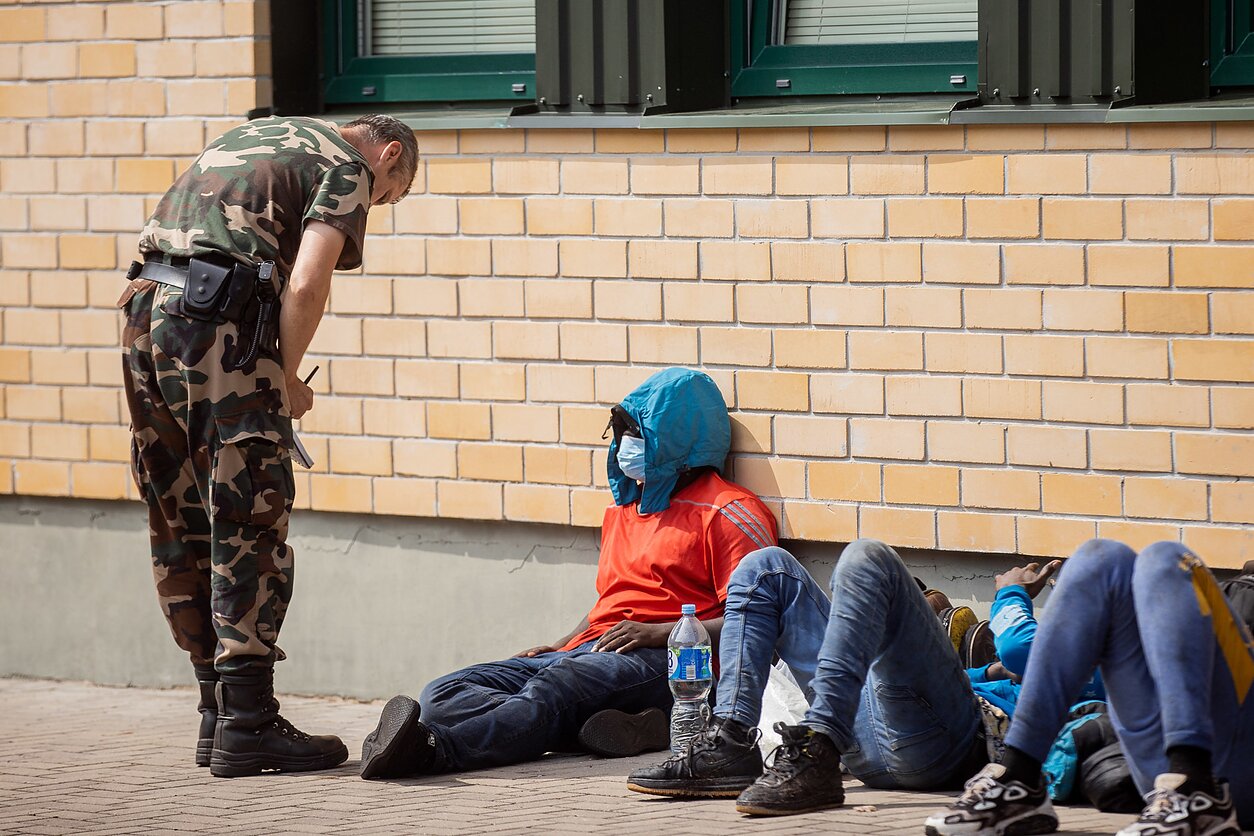 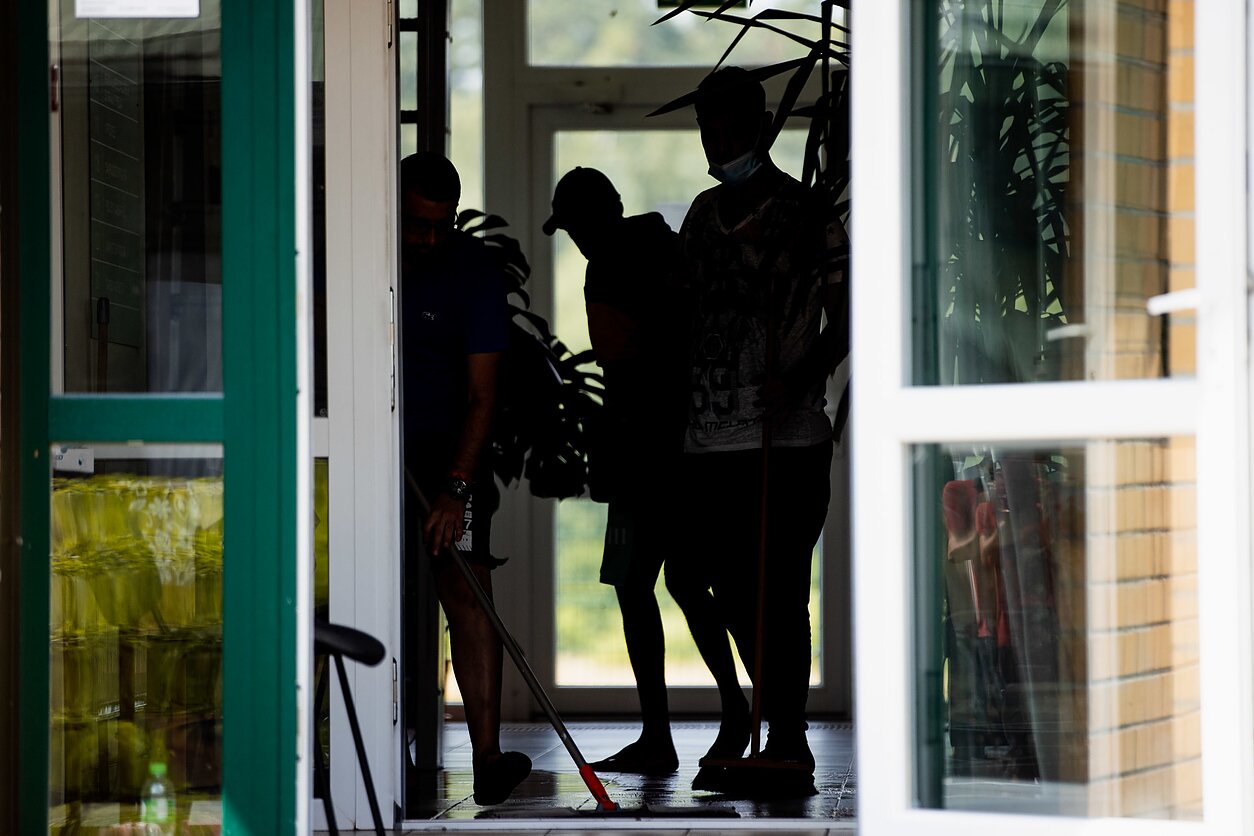 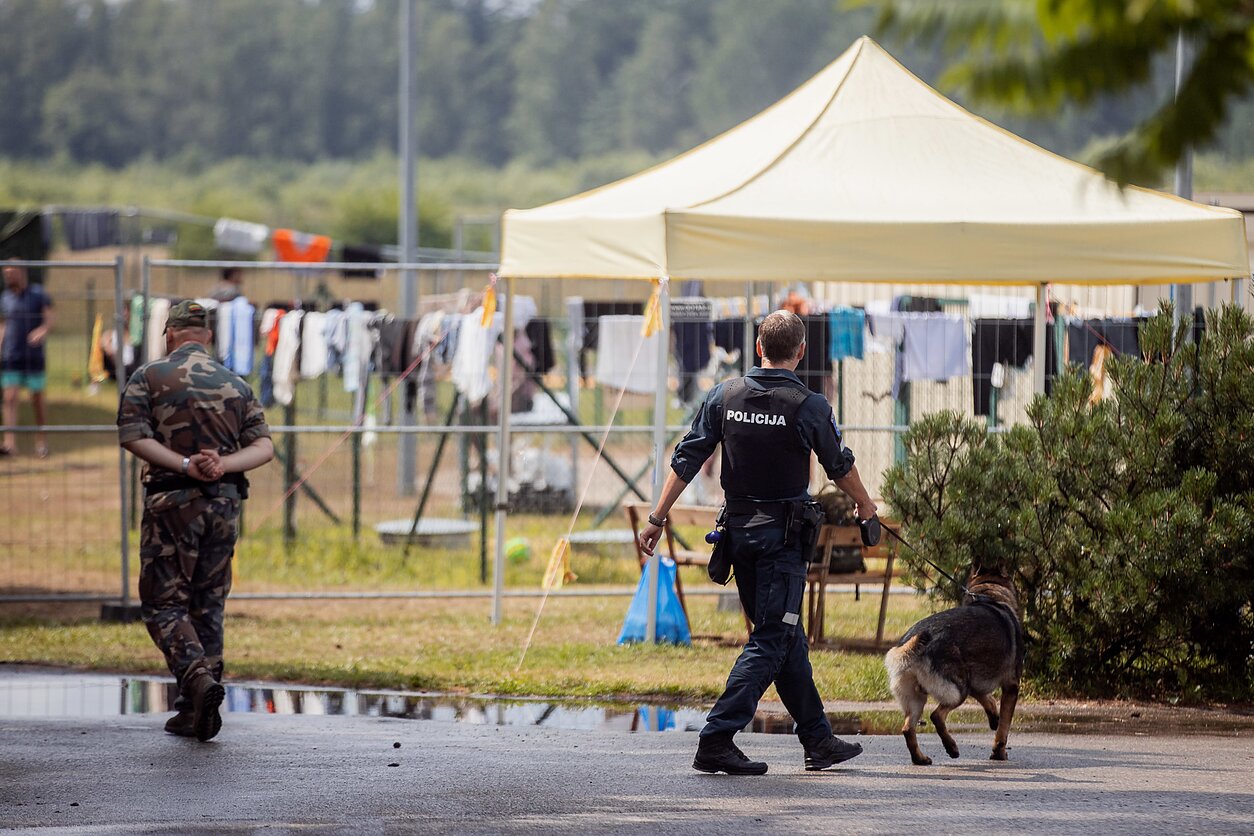 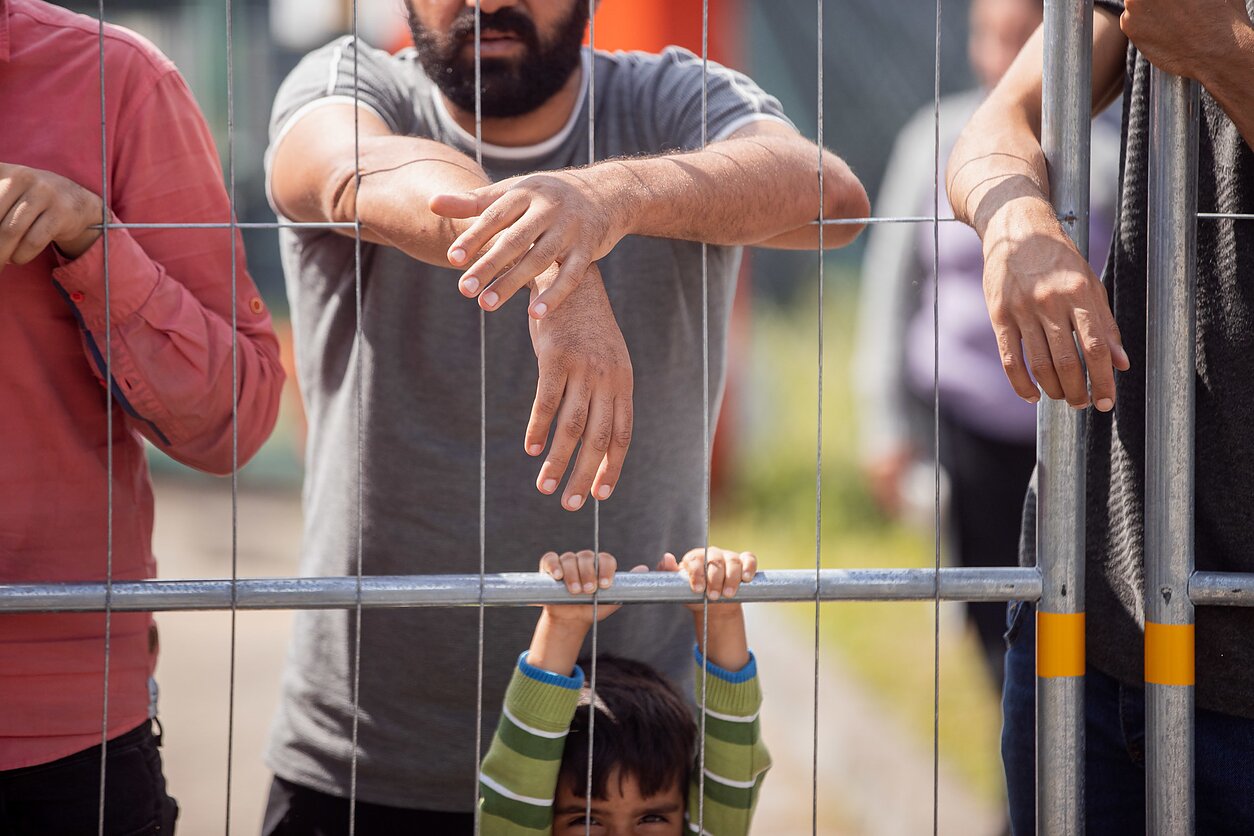 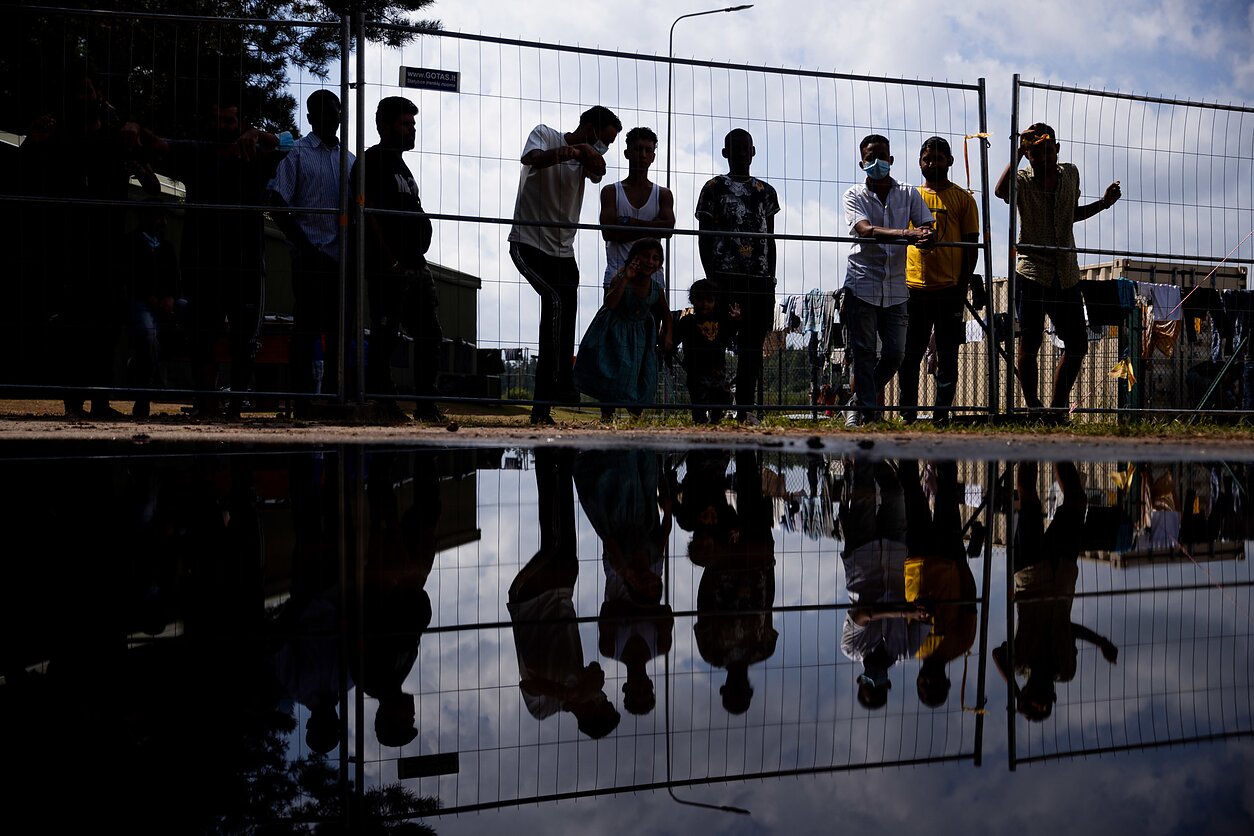 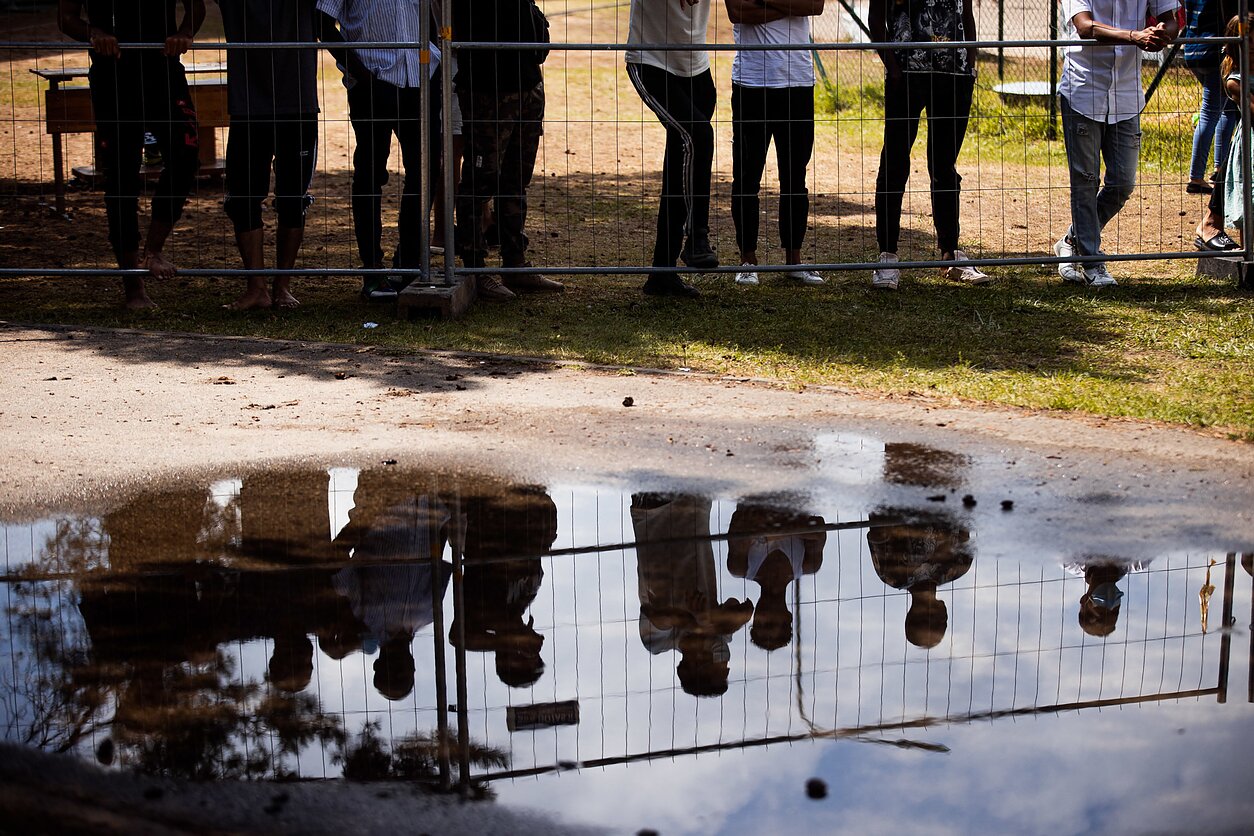 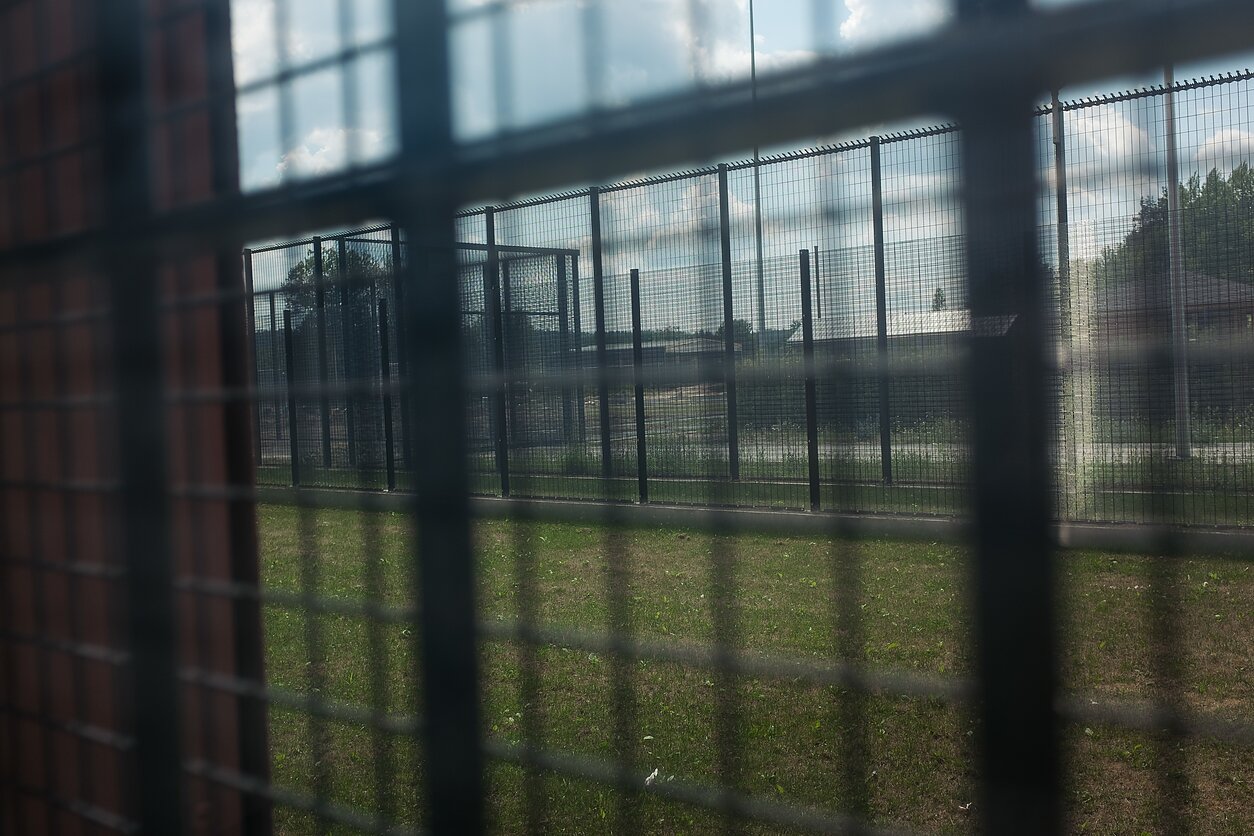 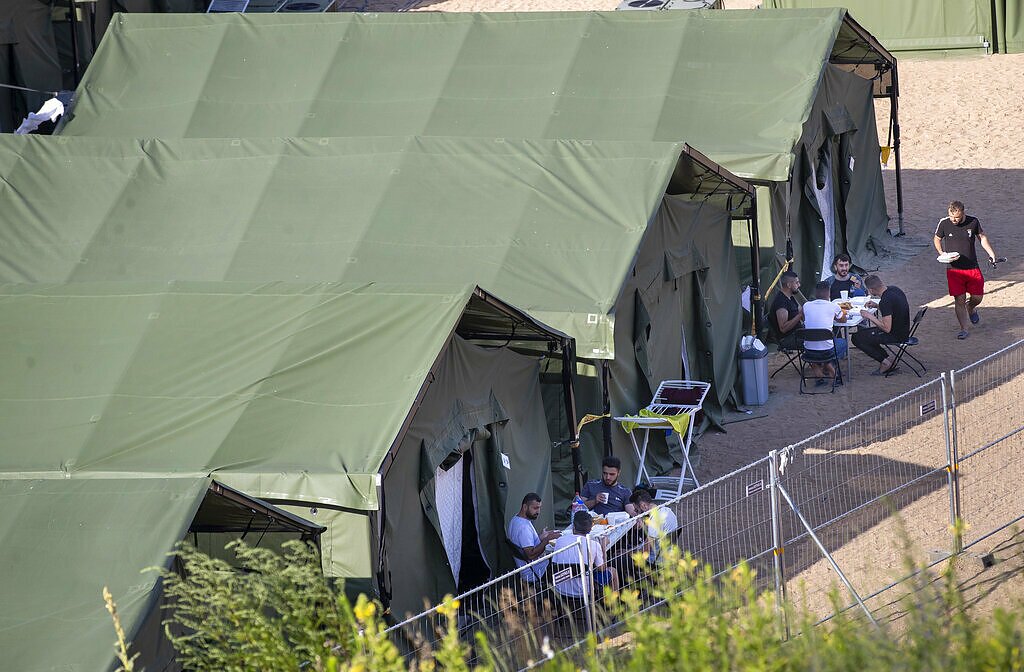