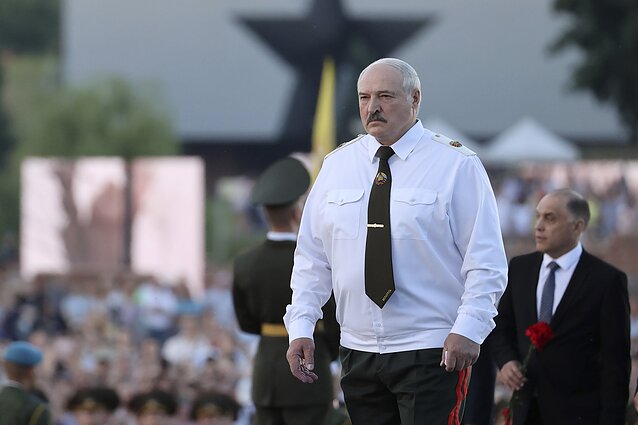 With Ukraine threading the same hardline on Alexander Lukashenko as Lithuania and Poland, has the brittle friendship between Kyiv and Minsk come to an end? Yegor Vasylyev, analyst and political consultant specialising in politics and governance of post-Soviet states, writes for LRT English.

Alexander Lukashenko, who is not recognised by the West as the Belarusian president, is struggling to find allies outside his comfort zone of Russia and China. As the world’s political scene becomes increasingly divisive, his fragmentary comradeship with Ukraine’s Volodymyr Zelensky has come to an end.

Lukashenko, who is widely seen to have rigged the latest elections, is actively involved in a ‘friendly’ arm-wrestling with Vladimir Putin, not quite eager to surrender that much of his country’s independence to an elder brother. Though some watchers take it as inevitable, the countries are unlikely to merge in a full institutional sense, but new elements will be added to their Union State by the end of the year.

However, Lukashenko’s relations with another Slavic neighbour – Ukraine – are not that bright at all.

Not so long ago Ukrainians widely took Lukashenko as a role-model president. The polls conducted by the Rating sociological group in November 2019 indicated that 66 per cent of Ukrainians had a positive attitude toward Lukashenko, whom they saw as the best foreign leader. 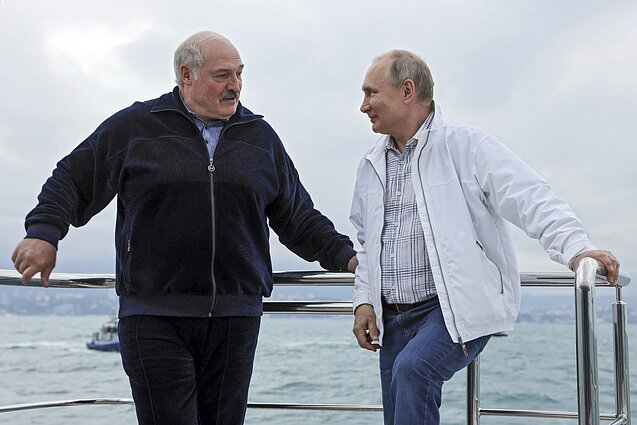 This has changed following August 2020 elections, deemed rigged by the international observers. In February 2021, according to Kyiv International Institute of Sociology, 53.6% of Ukrainian respondents did not trust Lukashenko (though 36 % still did, making Lukashenko the most trusted foreign politician).

Belarus–Ukraine relations under Lukashenko were rather stable: Ukraine is the second biggest trade partner for Belarus and Belarus – the sixth one for Ukraine. He has managed to find a way to make friends with all Ukrainian leaders with the exception – to some, a surprising one – of a pro-Russian Viktor Yanukovych. Lukashenko famously accused the latter of “heinousness” after having not been invited to the anniversary of Chornobyl disaster.

Petro Poroshenko was on an especially friendly footing with Lukashenko, with roots in the affinity developed prior to Poroshenko’s presidency. During Poroshenko’s term in the office mutual contacts were intensified, mostly, in its second part of 2017–2019.

What is quite important, Lukashenko did not recognise Crimea as a Russian territory, though the Russian president is eagerly awaiting his visit to the occupied land. Lukashenko also promised Poroshenko at their closed meetings that Belarusian territory will not be used by Russia for a military aggression against Ukraine. Balancing in foreign policy, as he was at the time, Lukashenko succeeded in presenting Minsk as a neutral ground for the negotiations on Donbas conflict. 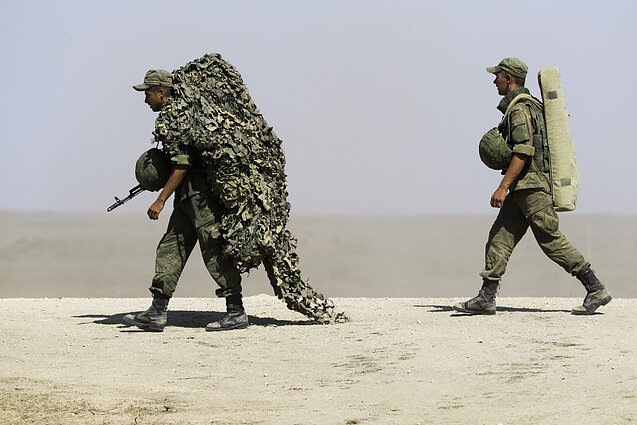 Russian soldiers during an exercise in Crimea / AP

Ukraine and Belarus had developed effective partnership in military industry, for example, having devised a joint anti-tank guided missiles (Stugna in Ukraine and Shershen in Belarus), but with the beginning of the conflict in Donbas all official contacts were abandoned. The countries are economic partners – Belarus supplies a third of Ukraine’s petroleum products and fertilisers and two thirds of its bitumen.

Lukashenko’s relations with Zelensky, apart from a phone call, started with an overture in Zhytomyr on October 4, 2019, following the Forum of Regions. Lukashenko seemed to build a good rapport with the Ukrainian president. The parties had discussed the agenda of the relations and later an annual road-map was approved. Zelensky stressed that Belarusians and Ukrainians have a similar mentality and he is proud to have such a good neighbour as Belarus, relations with which are so good. Lukashenko assured the Ukrainian President that there never will be any problems on the border.

But following the disputed elections in Belarus, Zelensky’s Ukraine, which sees itself as a flagship of democratic values at the post-Soviet space, has opted to coalesce with Europeans discarding Lukashenko’s latest brutal re-election attempt.

Zelensky himself gave a patronising advice to Lukashenko to hold new elections and maintain dialogue with his people. He also claimed that despite the turmoil in politics, the relations between Belarusians and Ukrainians will remain good, as the relations between people are always more important than those between the politicians.

Indeed, in the first quarter of 2021 trade between the countries has increased by 9% to 1 billion 200 million US dollars.

The last time Zelensky talked to Lukashenko was during the saga of Wagner members – an uncomfortable topic for Zelensky. The nationalists, who proved to be the main headache for Zelensky’s presidency, demanded explanations from him following what Russians called – and Zelensky denied - the botched special operation of the Ukrainian security forces on the detention of Russian Wagner fighters involved in Donbass fighting in Belarus. 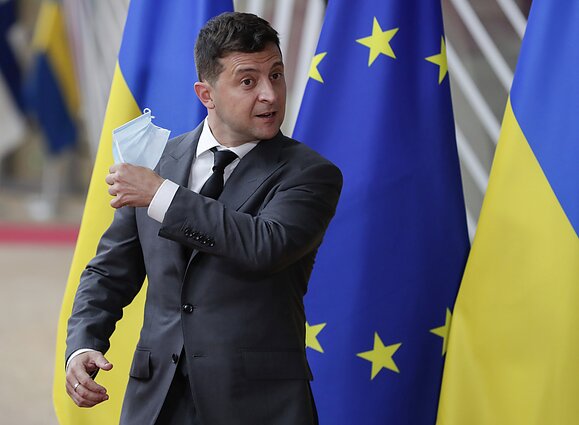 Zelensky claimed to have called Lukashenko to demand their extradition to Ukraine, but following the call Belarus sent the fighters home.

Further on, Zelensky and his team reiterated their support to free elections in Belarus, and Zelensky himself informally met with Svetlana Tikhanovskaya in Lithuania.

Even Minsk’s neutrality in the Donbass peace process is no longer valid for Ukrainians. Their delegation in the Tripartite Commission on peace process refused to come to Minsk due to lack of its impartiality and Belarus’ de-facto coalition with Russia. There is currently a need to find a new place for the negotiations.

In short, Zelensky tend to position himself as a new type of a leader on the backdrop of Putin, Lukashenko or Aliyev, and has never been interested in a lasting friendship with Lukashenko. Though Zelensky lacks political credibility in the West, his rule is seen as democratic unlike theirs.

National-democratic slant that Zelensky and his coterie are trying to give to his presidency presupposes alienation of Belarusian political vector, repudiating it as a pro-Russian one and thus, explicitly unfriendly.

Ukraine banned Belarus flights following Lukashenko’s whimsies with landing an EU airliner in Minsk, and the cabinet is currently preparing a list of personal sanctions against Belarusian officials responsible for the election fraud and political repressions.

The tensions are raging – Lukashenko has recently accused Ukraine of staging international terrorism against him and supporting terrorist “sleeper cells” in Belarus. 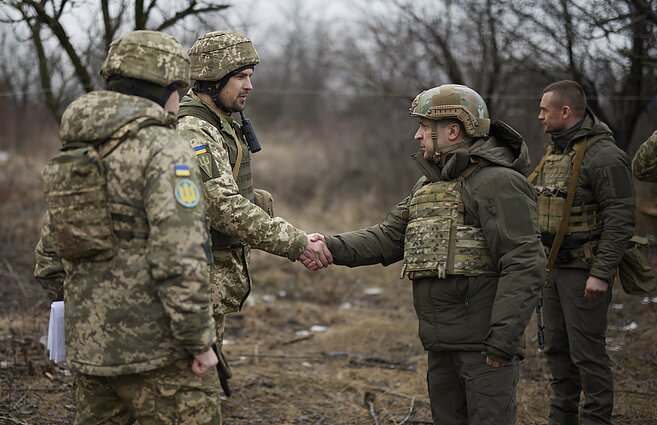 Meanwhile, the troops are coming for Zapad-2021 joint Russia–Belarus military drills, which are to take place on September 10–16. There, according to Zelensky, the countries’ military will train to simulate a seizure of Kyiv, Kharkiv and Odesa.

The countries under Lukashenko and Zelensky seem to take diverging paths. Ukraine is a part of what has become known as the Association Trio, accompanied by Georgia and Moldova, who have signed Association Agreements with the European Union and whose aim is to join it one day.

Its geopolitical choice will not change.

Belarus is isolating itself from Europe, having cancelled its participation in EU’s Eastern Partnership program, Lukashenko calling European leaders “thugs”.

Therefore, the story is the one of a twist in Ukraine–Belarus relations, from friends to foes – so far as Belarus is ruled by Lukashenko.

Yegor Vasylyev is an analyst and political consultant specialising in politics and governance of post-Soviet states. He is the board chair at The New Bridge Analytical Centre. He holds an LLM in European Law from the London School of Economics (LSE), where he was a British Chevening Scholar, following five years with the Ukrainian civil service. 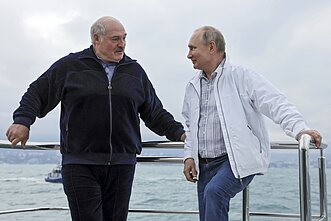 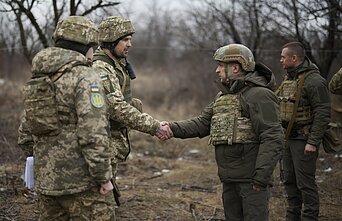 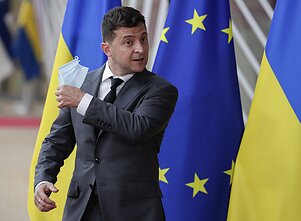 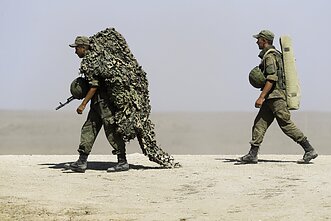 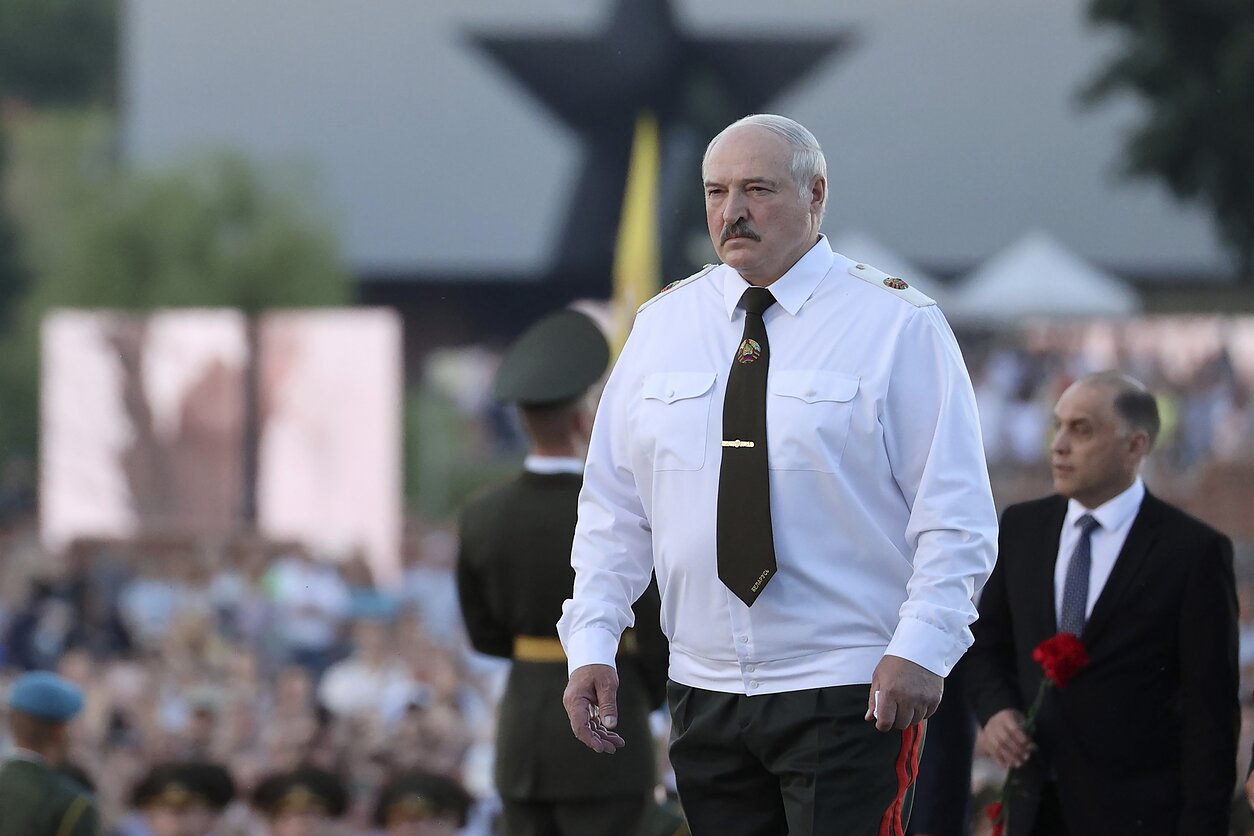 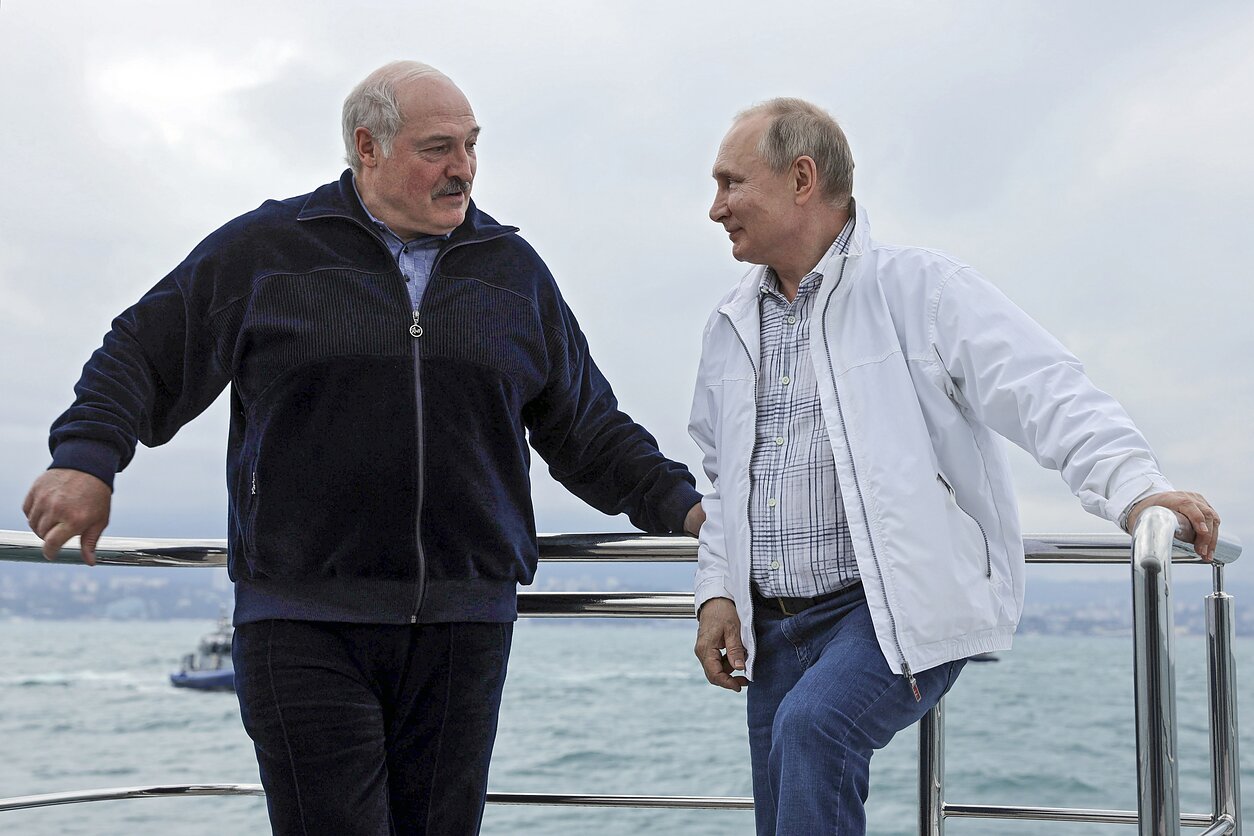 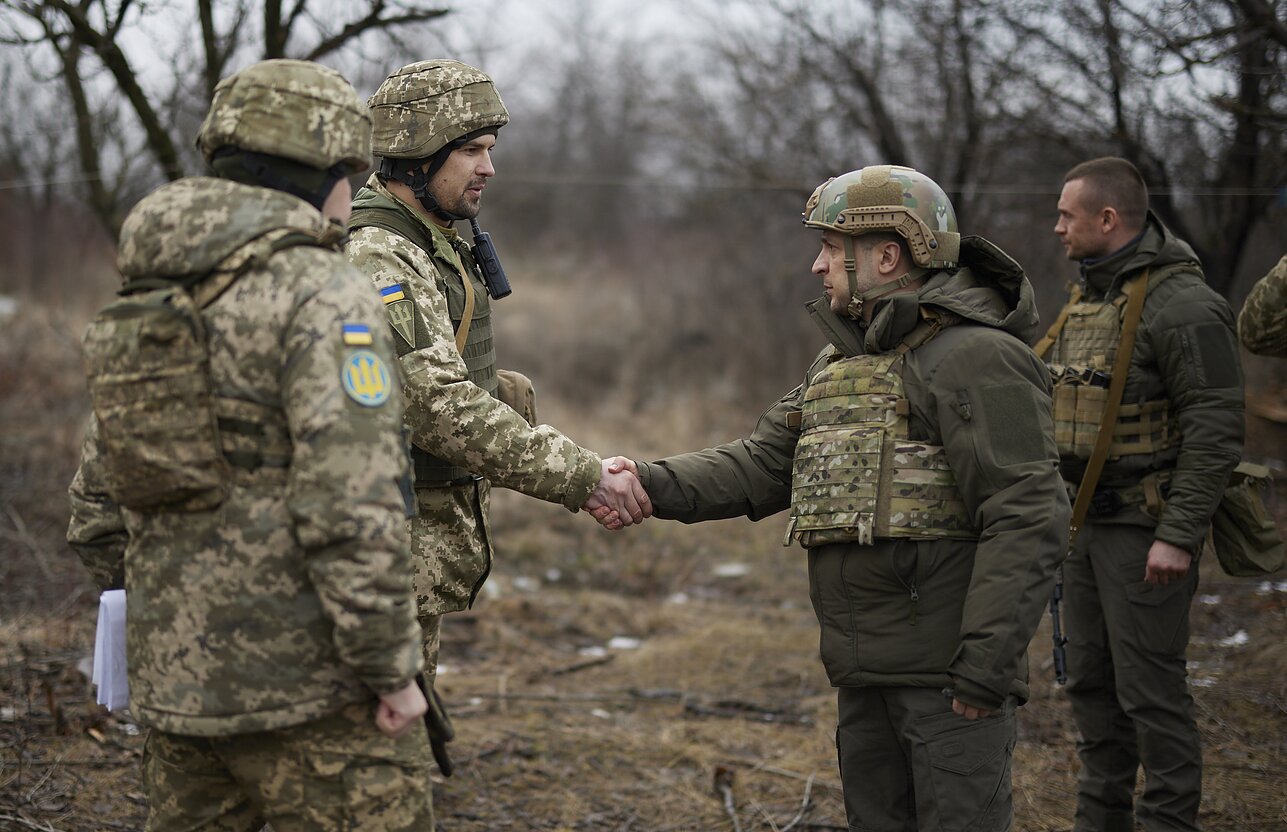 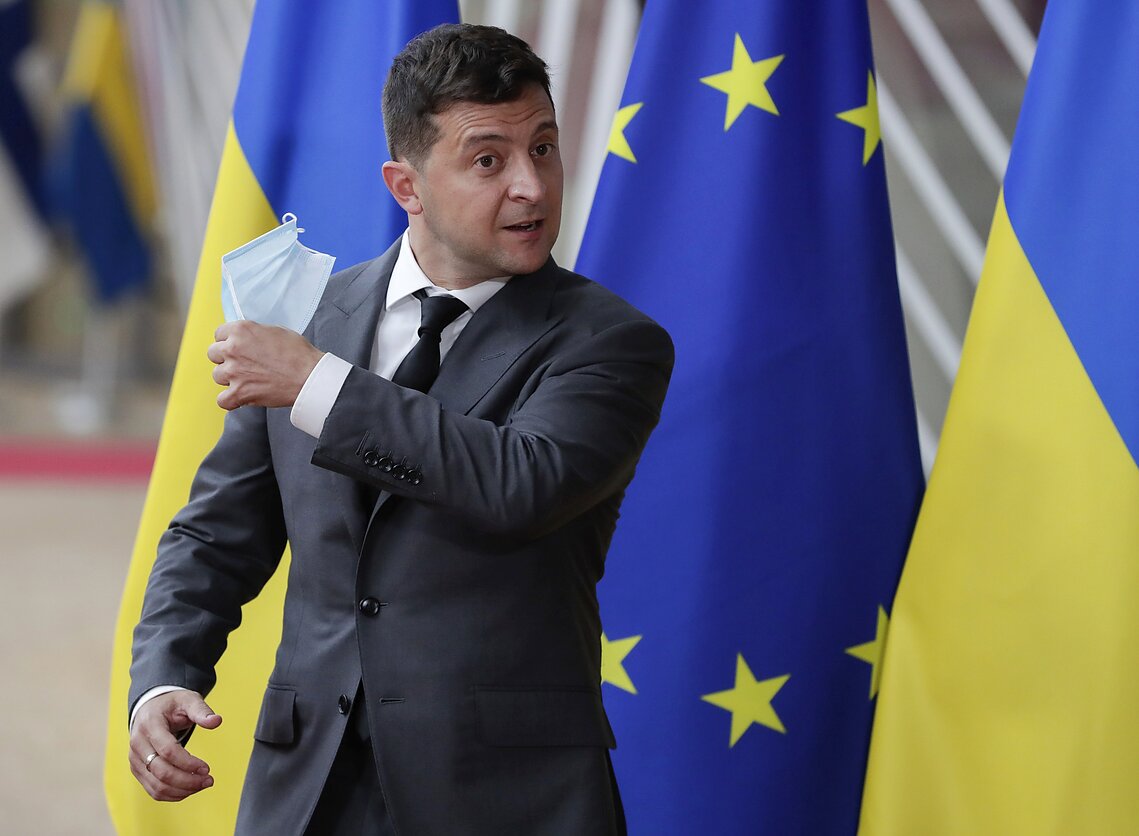 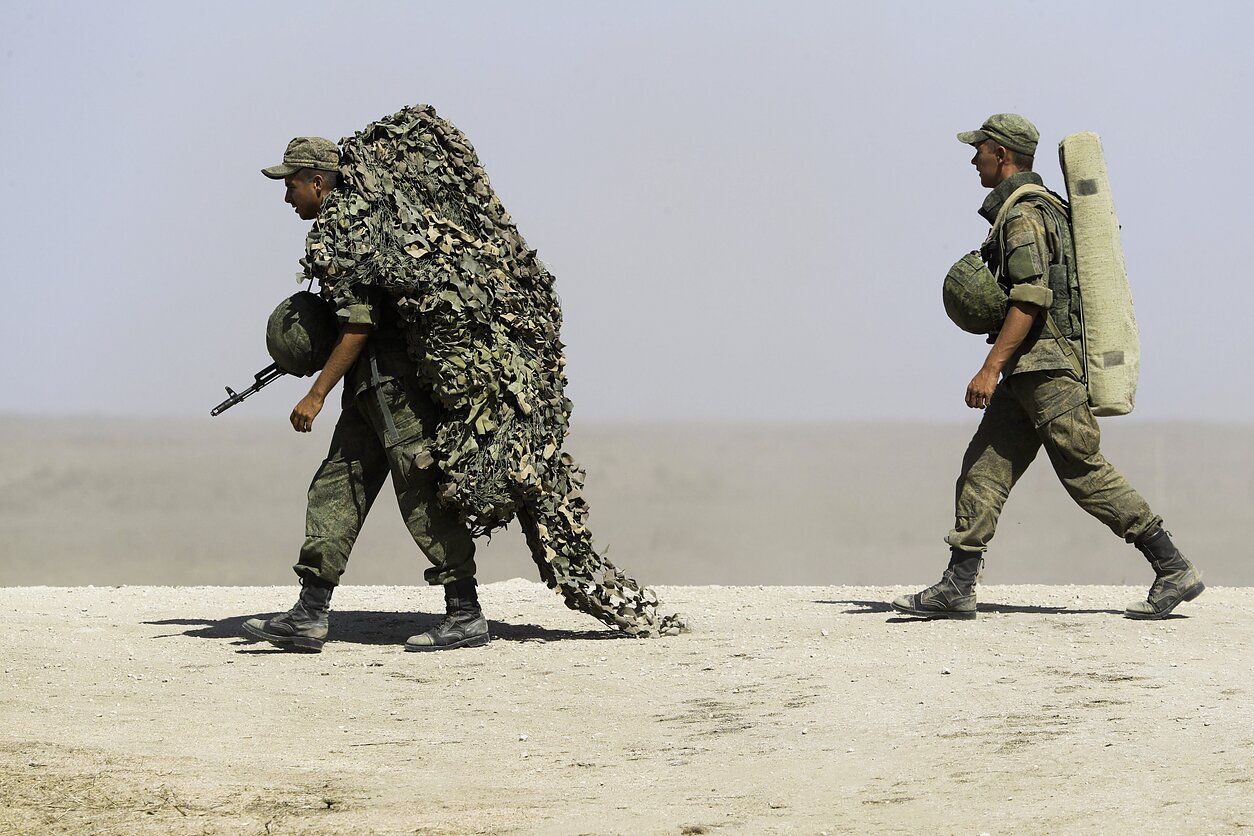 Russian soldiers during an exercise in Crimea
5 / 5AP