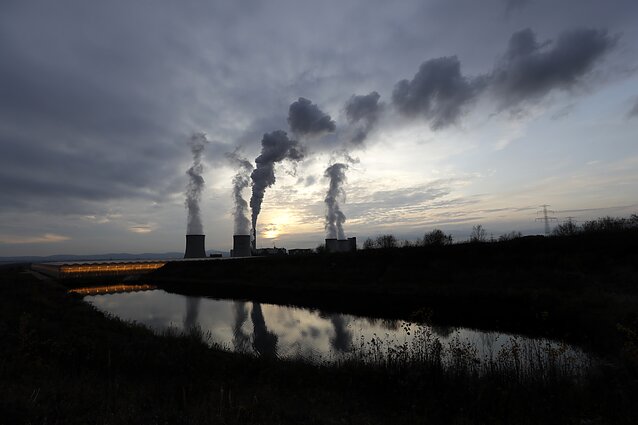 Poland is shifting from coal- to gas-powered power plants / AP

Copenhagen's decision to withdraw a permit for the Danish section of the Baltic Pipe gas pipeline from Poland to Norway could mean Warsaw remains a buyer of Russian gas. That was not part of the plan.

As the United States agrees to back the Russo-German Nord Stream 2 gas pipeline – bypassing Poland and Ukraine – Warsaw's strategic aim of diversifying its energy sources away from Russia is being threatened by delays in another gas pipeline under the Baltic Sea linking the EU member with Norwegian gas fields in the North Sea.

Warsaw is still working out how to handle the recent decision by Denmark's Environment and Food Committee to revoke an environmental permit for the Baltic Pipe project, due to fears over damage to local bat and mice populations. The permit was issued in July 2019 for the 210-kilometer onshore section of the Baltic Pipe gas pipeline that crosses Danish territory.

The pipeline is planned to link Norwegian gas fields with Polish customers from October 2022. The move may represent a setback for Poland's long-term and cross-party plans to shift away from dependence on Russian gas.

The longer and more controversial Nord Stream 2 gas pipeline that would bring Russian gas to Germany — the main reason why Warsaw has pushed so hard to finish the Baltic Pipe project — also struggled to gain permission to be lain in Danish waters. 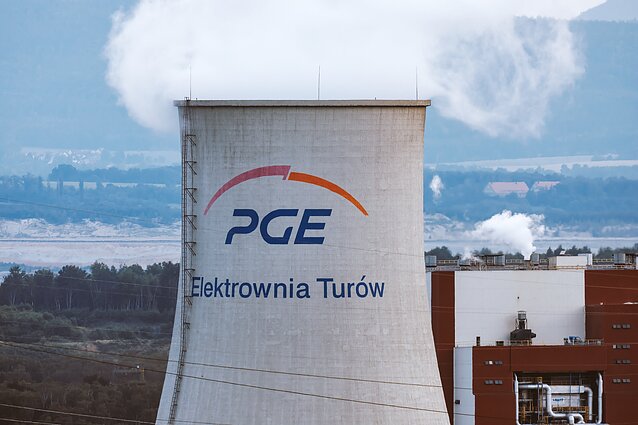 Observers say the delay could also give Moscow a say in future gas contract negotiations, or be used in talks about the construction of a so-called energy bridge linking any future Russian nuclear energy production to the EU.

“Russia will use the delay as leverage and could seek to push ahead with a project to build a nuclear plant in Kaliningrad and an energy bridge, linked to the EU electricity markets,” said Robert Tomaszewski of the Warsaw-based think tank Polityka Insight. “Poland could be urged to join as a way of inducing preferable gas contracts,” he told DW.

Looking away from Russia

This section of the pipeline is one of five intended to enable the transport of gas from Denmark's west coast to the island of Zealand in the southeast.

The Baltic Pipe project is a joint venture between Polish firm Gaz-System and Danish firm Energinet, and is estimated to cost between €1.6 billion and €2.1 billion ($1.9 billion and $2.5 billion). It includes a 275-km-long Baltic Sea pipeline between Poland and Denmark, and a connection to Norway's Europe II pipeline in the North Sea.

The pipeline has a capacity of 10.2 billion cubic meters (bcm) per year and is planned to be completed by October 2022 – just before Poland's state-controlled oil and gas company PGNiG will see its long-term import contract with Russia's Gazprom expire.

Diversifying its gas supply away from Russia has been Poland's long-stated aim, prompting it to develop LNG (liquefied natural gas) terminals and other interconnections.

At the start of 2018, PGNiG signed agreements with Gaz-System and Energinet for gas transmission services between 2022 and 2037 worth 8.1 billion zloty (€1.8 billion).

Poland has an annual consumption of about 20 bcm of gas, a figure that is growing as the country shifts from coal- to gas-powered power plants. PGNiG bought 9 bcm of Russian gas in 2020. 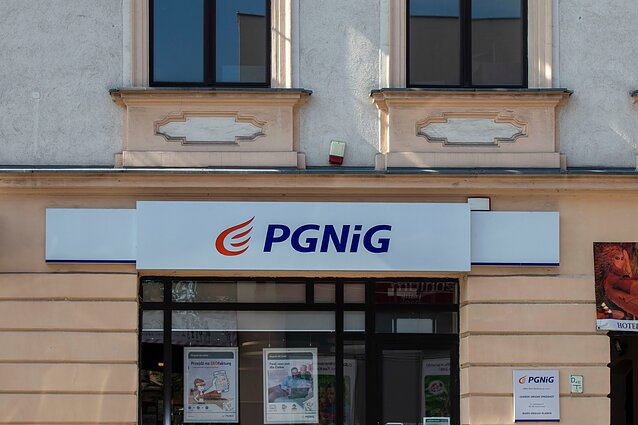 PGNiG CEO Pawel Majewski stressed that the company is ready to continue buying gas from points east. “If the price is attractive, we can buy gas from that direction,” he said.

Piotr Naimski, the government's point man in the energy sector, is politically responsible for the pipeline, and has for years made assurances that gas from Russia will not be needed in Poland after 2022.

Russia, in the meantime, remains open to continue supplying Poland. “Poland is our reliable counterparty with which we cooperate a lot,” Elena Burmistrova, the export chief of Russian gas giant Gazprom, said last month.

The delay to the pipeline has caused concern among some observers, including the United States. “We were disturbed to see the stoppage to that [Baltic Pipe] project on environmental grounds,” Matthew Boyse, deputy assistant secretary at the US State Department, said during a recent webinar organised by US nonprofit Atlantic Council.

Anna Mikulska from the Center for Energy Studies at Rice University thinks the issue could be resolved sooner rather than later. “The expectation is that the permits will be back on track and there will only be a three-month delay,” she told DW, adding that additional costs could likely amount to around €80 million.

But Marian Kaagh, vice president of projects at Energinet, believes the decision by the Danish environment authority may take seven to eight months. 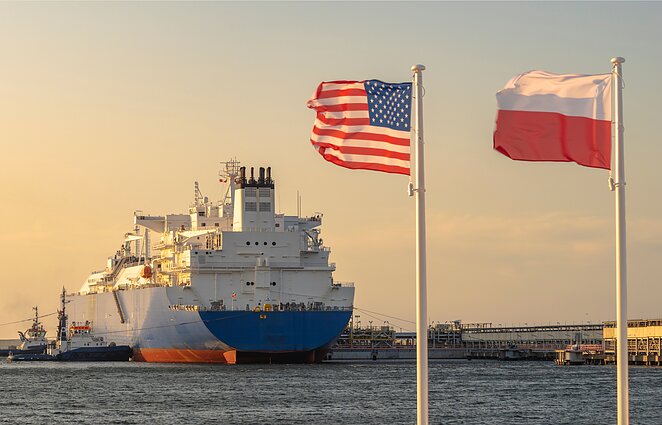 According to S&P Global Platts Analytics, Poland would need other pipelines to operate at full capacity, or would likely be in the market for more Russian gas in the event that the Baltic Pipe project is delayed.

“LNG was already in our forecast model as being well used and the other routes' current firm capacity is not an equal replacement for the Baltic Pipe,” it said in a recent report, referring to existing flows from Germany, the Czech Republic and Ukraine.

Katja Yafimava from the Oxford Institute for Energy Studies thinks that any delay in the Baltic Pipe project “would contribute to Polish gas balance tightness post-2022.” But this was not the only factor, she told DW. “Even if the pipe were to start as planned, only 2 bcm is understood to have been contracted to flow through it — that is just one-quarter of the booked capacity of 8 bcm.”

Another option open for Warsaw would be acceleration of the expansion of Poland's LNG terminal at the northwest Baltic port of Swinoujscie, where current regasification capacity is around 5 bcm per year.

But thanks to a diversified natural gas supply infrastructure, Poland will be able to substitute for potentially lost supply from the Baltic Pipe by buying spot, or on a basis of short-term contracts, including from Gazprom.

Mikulska argued that the additional infrastructure would give Poland bargaining power and make contracts reflect the realities of a competitive market better than contracts negotiated under Gazprom's position as a dominant supplier. 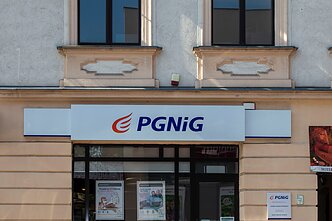 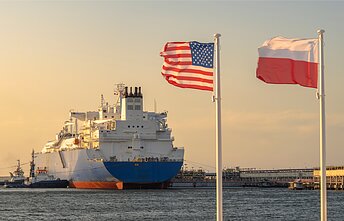 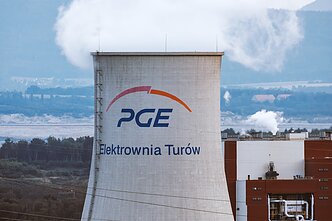 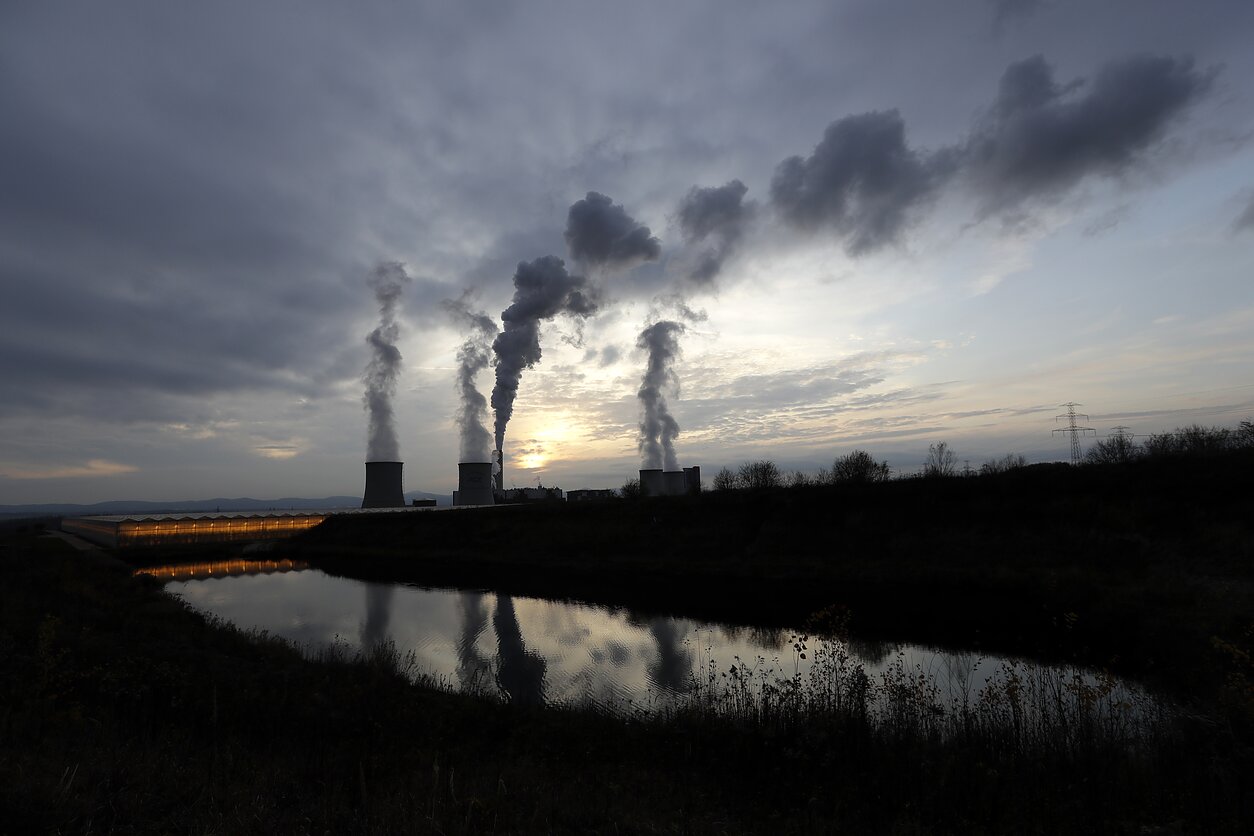 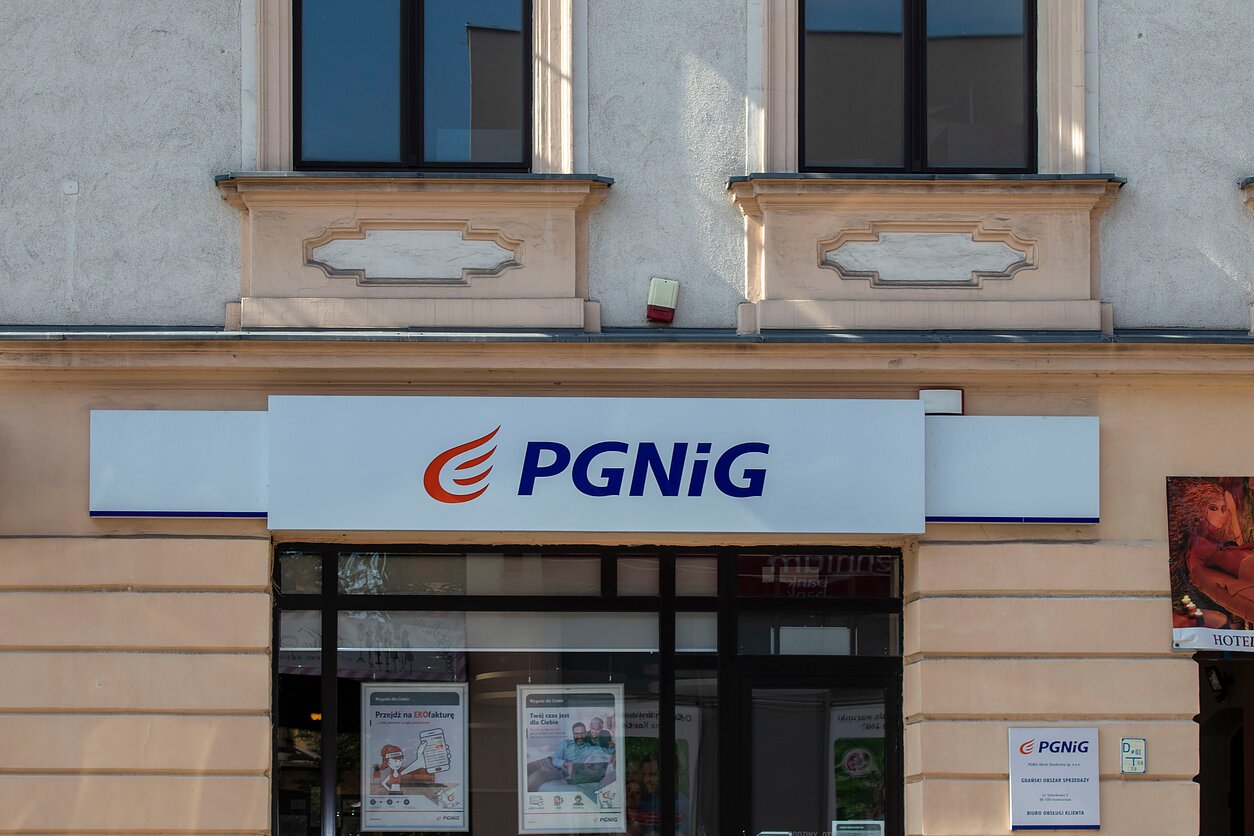 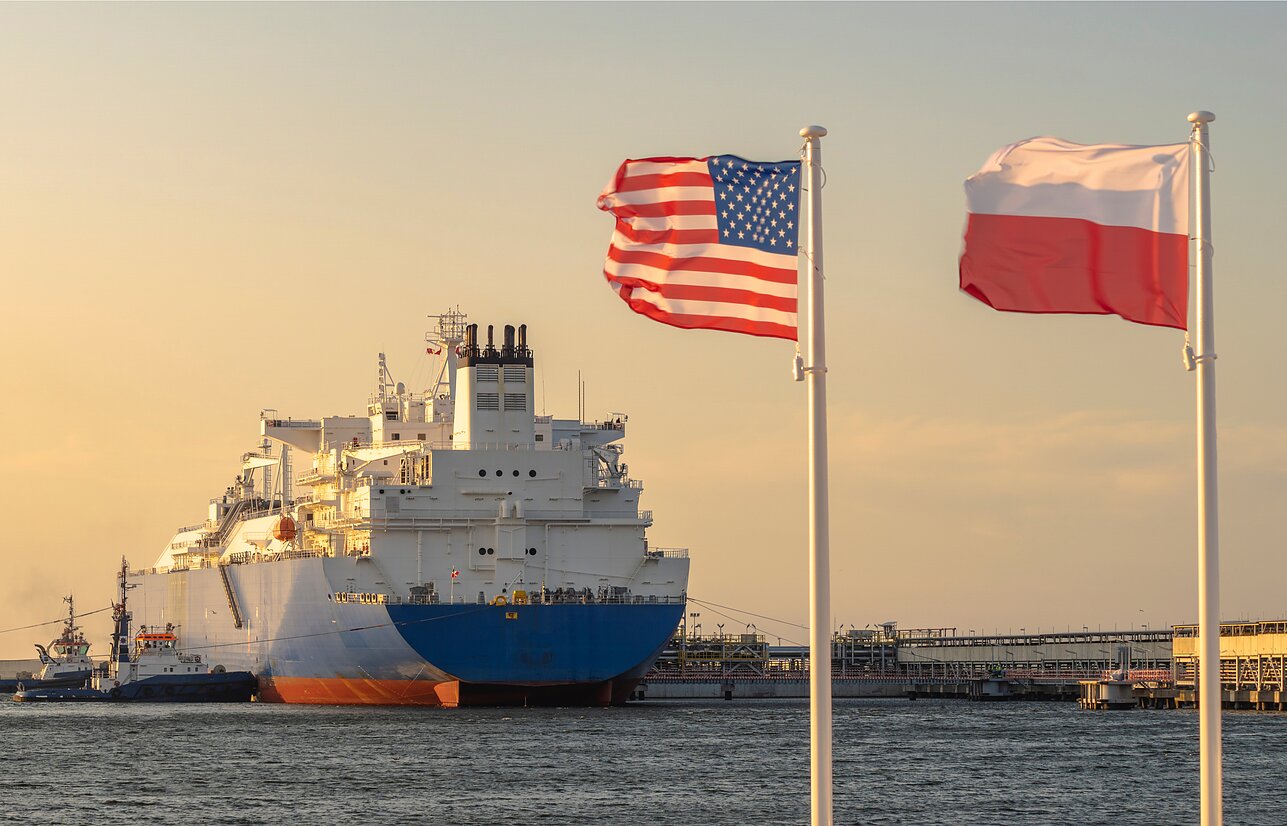 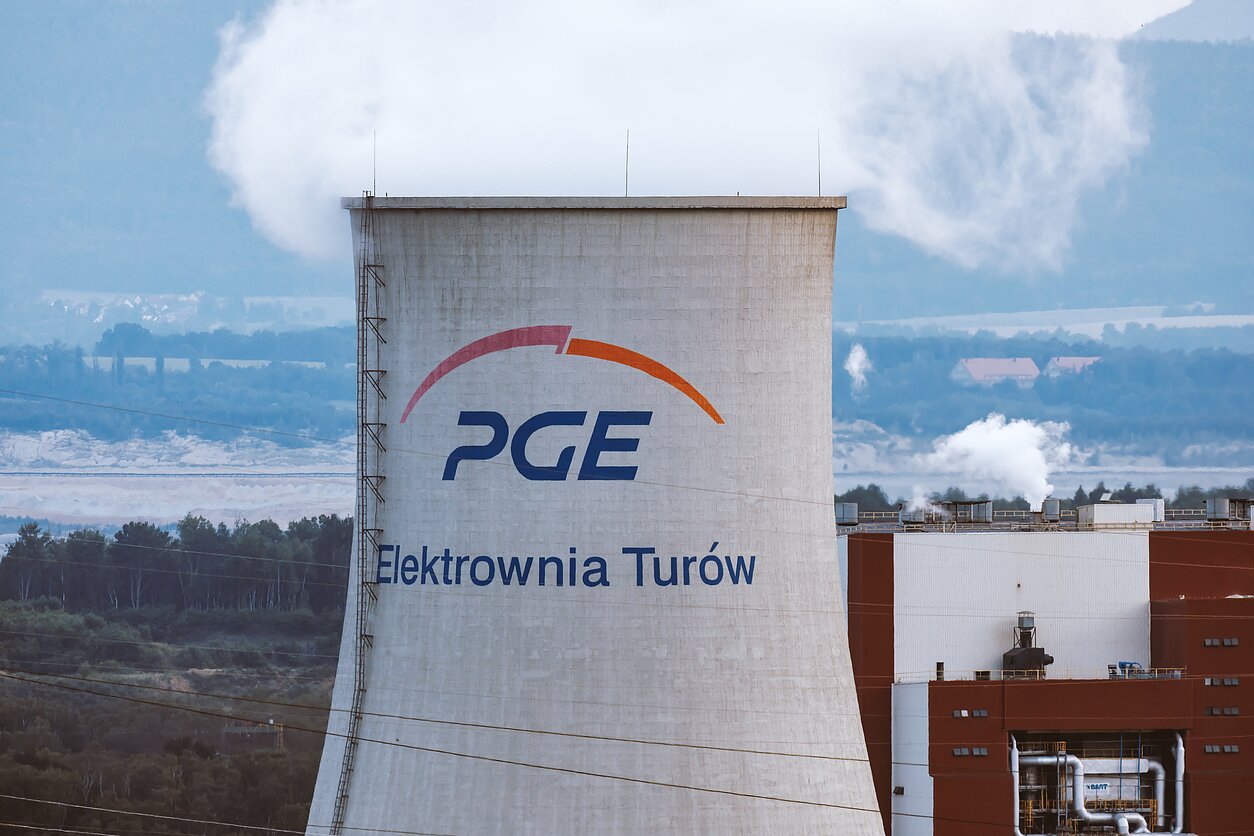