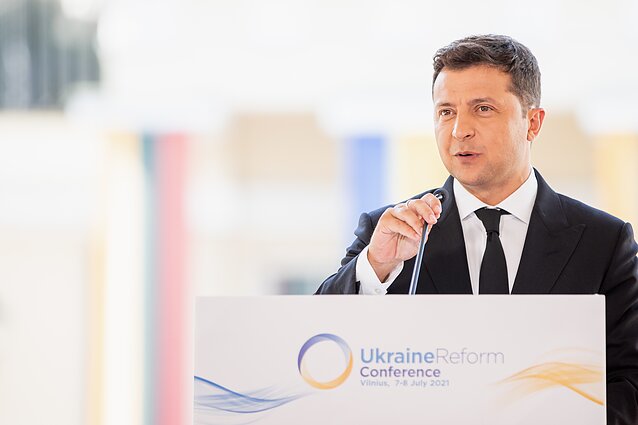 While implementing reforms and rooting out corruption is important for Ukraine, membership in the European Union and NATO is a political decision, the country's president has said.

“I think that the issue of membership in the EU and NATO is partly related to reforms, but these are mostly political issues,” Volodymyr Zelensky said during a news conference in Vilnius on Wednesday.

With a war still raging in Ukraine's eastern Donbass region, the country is implementing reforms relatively fast, Zelenksy said, and the requirements placed on Kyiv are particularly high.

“Speaking frankly about the term, the situation, the environment, the war, about the situation, in which Ukraine implements the reform, I think we are the fastest in Europe today. We are very fast. With minimum red tape as we understand the cost of this time for us. This time costs us people,” the Ukrainian leader said.

“Therefore the process [of implementing reforms] is continuing at a rapid pace as we will not be able to be powerful and strong without reforming Ukraine. We spend a lot of money on our country’s defence. At the same time, however, we also implement reforms in the area of infrastructure,” Zelensky said. 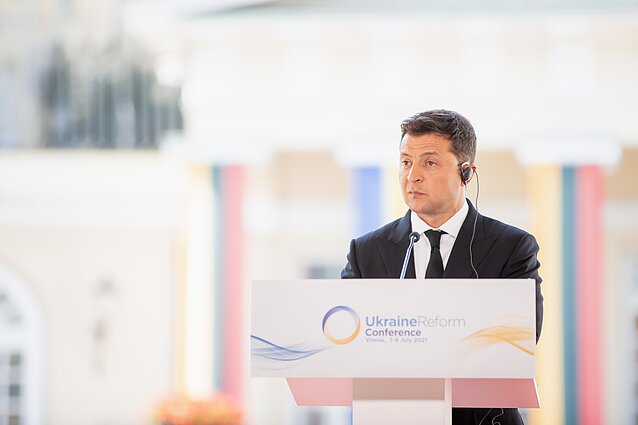 “Thousands of kilometers of modern roads, infrastructure, bridges are being built in Ukraine today. Thousands, not hundreds… Come to Ukraine and see the pace at which we are building Ukraine today, at the time when we have a war in the east, when Russia has annexed Crimea.”

He admitted not being overly optimistic about a clearer perspective for Ukraine's membership in the EU and NATO.

“In my view, the most important thing is that the Ukrainian nation does not lose faith, that the EU certainly sees Ukraine as an equal member, during that time, days or years,” the Ukrainian president said.

He claimed that he felt the support of many countries and EU Council President Charles Michel. Nonetheless, there are countries sceptical about Ukraine’s membership in both the EU and NATO, Zelensky stressed. 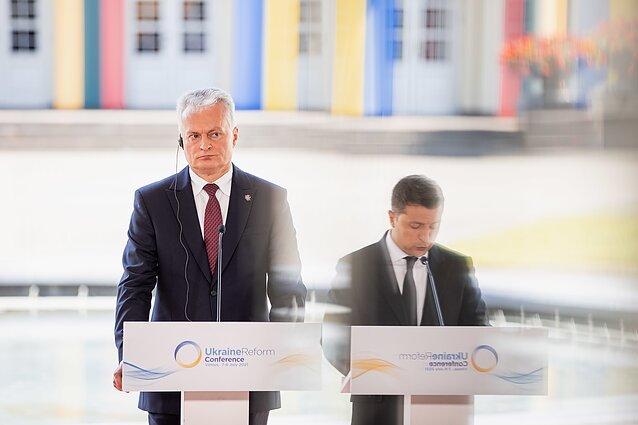 “Can it be that some countries may consider 14,000 [war] fatalities an insufficient price for us to show what the values of the Ukrainians are? Therefore I think that it is wrong. I think the Ukrainians share the European values, I think that our values are identical,” he said.

“It is true, we are different countries, we have different languages and differences in mentality. Yet I think that the values are the same. However, as we see, the cost of EU membership is different,” the Ukrainian leader added.

Lithuanian President Gitanas Nausėda said during the joint news conference that the international community was interested in a flourishing and democratic Ukraine, but also stressed the necessity of reforms in that country.

According to him, Ukraine’s integration into the EU would be impossible “if we do not see clear progress and breakthrough in the implementation of reforms”. 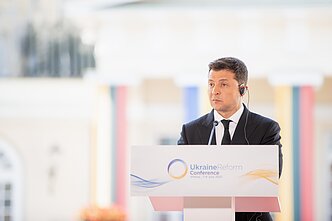 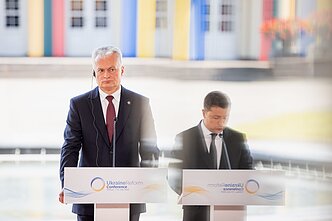 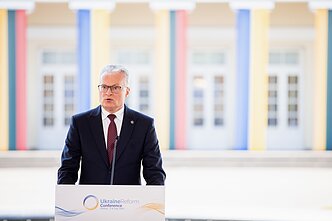