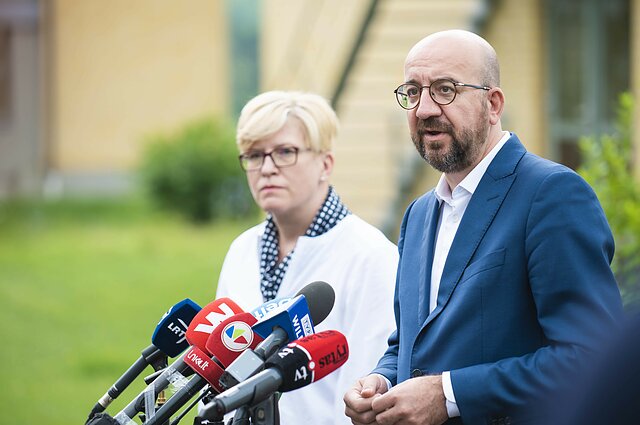 European Council President Charles Michel visited the Lithuanian-Belarusian border on Tuesday and pledged assistance to Lithuania in talking to migrants' countries of origin.

Michel said he would raise the issue next week during his meeting with Iraqi Prime Minister Mustafa al Kadhimi. Most of the irregular migrants recently apprehended in Lithuania come from Iraq.

“I will support attempts by the Lithuanian government to make the return policy possible,” Michel told reporters in Medininkai, Vilnius District. “We will also be in contact with other countries of origin to see how cooperation with these countries could be improved by sending a signal that it’s impossible to get there using illegal tools and instruments.”

Cooperation with the countries of origin would allow identifying incoming migrants without documents and speeding up asylum application procedures, Michel said. 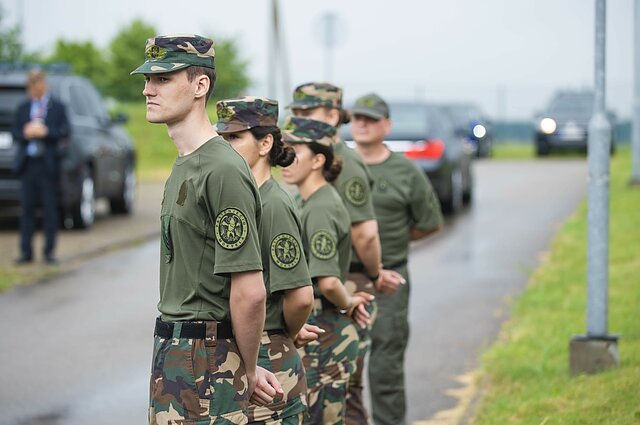 The decisions on granting asylum must be made “with the rights of different incoming people in mind”, he said.

The European Council president was accompanied by Lithuanian Prime Minister Ingrida Šimonytė during his visit to the Belarusian border. She later expressed hope for the EU's assistance in speaking with migrants' countries of origin and transit counties as the EU's negotiating position in such cases is stronger.

Later this month, a Lithuanian delegation will travel to Iraq and Turkey to discuss irregular migration.

“We will go both ways, all ways possible, but I still expect a European solution and a European discussion, since there are just objectively more arguments that can be given to the other side,” Šimonytė said.

Over 1,300 migrants have been stopped by Lithuanian border guards so far this year, which is over a dozen times more than in 2020.

“We are not naïve in Europe, and we are not frightened,” he said. 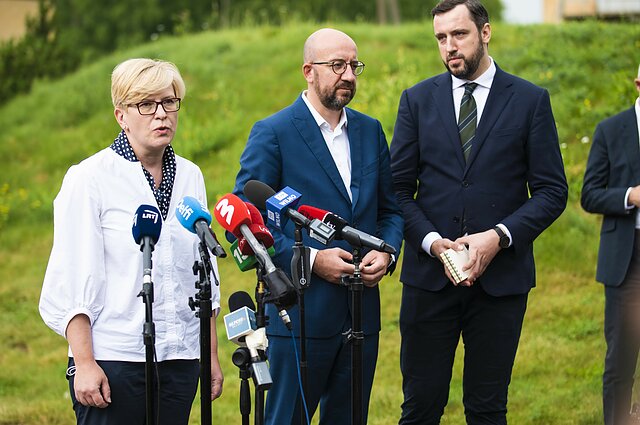 Frontex officers are to come to Lithuania later this month, but Šimonytė says more of the EU's assistance is needed.

“We will try to do everything for Lithuanian government institutions to receive specific support to be able to deal with these difficulties and find specific solutions,” Michel said.

Later on, Šimonytė, Michel and Landsbergis inspected the territory from a helicopter. 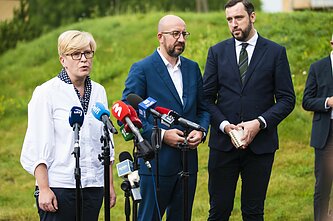 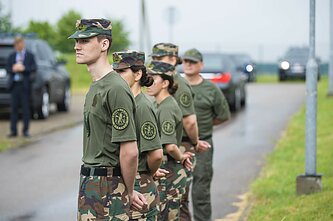