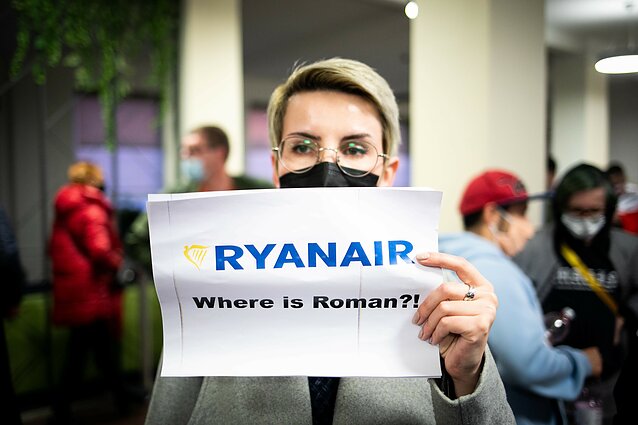 We’re not sure how else to phrase this – Alexander Lukashenko has gone rogue. Waving an alleged letter from Hamas (‘sent’ some 20 minutes after the diversion), the regime grounded a Vilnius-bound plane on Sunday to Minsk in order to arrest a dissident journalist and his partner.

Hamas said “not us”, the world gasped, Lithuania mobilised, but Roman Protasevich and Sofia Sapega, who is also a student at the Vilnius-based Belarusian university-in-exile, the EHU, remain locked up in Minsk.

With some 18 nationalities on board the Ryanair plane, which was intercepted minutes before entering the Lithuanian airspace by a Belarusain fighter jet, the “state-sponsored terrorist act” has impacted more than the Belarusians. In turn, they argue, Lukashenko’s modus operandi has always been the same – only this time it exploded on a world stage.

In an arguably rare show of immediate unity, the EU moved swiftly to impose targeted sanctions. The airspace above Belarus increasingly resembles the emptiness seen over Ukraine's Donbass, the regime a hermit state, and Lukashenko an unhinged dictator.

But will the flight ban hurt Belarusians trying to flee repressions? What will the effect be on the Lithuanian economy? And, finally, will it have any effect on the regime itself? As the story keeps piling up, do follow our dedicated section to keep on top of the updates.

Lithuania has decided to continue easing the quarantine restrictions. Most notable changes include the extension of working hours of bars, cafes, and restaurants, as well as allowing nightclubs to reopen. More people are also allowed to spend time together.

The quarantine easing comes as Lithuania introduced the so-called “opportunity passport”, which allows people with immunity and coronavirus tests to enjoy more pre-corona elements of daily life. Read an explainer by the Economy and Innovation Ministry on how to access it and how it works.

NO TO SAME-SEX PARTNERSHIP

On Tuesday, the Lithuanian parliament rejected a much-debated partnership bill, which came just two votes short of clearing the first hurdle. On the flipside, the bill wasn’t completely thrown out but will be redrafted to be presented to the parliament again in autumn. Read our recap here.

Lithuanian Foreign Minister Gabrielius Landsbergis announced earlier this week that the country is quitting China’s “divisive” 17+1 format. China’s state-controlled media blasted the move as buckling to alleged pressure from the US. This follows earlier moves that have irked China, including Lithuania’s parliament recognising repressions against Uighurs as genocide.

THE ROOP TROOPS BACK

The Roop is back in Lithuania. With the pandemic killing off its, in our humble opinion, catchier On Fire tune from a year ago, The Roop still finished a respectable eighth in the Eurovision finals in Rotterdam. LRT caught up with the trio before they departed from the Netherlands to speak about the song contest, theatrics, and also the alleged coke snorting incident.

An economist and complete political newcomer was elected Lithuania's president exactly two years ago. How has Gitanas Nausėda done so far? He has promised less political bickering and a welfare state for all. He scored an early political victory, but has made missteps that made him the butt of online jokes.

– Conspicuous consumption has not been hit during the pandemic, leading some politicians to suggest that Lithuania may need a tax on luxury.

– Lithuanian Ambassador to Russia Eitvydas Bajarūnas spoke with the Russian radio station Echo of Moscow on the situation of ethnic minorities in Lithuania, and the relations between Russia and Lithuania.

– This year marks the centenary of the Soviet human rights activist Andrei Sakharov. Thirty years ago, a square in Vilnius was named after him, but it now stands neglected.

– In Russia, the fame of Andrei Sakharov has faded even as his experiences are increasingly relevant today. Read a recap about his remarkable life.

– Theatre and religion are two things that Lithuania and Poland have in common. But what if the latter is not enough? 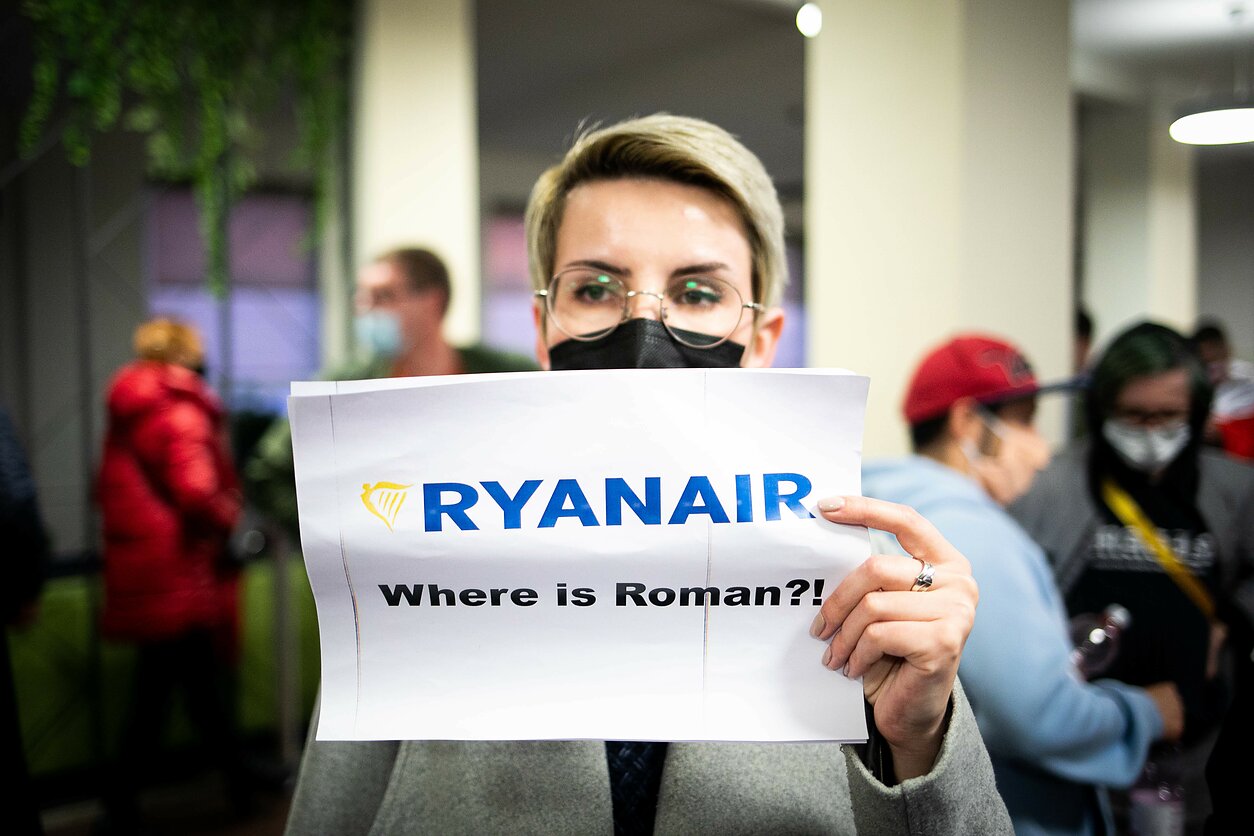 The Ryanair flight from Athens arrives in Vilnius after being forcibly diverted to Minsk.
1 / 1E. Blaževič/LRT