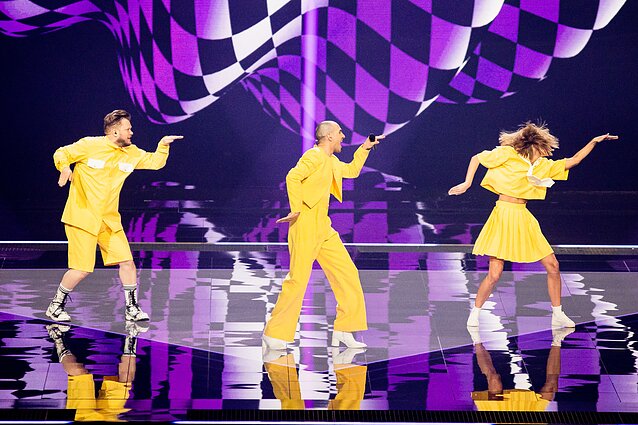 The Roop at the first Eurovision semi-final / J. Stacevičius/LRT

We’re still reeling from last Saturday’s Family Defence March, the big anti-LGBTQ+ and anti-Istanbul Convention rally of some 10,000 people, according to police estimates.

Most controversially, the rally received a recorded greeting from President Gitanas Nausėda, promising to use his office to defend traditional family. Does it mean he would veto the same-sex partnership law – one of the targets of the protesters’ ire – if it came to his desk?

Following criticism that Nausėda was pandering to anti-LGBTQ+ reaction – and seemingly endorsing an event that also included an address by a far-right pro-Kremlin AfD politician – the president’s adviser insisted that he was not greeting the rally, but rather sharing a message with everyone on the International Family Day.

Meanwhile, the Seimas speaker says that the partnership law, which would recognise same-sex unions, will be put to a vote shortly and has the support of the ruling coalition.

OVER THE THIRD WAVE

As daily counts of new infections – and the third Covid wave – seem to be subsiding, the health minister says the country is getting an upper hand in the fight against the pandemic.

Vaccination has played a crucial role, he adds. This week, Lithuania rolled out a national vaccine registration system, with some initial hiccups. The registration hotline was overwhelmed on the first day, receiving up to 400 calls a second.

Moreover, as of this week, vaccination is also available to temporary residents of Lithuania.

With vaccine deliveries increasing, Vilnius has decided to donate some of its shots to Eastern Partnership countries, with the bulk to be sent to Ukraine this coming autumn.

In light of the subsiding infection numbers, the government has agreed to further loosen some quarantine restrictions. Notably, bars and cafes will stay open one hour longer, until 22:00, as of next week.

Lithuania is also rolling out its long-taunted immunity certificate – the so-called ‘opportunity passport’ – which will allow its holders freer access to some services and events. Here’s our summary of who can qualify.

Unfortunately, the pass will only be available to the country’s permanent residents, although visitors can use their vaccination certificates instead.

ON THE YELLOW WAVE

#LithuaniaGoesYellow online and in the streets as the country’s Eurovision hopefuls, The Roop, advance to the competition’s grand finale in Rotterdam. Let’s Discoteque and support (by televoting, if there’s a possibility) Lithuanians this Saturday – we’re hopeful that we can have Eurovision come to Vilnius or Kaunas next year.

ECHOES FROM ISRAEL AND GAZA

Meanwhile, the Lithuanian parliament’s Foreign Affairs Committee has published a statement, unequivocally supporting Israel. This provoked a counter-statement from pro-Palestinian activists, saying that Lithuania, which had been under occupation for half a century, must not side with an occupier.

Lithuania’s ambitions to become Europe’s fintech hub suffered a blow after the FT revealed that a Vilnius-based payment firm may have been used to siphon off over 100 million euros from Wirecard, the German company that went scandalously bust last year. The Lithuanian firm is under investigation, the central bank said, even though it retains its financial services license.

The Lithuanian parliament has adopted a resolution calling repressions against the Uyghur group in China a “genocide” and condemning Beijing’s “crimes against humanity”. The Chinese Embassy immediately hit back with a statement of its own, calling the resolution yet “another shoddy political show based on lies and disinformation”.

– When Lithuania, Latvia, and Estonia regained independence in the 1990s, the dominant free market ideas were uncritically and sometimes fanatically embraced by Baltic leaders, leading to two decades of underdevelopment, says Jeffrey Sommers, a political economy professor at University of Wisconsin-Milwaukee, in an interview with LRT.lt

– The suicide of a doctor in northern Lithuania has reverberated across the country, with colleagues pointing at the deep-rooted problems at the hospital in Šiauliai as well as in the healthcare system.

– In a world where everything we do is political, is art the best form of protest? How can an art performance shift our perspective on social and political issues? Dana Yahalomi (Israel), founder of the Public Movement organization, talks with Laima Kreivytė (Lithuania), an art critic, member of the artistic activist group Cooltūristės, in an episode of the Culture Nerve Podcast.

– Less work, more life? As discussions about shortening the working week take hold in Lithuania, firms in different fields take diverging stances. Among workers themselves, however, the idea is gaining in popularity, according to trade unions.

– Last February, a group led by an activist who is also behind the Family Defence March demanded that an openly gay liberal MP Tomas Vytautas Raskevičius be removed as the chairman of the Human Rights Committee. The group presented a petition, allegedly signed by over 300,000 people. Now, an IT student has come forward, claiming he faked most of the signatures. 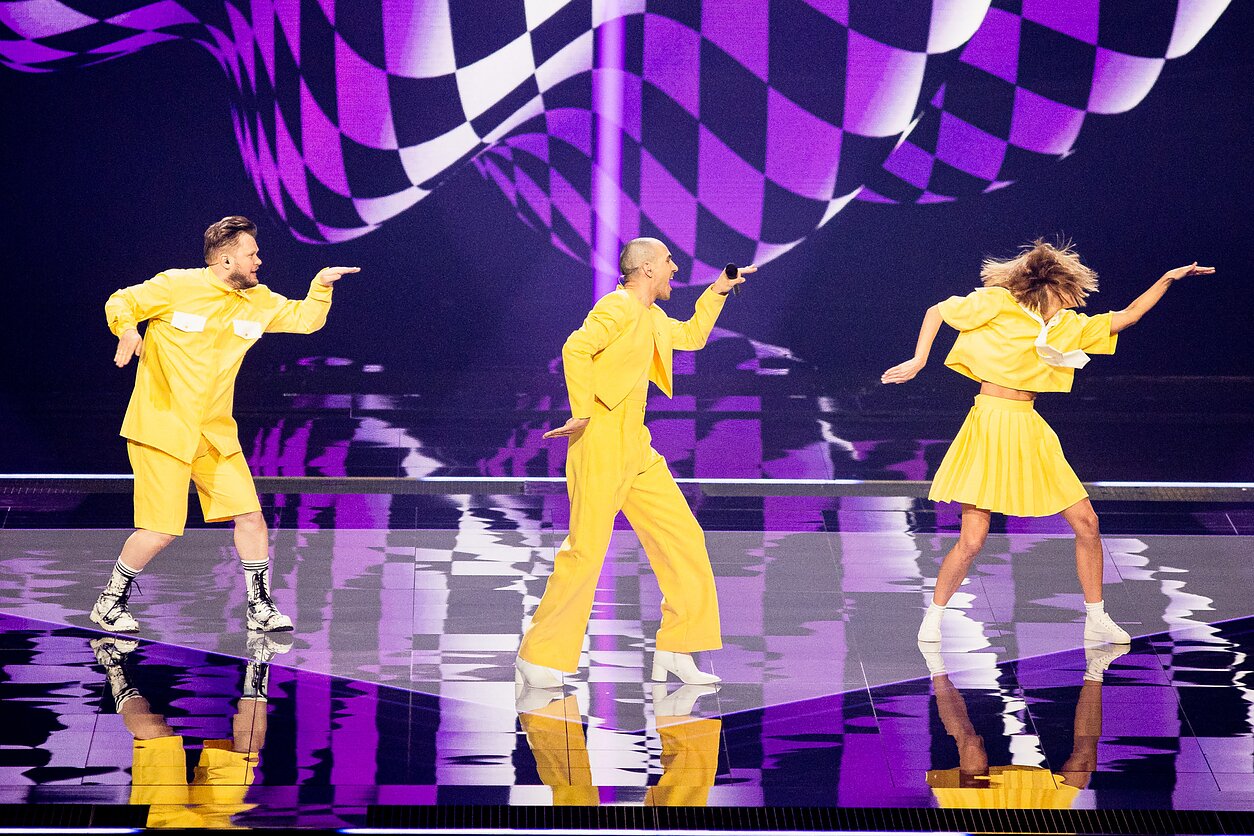 The Roop at the first Eurovision semi-final
1 / 1J. Stacevičius/LRT